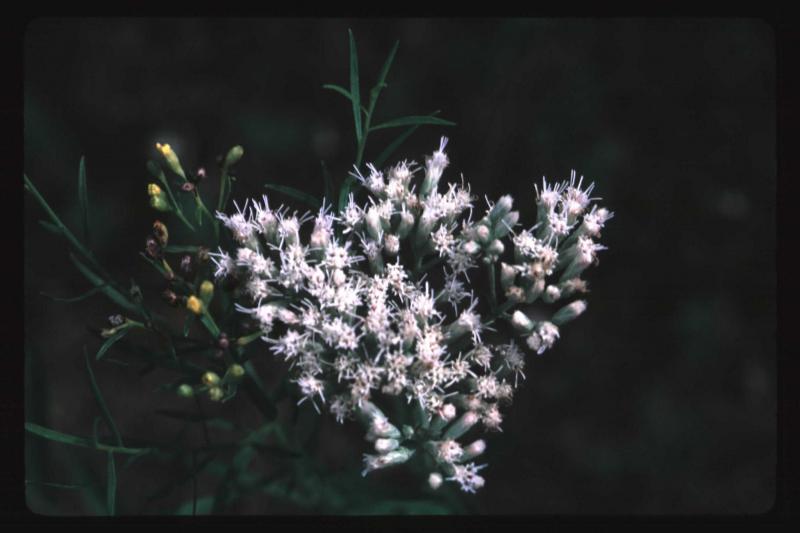 The common name Justiceweed comes from the success for curing the bites of snakes and other poisonous animals by a John Justice of South Carolina in 1800, who people paid for the use of his recipe (Kress 2009). The species name leucolepis means white-scaled and refers to the white-haired bracts beneath the flower heads (Fernald 1950).

This plant has always been rare in New York. There are two existing populations, containing a few plants each. There are three known historical occurrences.

No recent surveys have been done to evaluate short-term trends.

This plant only ever had a few occurrences in New York and future trends will probably not change.

One population along a roadside is threatened by improper mowing regimes.

Research is needed to see if populations can be augmented where they exist.

This herb is currently known from the eastern end of Long Island in Suffolk County, and from a 1990 specimen on Staten Island where it has not been relocated.

This herb grows along the Atlantic and Gulf coastal plains from New York, where it is rare, south to northern Florida and west to eastern Texas. There are a few scattered inland populations in Virginia, West Virginia, Kentucky, and Tennessee south to the Gulf Coast.

Eupatorium leucolepis var. leucolepis is a perennial herb in the aster family growing 40 to 100+ cm tall. The stems are from stout rhizomes or short caudices, are sparsely branched distally, and puberulent throughout (more densely distally and among the flower heads). The leaves are sessile, mostly opposite (distal leaves sometimes alternate) ascending to vertical, 2 to 6 cm long and 0.4 to 1 cm wide. The leaf blades are folded along the midrib (the central vein), curved, and lance-oblong to linear-oblong in shape with acute tips, rounded bases, and pinnate nerves. Their margins may be entire or serrate, and are hairy and dotted with glands. The principal leaves have fascicles of much-reduced leaves emerging from their axils. The infloresence is of discoid flowers only, arranged into corymbiform (flat or round-topped) heads of 5 florets each. The corollas are white and 3-3.5 mm, and the calices form pappi of 30-40 bristles, 4 to 4.5 mm long. There are 8-10 phyllaries (involucral bracts) in 2 to 3 rows, each 2.5 to 8 mm long, acuminate to attenuate, and pubescent and gland-dotted on their outer (abaxial) sides.

Stems of flowering or fruiting specimens with leaves are necessary for identification.

The time of year you would expect to find White-bracted Boneset vegetative, flowering, and fruiting in New York. 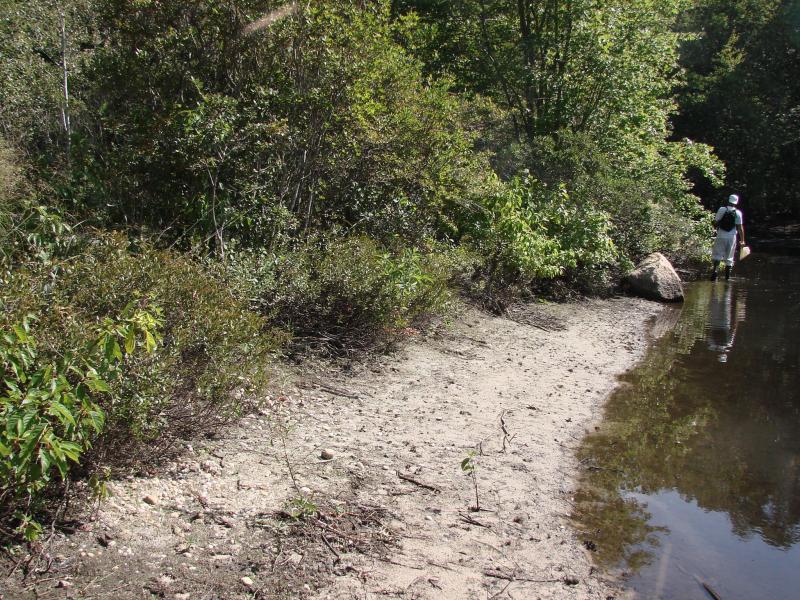 The variety name was dropped on June 14, 2000 to conform with Mitchell's New York State checklist; the other variety of this species does not occur in New York.