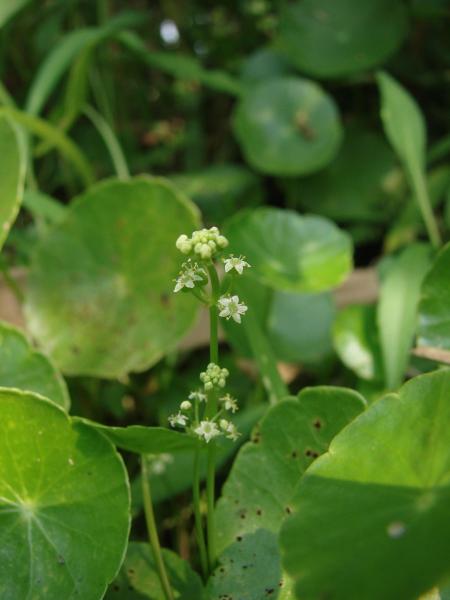 Heritage Botanist Steve Young discovered that some of the sites previously documented for this species were actually plants of Hydrocotyle umbellata that had produced more than one whorl of flowers thus resembling Hydrocotyle verticillata.

There are three existing populations but only one of them is large. The other two have less than 50 plants each. There is only one other record that has not been found, from 1910 in Smithtown.

There has not been enough recent fieldwork to evaluate short-term trends. An updated is needed at the largest population.

This plant has always been rare in New York and continues to survive in only a few populations.

Succession of shrubby vegetation may be a threat depending upon water level fluctuations.

Shrub encroachment on the populations should be monitored. Target shrub removal as needed to maintain the habitat.

Research is needed to find out whether small populations can be propagated and augmented.

The plants grow on the sandy or gravelly shores of large freshwater ponds.

This small herb is currently known from eastern Long island and Staten Island.

This small herb has a wide distribution across the southern half of the United States from California across Oklahoma and Texas east to the Delmarva Peninsula and New Jersey. It reaches its northern limits and is considered rare in Oregon and Utah in the West, Missouri in the Midwest, as well as New York and southern New England in the East.

Whorled pennywort is a low rhizomatous plant that usually occurs in masses. The leaves are round and peltate with 8-14 shallow lobes. the inflorescence is a simple spike of 1-3 whorls of tiny flowers on short peduncles with rarely more than 7 flowers in a whorl. The fruits are 3-4 millimeters wide and level or rounded at the base.

The only way to identify this species is by seeing it in flower or fruit.

Hydrocotyle umbellata has identical leaves and it usually only has one whorl of more than 10 flowers that are on long peduncles. Sometimes it has two whorls and looks like H. verticillata but H. umbellata has more flowers, the peduncles are longer, and the base of the fruit is distinctly notched.

It flowers in July through August and fruits in August through October. In August it can have flowers and fruits on the same plant.

The time of year you would expect to find Whorled-pennywort flowering and fruiting in New York. 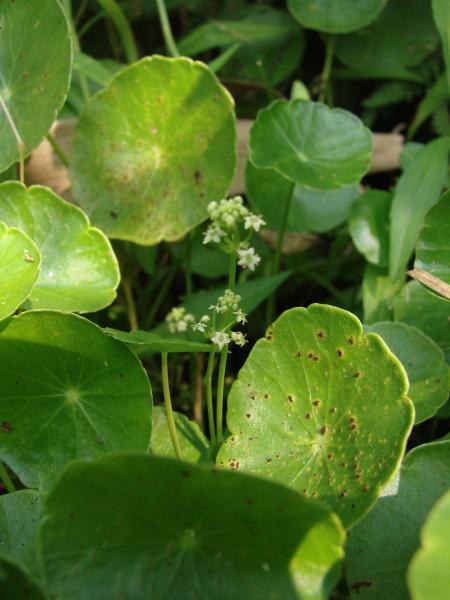 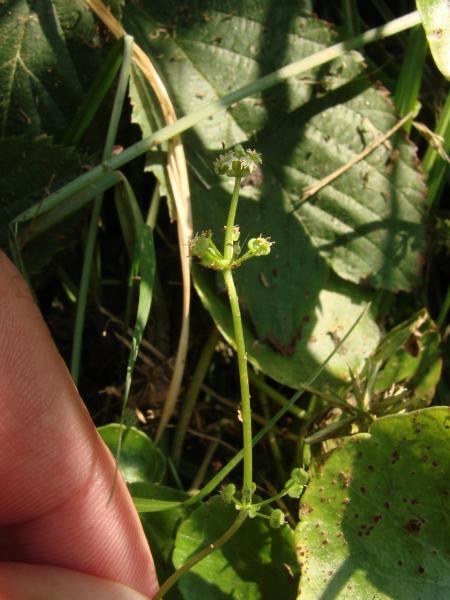 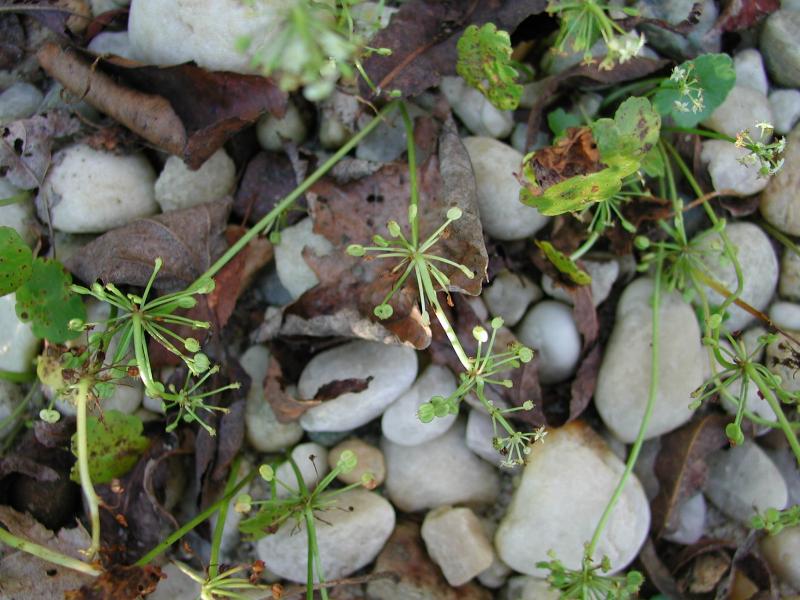