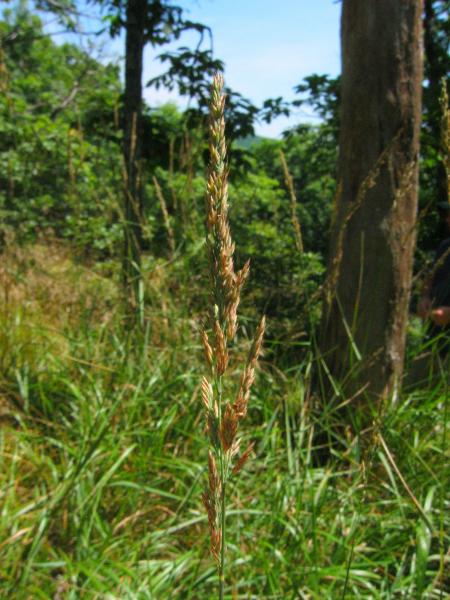 Calamagrostis perplexa is one of only a few plant species endemic to New York State, meaning that it is native only to our state and no where else in the world. However, it has recently been found near the Massachusetts border. With future fieldwork, new discoveries may compel New York botanists to share this globally rare species with our neighbors.

The three known sites in New York are the only verified occurrences in the world.

Additional surveys are needed to determine short-term trends for this species. One of its two confirmed locations it has not been surveyed since 1992.

One site has had a population of several thousand stems (which may be one genetic individual) persist for at least 111 years. The other site was only recently discovered and so lacks long-term population trend data.

No threats are apparent.

This species is suspected to be a sterile hybrid between Calamagrostis porteri and C. canadensis. Additional research is needed to confirm this.

Each of the known sites for Calamagrostis perplexa are on dry, rocky, west-facing ridges between 1300 and 1800 feet. The soils are rocky and somewhat acid. These sites have oak-dominated canopies with abundant openings dominated by grasses and sedges. There is fairly abundant habitat of this type in the state, and the species may have been overlooked in the past (New York Natural Heritage Program 2009).

Calamagrostis perplexa has been confirmed at only 3 locations in eastern and central New York State, in Columbia, Tompkins, and Ulster counties.

Currently Calamagrostis perplexa is known globally from only 3 counties in central and eastern New York.

Calamagrostis perplexa is a perennial grass which may grow up to 1.2 m tall, either in clumps or spreading by underground stems (rhizomes). Its leaves are lax, 10 to 30 cm long and 3 to 6 mm broad, minutely scabrous (rough-hairy) on both sides, slighly glaucous (whitish) above and darker green below with tufts of hairs between the leaf sheath and the blade (Greene 1980). The stems are topped by a lax or nodding panicle (the inflorescence) 10 to 18 cm long (the longer branches are 5 to 6.5 cm long). As in all grasses, the small, inconspicuous flowers occur in scaly structures called spikelets. In the genus Calamagrostis each spikelet contains only one flower. In Wood Reedgrass one of these scales (the lemma) has a stout, twisted, bent tip (an awn) 2 to 3 mm long. The spikelets are 3 to 3.5 mm long, with 2-3 mm long hairs at the callus (the base of the lemma) (Greene 1980).

Mature fruit are needed for positive identification of this species.

Calamagrostis perplexa may have originated as a hybrid between C. canadensis and C. porteri, and possesses some characteristics of each: the dry rocky habitat, leaves glaucous above and thick, twisted awns resemble those of C. porteri, while the lax or nodding panicle, longer callus-hairs, and sometimes branching culms resemble those of C. canadensis (Gleason and Cronquist 1991).

Wood Reedgrass flowers in mid-summer and the fruits persist from mid-July into the fall.

The time of year you would expect to find Clausen's Reed Grass fruiting in New York. 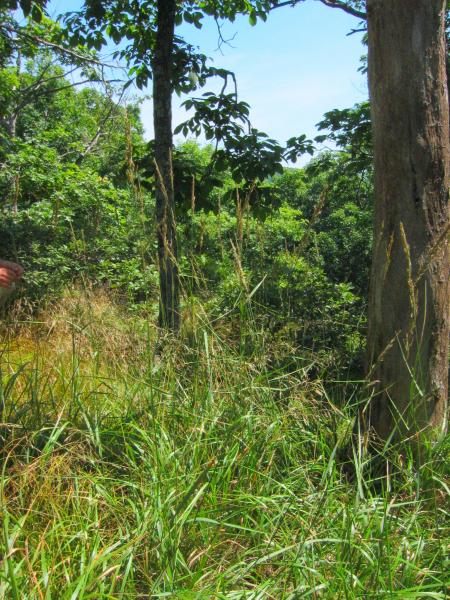 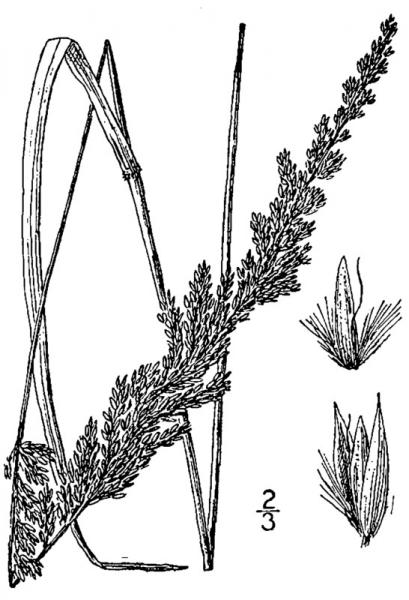