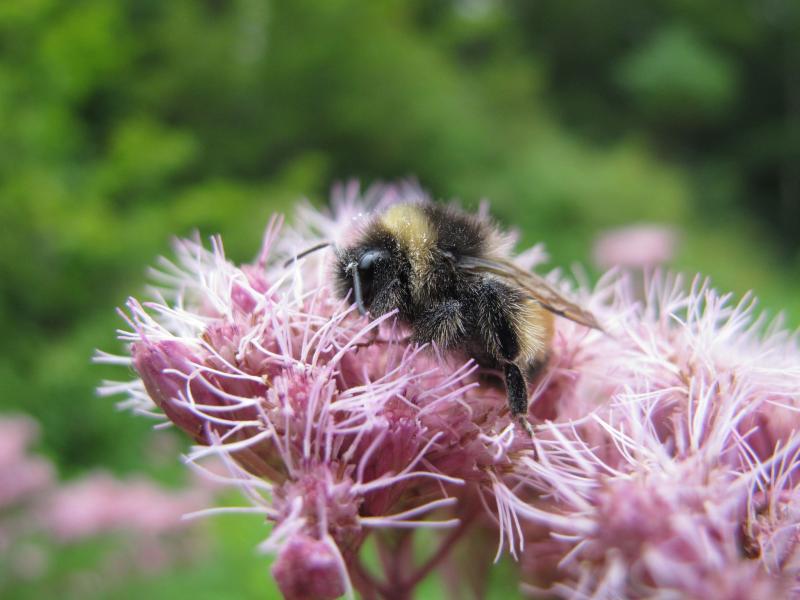 There are few records of this species located in New York since 2000 despite increased survey effort, and there is evidence of a sharp decline in population, both short-term and long-term (Richardson 2013 and Yanega 2013). In addition, this subgenus (Bombus) has been shown to be significantly more infected by the pathogen Nosema bombi than bumble bees of other subgenera (Cameron et al. 2011).

Species in the subgenus Bombus have declined 99-100% in most of the Northeast (Schweitzer and Sears 2013). The same is true for New York when comparing known post-2000 records to the number of records in the decade prior based on presence of B. terricola in proportion to the bumble bee populations in those years as a whole (data from Richardson 2013 and Yanega 2013).

Species in the subgenus Bombus have declined 99% in New York when comparing known post-2000 records to the number of records in pre-2000 based on presence of B. terricola in proportion to the bumble bee populations in those years as a whole (data from Richardson 2013 and Yanega 2013).

The primary threat to species in the subgenus Bombus leading to their rapid, recent decline has been attributed to exotic pathogens. Cameron et al. (2011) showed a higher proportion of B. terricola individuals infected by the pathogen Nosema bombi than other bumble bees with stable global populations. In addition, habitat loss, insecticides, and urbanization are known long-term threats for many bumble bees (Schweitzer et al. 2012).

Limiting exposure of yellowbanded bumble bee to insecticides would also benefit them. Suggested actions include avoidance of application to flowers that bumble bees are attracted to and application of solutions or soluble powders (rather than dusts or wettable powders) to the ground in calm wind and warmer tempertures during periods of dewless nights to minimize the impact to resident bumble bee populations (Schweitzer et al. 2012). Organic farming has also been suggested to benefit bumble bees.

Ensuring habitat resources for foraging, nesting, and overwintering will also benefit B. terricola. Habitats for these needs should be within close proximity to each other and without road or railroads between them, which may be barriers to dispersal. Suggested actions for habitat managment should include ensuring nectar availability throughout the spring and summer by improving flower abundance and species richness and species with overlapping blooms. Select food plants for B. terricola include willows, roses, honeysuckles, goldenrods, asters, Vaccinium, and Rubus (Colla et al. 2011). If mowing of fields occurs, summer is the best time and mower blades should be raised to avoid ground nests. Staggering cutting times in different field areas will ensure nectaring sources are always available. Increasing available nesting habitat may be accomplished by reducing tillage in fields, leaving unplowed strips vegetated, or even providing artificial nesting boxes. Managing for rodents and ground-nesting birds should also benefit bumble bees (Schweitzer et al. 2012).

Bumble bees are generalist foragers and need nesting habitat in the spring, flowers for adult and larval nutrition throughout the spring and summer, and sites for queens to overwinter. Bumble bees that are underground nesters such as this species often use abandoned rodent nests in south facing exposures. Foraging habitat should include flower abundance and species richness with overlapping blooms to ensure nectar availability throughout the growing season (Schweitzer et al. 2012). Select food plants for B. terricola include on willows, roses, honeysuckles, goldenrods, asters, Vaccinium, and Rubus (Colla et al. 2011). Suitable sites for bumble bees to overwinter may include rotting logs, mulch, or loose soil (Schweitzer et al. 2012).

The yellowbanded bumble bee has been confirmed in locations from four counties post-2000: Albany, Essex, Franklin, and Thompkins. This species has suffered rapid, recent declines, attributed mainly to exotic pathogens and insecticide use, but also faces other threats. More inventories are needed to determine the full extent of its statewide range.

The current full range for yellowbanded bumble bees is not fully known, but they appear to be distributed from Nova Scotia to Tennessee in eastern North America. Their historical range included southern Canada from Newfoundland west to British Columbia (NatureServe 2015). However, many states and provinces have not yet assessed their conservation status.

Yellowbanded bumble bee queens and workers have yellow hair on the front of the thorax and abdominal segments two and three. Other areas are black except for brown to yellowish hairs on the far edge of abdominal segment five. Males have similar coloration to females, with the addition of long, pale, yellow hair on the front of the face and top of the head (Evans et al. 2008, Evans 2009). Queens are generally larger than workers and males (17-19 mm long, 9-10 mm wide). Workers are 8-15 mm long and 5-8 mm wide and males range from 13-17 mm long and 6-8 mm wide (Evans et al. 2008).

Bumble bee queens hibernate over the winter, emerge in the spring, locate a nest site, and rear young (workers, males, and new queens). After new queens and males mate, all males, workers, and old queens die by the beginning of winter and new queens settle into sites to overwinter (Schweitzer et al. 2012). The best time to see queens would be early spring. Adults may be observed throughout the active months of April into November.

The time of year you would expect to find Yellow-banded Bumble Bee present, active, and reproducing in New York. 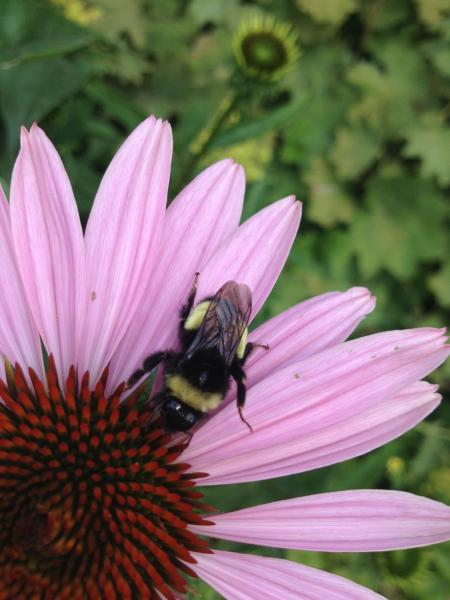 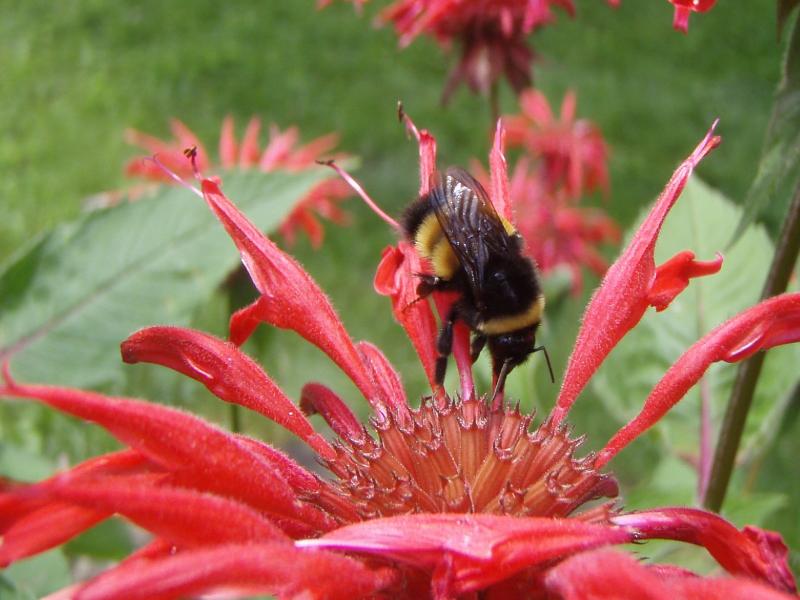