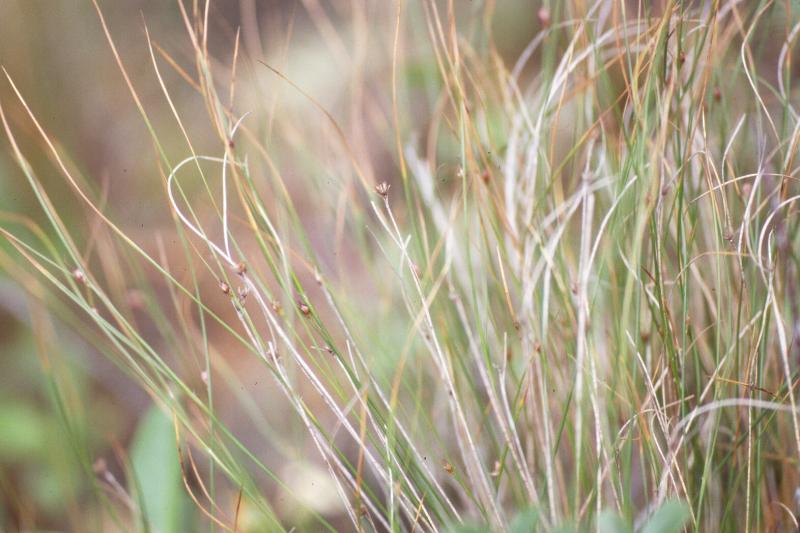 This is the dominant Juncus species found in the alpine habitat of the Adirondacks. The species name trifidus means three-forked, and is probably in reference to the often three parted ear-like appendages at the base of the leaf blades, or perhaps to the character of the three upper leaves, often being just below the flowers. These two features make this rush easy to identify in the field.

Five of the ten known extant populations were first discovered within the past 25 years. It is likely that these are not new populations but rather were overlooked in the past. Four populations have fewer than 50 plants, but clear short-term trends at these and other populations are unknown.

There are three or four populations that have not been seen in over 20 years but survey work is needed to determine if they have become extirpated. Five of the ten known extant populations were first discovered within the past 25 years. It is likely that these are not new populations but rather were overlooked in the past. Overall, long-term trends are unclear.

A few populations are threatened, at least in part, because of trampling by hiker traffic. One population occurs on cliffs in a crevice where a trail goes through. These plants are subject to picking by hikers.

The three or four populations only known from historical records need to be inventoried. A few known extant sites need to be surveyed to better assess their current condition.

In New York, Juncus trifidus occurs in two main areas: the high peaks of the Adirondacks and the Shawangunk Ridge in the southeastern part of the state. In the Adirondacks it occurs in the alpine regions of some of the highest mountains, and on slightly lower exposed cliffs and ledges. The plants grow in open alpine meadows, rock outcrops, cliffs, and ledges, often in thin soil over granitic or anorthosite bedrock. In the Shawangunks, this species grows on vertical cliffs and ledges of conglomerate bedrock, and at one location from a sandy lake shore (New York Natural Heritage Program 2007). Mostly in crevices of granitic (schistose) cliffs or rubble slopes in the higher regions of the Appalachians (Brooks and Clemants 2000). Rock crevices and alpine meadows (Gleason and Cronquist 1991). Dry, granitic conglomerate or quartzite ledges in New York; elsewhere also occurring on dry barrens and sands (Clemants 1990). Arctic region south to acid or sterile rocky or sandy barrens and mountains of Newfoundland and bare mountains of Quebec, northern New England, and northern New York. Dry cliffs and crests of central New Hampshire to eastern New York and south to the mountains of North Carolina (Fernald 1970).

In New York, Juncus trifidus is restricted to the high peaks region of the Adirondacks and the Shawangunks in the southeastern part of the state.

This species occurs in Europe, Asia, and North America. In North America it grows from Greenland and northern Quebec south to the high mountains of northern New England and the Adirondacks, disjunct in the Shawangunks in southeastern New York, and disjunct to the highest mountains of the southeastern United States (West Virginia, Virginia, and North Carolina) (Brooks and Clemants 2000, Weakley 2006).

Arctic rush is a tufted grass-like perennial. It is mostly composed of fine rounded stems 10-40 cm tall. At the base of the stems are a few inconspicuous scale-like structures. A few leaves also occur on the stems, often just below the flowers. The leaves have tiny teeth, and their blades are up to 6 cm long. There are between 1-3 small flowers at the top of the stem. As with all rushes, each flower has 6 small petal-like structures (tepals). The flowers develop into capsules 2.2-3.5 mm long, which at maturity open to reveal brown seeds 0.9-1.3 mm long (Brooks and Clemants 2000).

Arctic Rush can be separated from other Juncus species by its combination of serrulate leaf blades, having the upper 1-4 leaves often just below the inflorescences, and having only 1-3(-4) flowered inflorescences.

Juncus trifidus starts to flower and fruit in June and fruits may persist through September.

The time of year you would expect to find Highland Rush fruiting in New York. 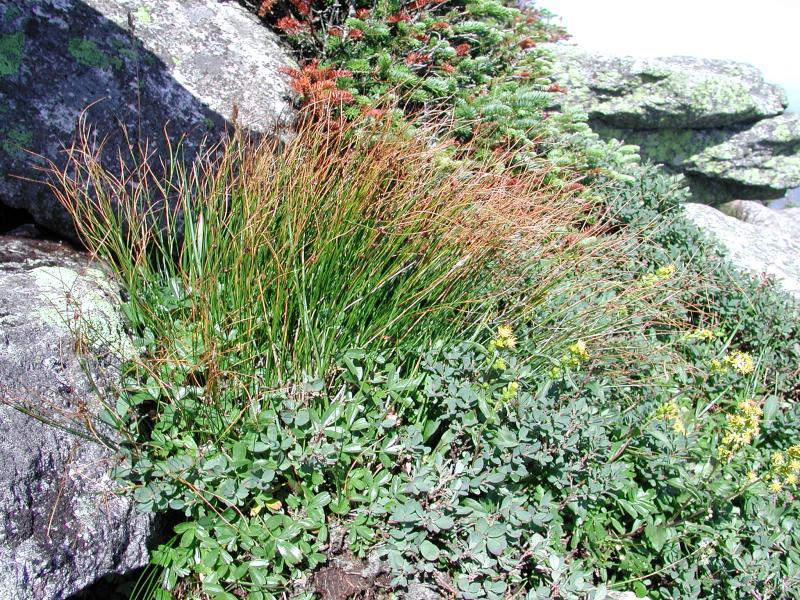 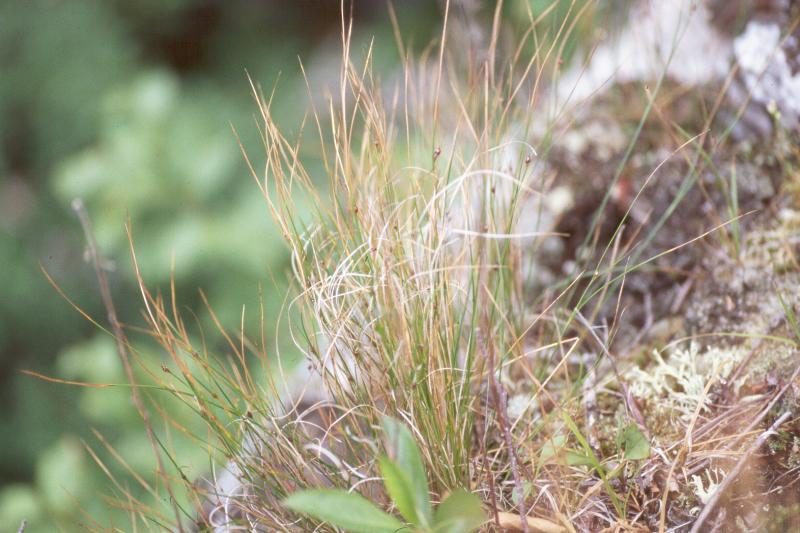 Work by Drábková (2003) shows that Juncus trifidus is more closely related (and sister) to Luzula than Juncus. More work is needed to confirm the placement of J. trifidus. Hämet-Ahti (1980) considers some North American plants, as J. trifidus ssp. carolinianus, distinct from European and Asia plants. Clemants (1990) disagrees with her assessment and places ssp. carolinianus in synonymy. The taxon J. monanthos (which is sometimes recognized as a variety or subspecies of J. trifidus) has been misapplied to North American plants. If recognized, it is strictly an old world taxon. Brooks and Clemants (2000) place it in synonymy of J. trifidus.