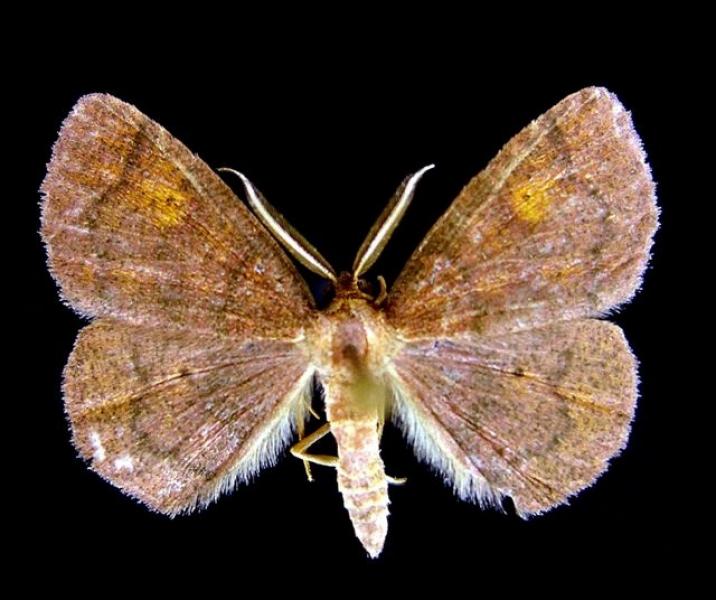 The grip of the caterpillar is strong making it difficult to remove from the foodplant (Wagner et al. 2001).

Both Covell (1984) and Forbes (1948) consider this species rare in the north. There is one known occurrence in Suffolk County.

Specific threats to this species are unknown. Development and insecticide use are general threats. Also, this species is attracted to artificial lighting. Artificial lighting can: increase predation risk, disrupt behaviors such as feeding, flight, and reproduction, and interfere with dispersal between habitat patches. In addition, many individuals die near the light source. It is not known if the impact of artificial lighting is severe, but the impact is likely greater for small, isolated populations (Schweitzer et al. 2011).

Insecticide use should be avoided when possible if rare species are present. When insecticide use cannot be avoided, careful planning along with consistent rare species monitoring, can result in successful eradication of the target species without eliminating rare species. A biocontrol alternative is Bacillus thuringiensis (Btk) for some target species, such as spongy moths. However, sensitivity to Btk varies among native species and this option should be fully researched for treatment timing and regimes and weighed with other options to have the least impact on native lepidopteran populations (Schweitzer et al. 2011).

Additional research is needed in New York to determine the number of broods and specific habitat needs.

There is one extant location for this species in Suffolk County.

Black-dotted ruddy is found from Massachusetts south to Florida and Texas and west to Wisconsin.

This species has a wingspan of 2.1-3.1 cm. Covell (1984) describes the wings as deep orange to dull reddish- brown. There are three dark, indistinct lines. The postmedial line on the forewing is irregular with outwardly whitish dots. All wings have sharply-defined black discal dots (Covell 1984). The body color of the caterpillar ranges from green to brown. The green form can be somewhat translucent. It is free of warts or any other swellings. Mature larvae are under 2.5 cm (Wagner et al. 2001).

The larval foodplant is Holly (Ilex spp.). American holly may be the only host in the Northeast (Wagner et al. 2001).

This species is most abundant as adults in July. Schweitzer (1998) states that they are present from March to December in New Jersey with peaks in July and October.

The time of year you would expect to find Black-dotted Ruddy present and active in New York.

Information for this guide was last updated on: June 27, 2012