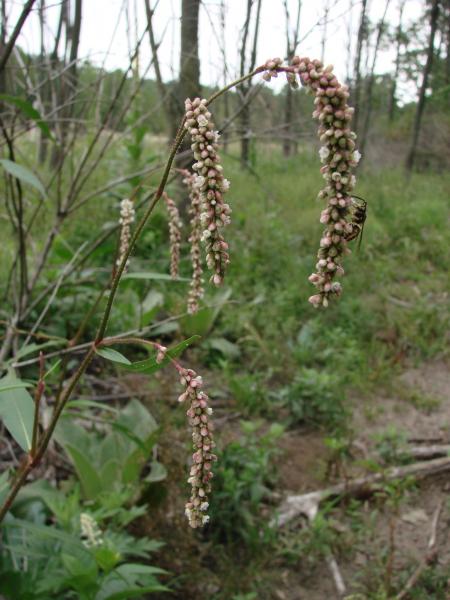 This is the only species of smartweed in New York that has big drooping spikes of pink flowers on glandular hairy red stems. Its seeds may lie dormant underwater for many years until water levels lower and the plants germinate. The species was named by Stephen Thayer Olney, a Rhode Island botanist, after John Carey, an English botanist who travelled to the United States in 1830-1852. He worked with Asa Gray in North Carolina in 1841 and returned to England in 1852. He contributed sections on Carex and Salix to Asa Gray's 1848 Manual of the Botany of the Northern United States (John Carey in The Darwin Correspondence Project, www.darwinproject.ac.uk, accessed 16 November 2007).

There are only seven existing populations and all of them are either small or under some threat by human disturbance or invasive species. There are 17 historical records and some of these may be rediscovered when shoreline conditions are right for germination and growth. About five of these records have been destroyed by development in the New York City area.

More surveys are needed to determine short-term trends especially since most occurrences have low numbers of plants and occur in habitats where they do not appear every year.

Many historical records occured in areas that have been developed and present sites occur in areas that are subject to human disturbance. The species was probably much more common in the past.

Prevent human disturbance of shoreline populations during the growing season and prevent the destruction of habitat by Phragmites or other shoreline invasives.

Research is needed to determine how long populations can survive through seed banking and when to consider a population extirpated if habitat still exists. Management techniques for water level changes should be studied to determine the optimum levels for preservation of shoreline populations.

In New York Carey's Smartweed has been collected from a broad variety of sites, including coastal plain pond shores, roadside and powerline right-of-ways,and talus slopes. All of these sites are at least intermittently wet; some have peaty or mucky soils, some sandy, and some a mixture. More information on the habitat requirements of this species, which may well vary within its range from Canada to Long Island, is needed (New York Natural Heritage Program 2007). Low thickets, swamps, recent burns, clearings and cultivated ground (Fernald 1970). Moist or wet ground, fields, roadsides and meadows (Gleason & Cronquist 1991).

This plant has been observed at scattered locations in eastern New York from the northern tip of the state (Clinton County) to Long Island. There is also a single historical record from Onondaga County in Central New York.

Carey's Smartweed is found from New Brunswick to Ontario, and south to Minnesota, Illinois, Kentucky, and Maryland. It is a species of conservation concern in much of its range.

Persicaria careyi is an annual species growing up to 1.5 m tall. The leaves have stipules that unite to form a sheath around the stem (an ocrea), characteristic of the family; in this species the ocrea has a bristly fringe around the summit. The leaves are lance-shaped, 6-18 cm long and only 1-3.5 cm wide, and covered with rough hairs. The flowers are borne in tightly packed, drooping racemes, and are rose-colored to purple, 5-parted and united at the base. The upper stem and the pedicels are covered with glandular hairs.

Persicaria careyi is best identified when flowers or mature fruit are present.

Persicaria careyi is the only species of Persicaria in New York that has a glandular upper stem and drooping, rosy-colored flowers.

The time of year you would expect to find Carey's Smartweed flowering and fruiting in New York. 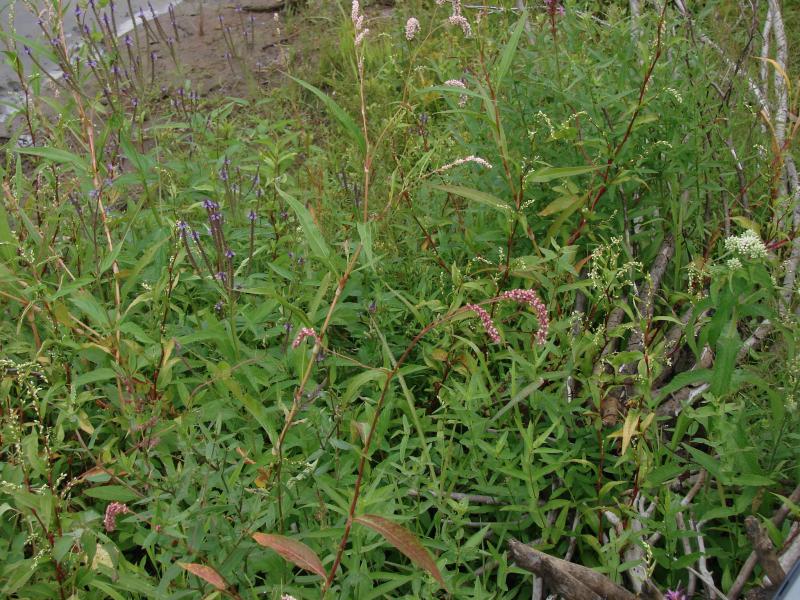 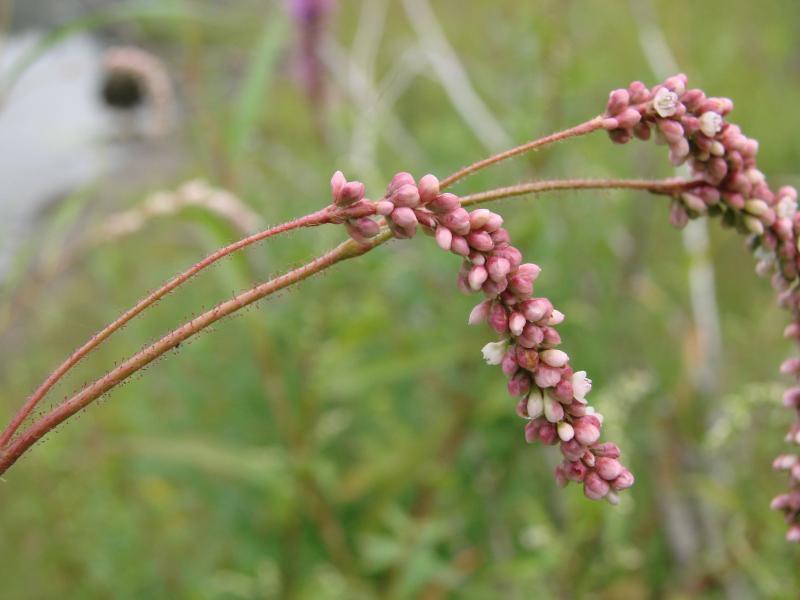 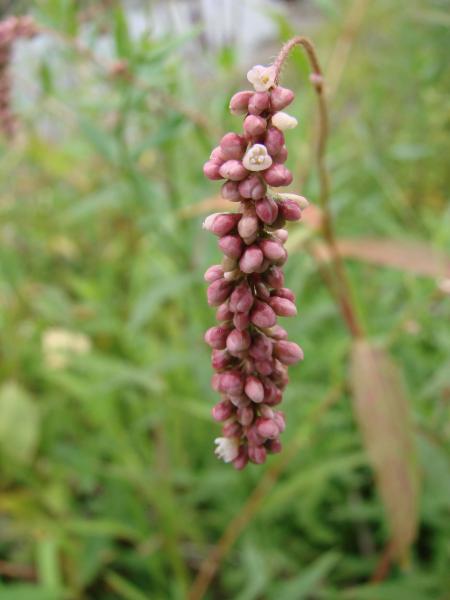 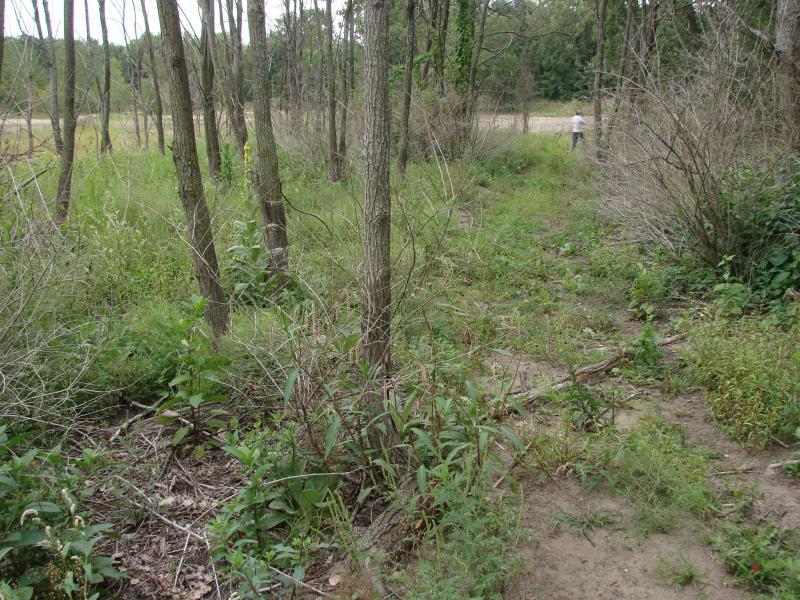 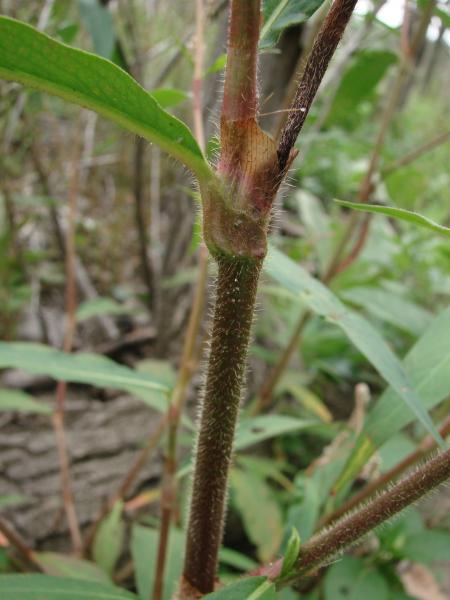 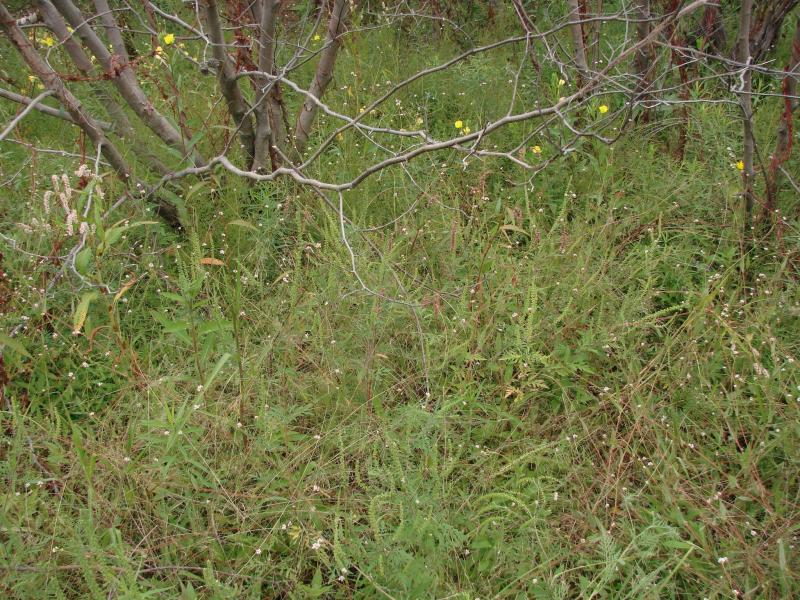 Information for this guide was last updated on: January 14, 2011