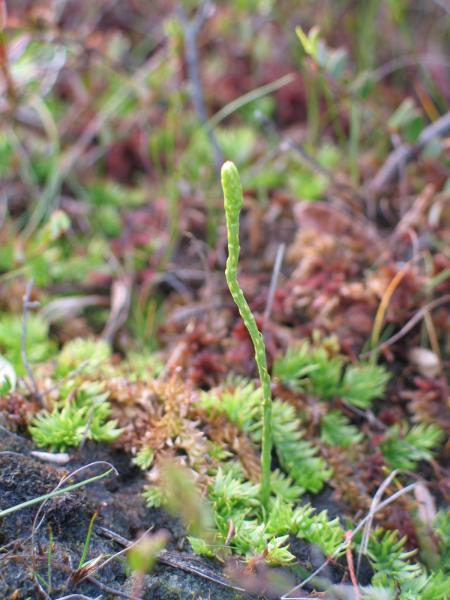 Clubmosses are "primitive" plants, living relics of some of the earliest vascular plants. There are abundant fossils of tree-like lycopods or clubmosses, which are sometimes depicted in museum displays of dinosaurs. Such specimens are closely related to the smaller clubmosses still found today.

More precise estimates of population size are needed in future surveys to determine the trends for this species.

This species has likely always been rare in New York. The few historical records were all collected from Long Island in the early 20th century; the Warren County population may represent a recent range expansion, or may simply have been overlooked until recently.

Damage by development or human use is a potential threat to the interdunal sites.

In New York Carolina Clubmoss has been found in two different types of open wetlands; on Long Island in interdunal swales, and in the Adirondacks in inundated portions of a large dwarf-shrub bog (New York Natural Heritage Program 2008).

In New York this species is only known from Long Island and from a single site adjacent to Lake George in Warren County.

Pseudolycopodiella caroliniana is found in the southern and eastern U.S. coastal states, from Texas north and east to New York and Massachusetts.

Carolina Clubmoss is a perennial, evergreen, spore-bearing herb, creeping over wet substrates. The prostate stems (which may also root) are flat in cross section with six-ranked leaves. There are two rows of larger (lateral) leaves 3.5 to 6 mm by 1.2 to 2 mm and spreading, and 4 rows of smaller (median) leaves are 3.5 to 6 mm long by 0.3 to 0.6 mm wide, and spreading, with pointed tips. The peduncles are erect stems, usually solitary (sometimes 2 to 3), with widely spaced, scale-like leaves only 2 to 3 mm wide. The spores are borne in a solitary strobilus (1.5 to 9 mm long) at the end of the peduncle.

Plants with fruiting stalks are best for identification.

The fruits appear in July and persist through late fall.

The time of year you would expect to find Carolina Clubmoss vegetative and fruiting in New York. 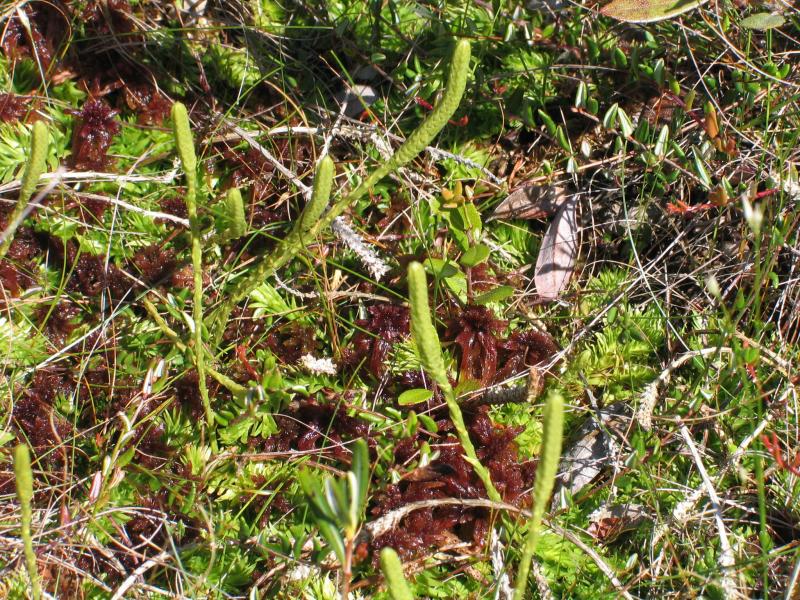