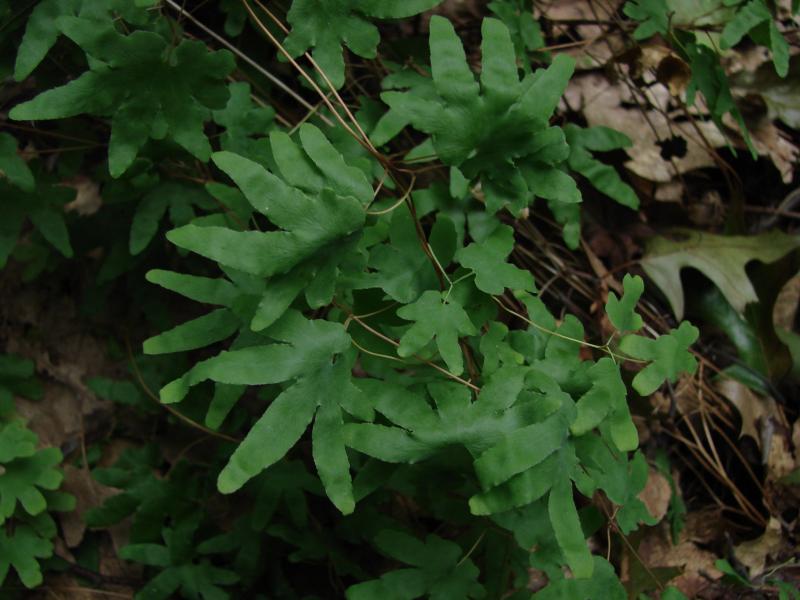 This is our only fern that acts as a true vine, although it doesn't climb very high.

There are four existing populations but they are small and only one of them is on protected land. There are only five other historical locations for this fern in New York, from 1868 to 1965, but three of them no longer exist.

The short-term trend appears stable as existing populations have not increased or decreased.

This plant has always been very rare in New York with less than 5 populations. It will continue to exist at low levels into the foreseeable future.

Populations are in unprotected areas that may be subject to future logging or development.

Establish undisturbed buffer areas around the woodlands where populations occur.

Propagation studies are needed to see if populations can be augmented.

This fern is known from widely scattered historical occurrences from Long Island north to Greene County and west to Onondaga and Chemung counties. It is currently known from Staten Island, Saratoga and Oneida counties.

This climbing fern is most common in the eastern mountains from Ohio, Kentucky, and Tennessee east to the Carolinas and Virginia although a few populations are on the coastal plain. It extends to the northeast through Maryland, Pennsylvania, New York, and New England but is considered rare in all of these states. There are a few disjunct populations in Michigan, Indiana, and Mississippi.

The climbing fern has black wiry rhizomes that give rise to leaves that climb on surrounding vegetation to heights of up to 2 meters. The leaflets without spores are long-stalked, 2-4 cm long, 3-6 cm wide, heart-shaped at the base, and palmately lobed. The lobes are rounded above and with wavy smooth margins. The leaflets with spores are towards the top, much smaller, and several times branched with the ultimate segments only 3-5 mm long.

This fern can be identified any time leaves are present.

There are no other vines or ferns that look like this species.

An evergreen fern, Lygodium palmatum may be most conspicuous in the winter months when little other green vegetation is present.

The time of year you would expect to find Climbing Fern vegetative and fruiting in New York. 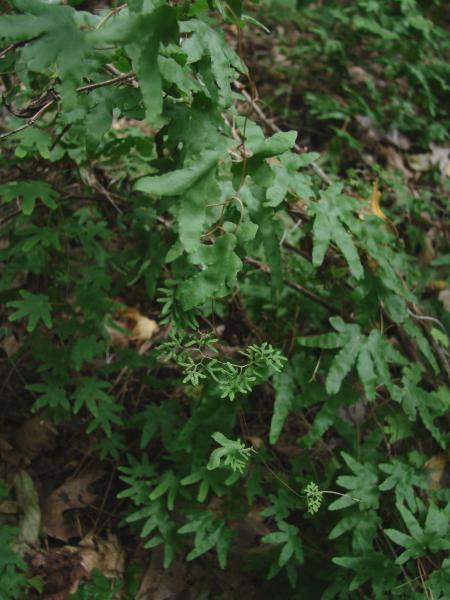 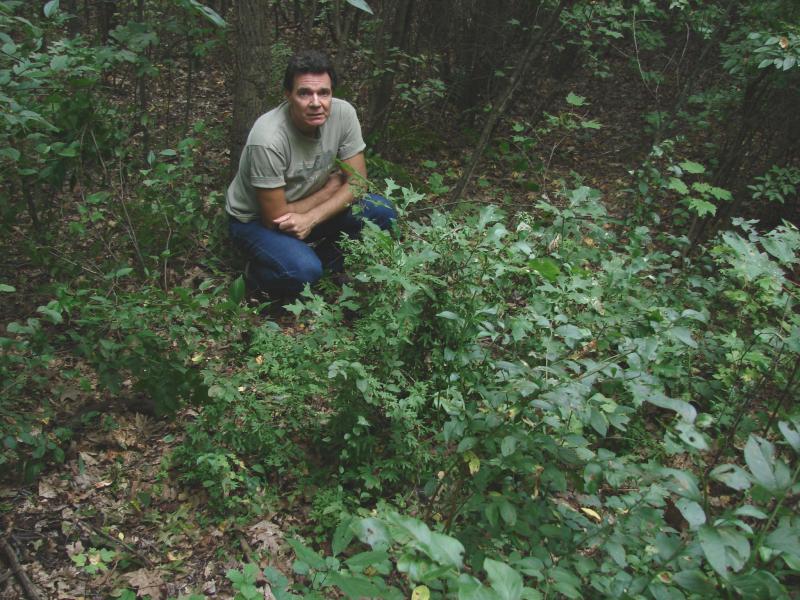