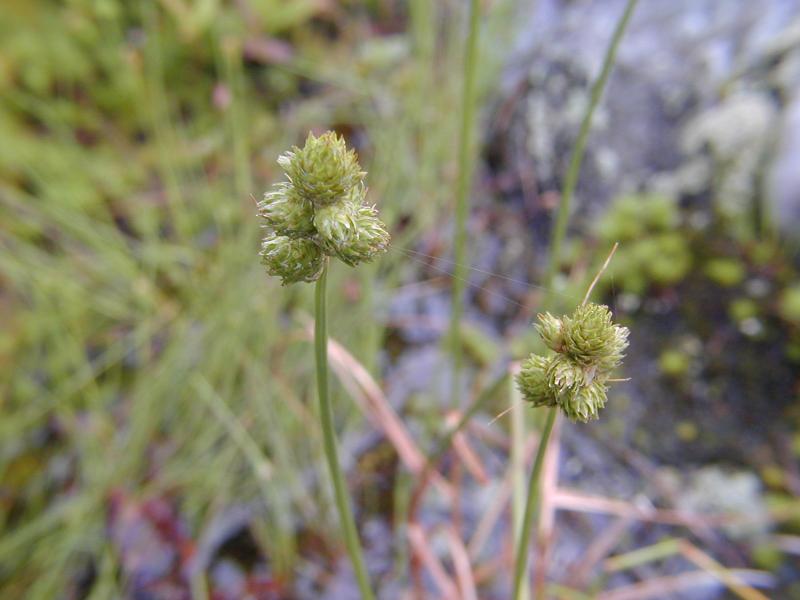 The specific name cumulata refers to the way the spikelets are piled up, like cumulus clouds, at the top of the stem. There are over 15 historical records for the species in New York and we expect to find more new populations as the search for this sedge continues.

The sedge is known from at least 15 populations where it is the dominant plant at several sites. There are several historical populations and lots of habitat that remains unchecked. As a plant that responds well to fire, populations may fluctuate widely depending on the current successional state of the immediate site. There are probably more populations present, particularly on the ridgetops of the Hudson Highlands, Shawangunk Mountains, and Taconic Ridge.

Populations that have been surveyed more than once are stable.

The number of populations seems to have declined over time but many historical records have not been checked. This sedge is easy to overlook and with more targeted surveys we may find that it is still doing well.

There are no current threats.

For the most part, this plant needs no active management. It does respond well to fire, so an occasional wildfire may prove beneficial.

An Ovales sedge with scattered populations in the Champlain Valley, Hudson Valley, and a few remote populations westward. The majority of plants in New York are found in the Shawangunk Mountains, Hudson Highlands, and Taconic Mountains.

A sedge ranging from Prince Edward Island to Wisconsin, south to New Jersey and Illinois.

This is a sedge with many sturdy stems up to 80 cm tall. They stick out at angles above the clump of many narrow leaves. The green to brown conelike flower spikes are rounded at the bottom and always crowded toward the top of the stem. Each individual flower bract (perigynium) is 2-3.4 mm broad and without nerves on the inside face.

This sedge is characterized by coarse stout culms up to 80 cm tall. The leaf sheaths are loose and green-veined nearly to the summit or with a sharp Y-shaped hyaline area at the summit. The leaf blades are mostly 3-6 mm broad. The inflorescence is compact during the entire growing season with 3-30 stiffly erect and crowded spikes. These spikes are hut-shaped (squared to slightly rounded at the base, broadly tapering to a cone-like top), and green to brown in color. The perigynia are 2-3.4 mm broad and nerveless on the inner face. Once a person has been familarized with this sedge, the combination of habit and habitat make this one of the easier Ovales to identify.

While this sedge can be identified in flower, entire stems with mature fruit should be collected to allow for easy verification.

This sedge may resemble many of the sedges within the Ovales section, particularly if it is a late season Ovales. In late season, many of the Ovales have congested inflorescences. To distinguish this sedge from others within the Ovales, careful detail should be given to the inflorescences and perigynia. Within New York, the Ovales that are most often confused by Carex cumulata are Carex bicknellii, Carex brevior, Carex merritt-fernaldii, and Carex molesta. All of these have perigynia that are nearly ovate, with a clear membranaceous band near the top of the sheath.

This sedge begins to appear by mid-May with fruits forming by mid to late June. These fruits begin to separate from the plant by late summer. Surveys should be conducted late June to early September.

The time of year you would expect to find Clustered Sedge fruiting in New York. 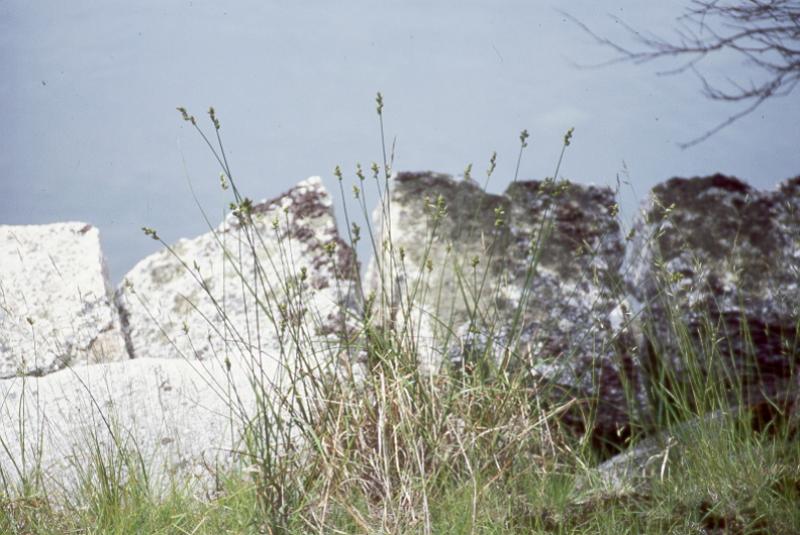