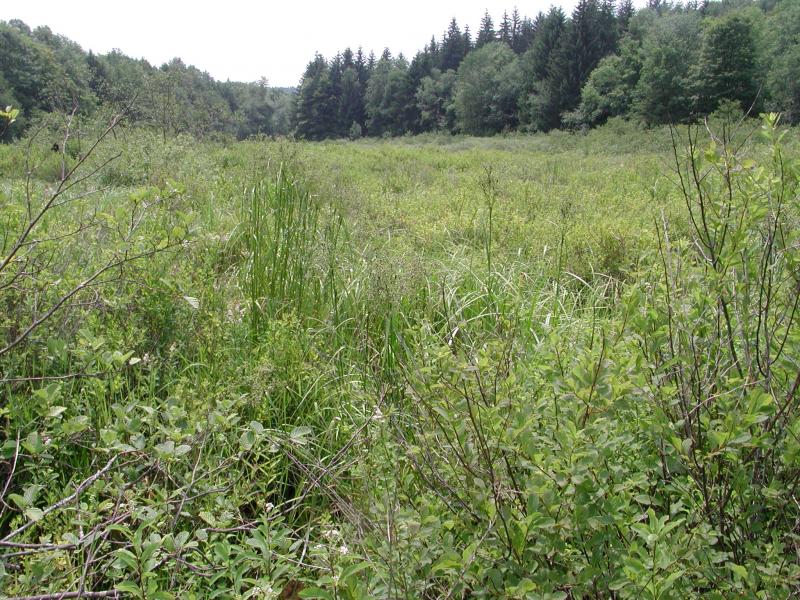 Speckled alder (Alnus incana ssp. rugosa) is a nitrogen-fixing shrub that has been found to increase the concentration of inorganic nitrogen in the surface waters of the Adirondacks. Native Americans used speckled alder in combination with bloodroot, wild plum, and red osier dogwood (Cornus sericea) to make a scarlet dye for porcupine quill embroidery. Inuit people and settlers extracted a dark dye from the bark for tanning and staining hides. The bark was boiled to make medicinal teas for treating rheumatism and was also applied to wounds as a poultice to reducing bleeding and swelling.

There are several thousand shrub swamps statewide. Some documented occurrences have good viability and many are protected on public land or private conservation land. This community has statewide distribution, and includes a few large, high quality examples. The current trend of this community is probably stable for occurrences on public land and private conservation land, or declining slightly elsewhere due to moderate threats that include alteration of the natural hydrology and invasive species.

The number and acreage of shrub swamps in New York have probably remained stable in recent decades as a result of wetland protection regulations. There may be a few cases where this community has increased as a result of abandoned agriculture land.

The number and acreage of shrub swamps in New York have substantially declined (50-75%) from historical numbers likely correlated to the alteration to the natural hydrology and to direct destruction, especially near urban areas.

Survey for occurrences statewide to advance documentation and classification of shrub swamps. A statewide review of shrub swamps is desirable. Continue searching for large sites in good condition (A- to AB-ranked).

This physiognomically broadly-defined community is likely to be widespread worldwide. Examples with the greatest biotic affinities to New York occurrences are suspected to span north to southern Canada, west to Minnesota, southwest to Indiana and Tennessee, southeast to Georgia, and northeast to Nova Scotia.

A shrub swamp is an inland wetland dominated by tall shrubs that occurs along the shore of a lake or river; in a wet depression or valley not associated with lakes; or as a transition zone between a marsh, fen, or bog and a swamp or upland community. The substrate is usually mineral soil or muck. This is a very broadly defined type that includes several distinct communities and many intermediates. In northern New York many shrub swamps are dominated by alder (Alnus incana ssp. rugosa); these swamps are sometimes called alder thickets. A swamp dominated by red osier dogwood (Cornus sericea), silky dogwood (C. amomum), and willows (Salix spp.) may be called a shrub carr. Along the shores of some lakes and ponds there is a distinct zone dominated by waterwillows (Decodon verticillatus) and/or buttonbush (Cephalanthus occidentalis) which can sometimes fill a shallow basin. Birds that may be found in shrub swamps include both common species such as common yellowthroat (Geothlypis trichas) and swamp sparrow (Melospiza georgiana) and rare species such as the American bittern (Botaurus lentiginosus).

Known examples of this community have been found at elevations between 10 feet and 1,900 feet.

The best time to view the diversity of plants in a shrub swamp is in the summer, from June to August. Many dogwood species (Cornus spp.) begin to bloom as early as May, but most other characteristic shrubs, including meadowsweet (Spiraea alba), buttonbush (Cephalanthus occidentalis), and sweet pepperbush (Clethra alnifolia) bloom from June or July through August. 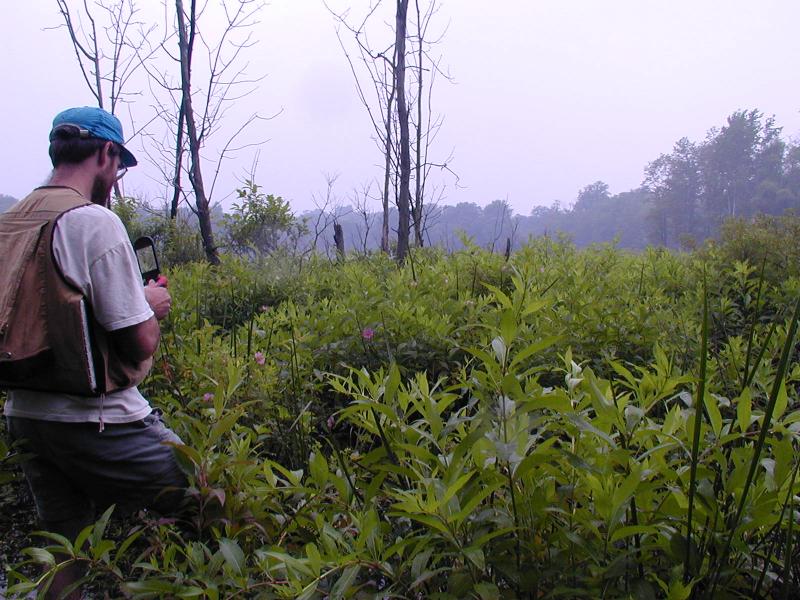 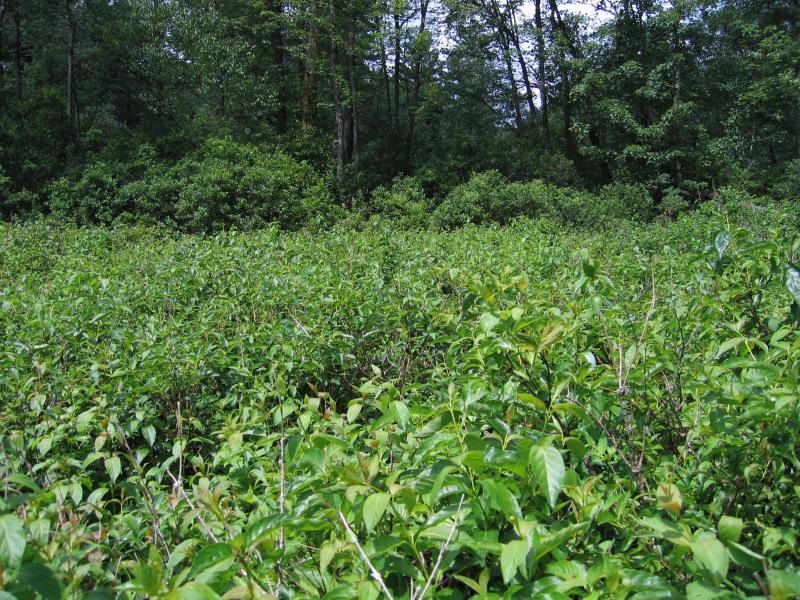 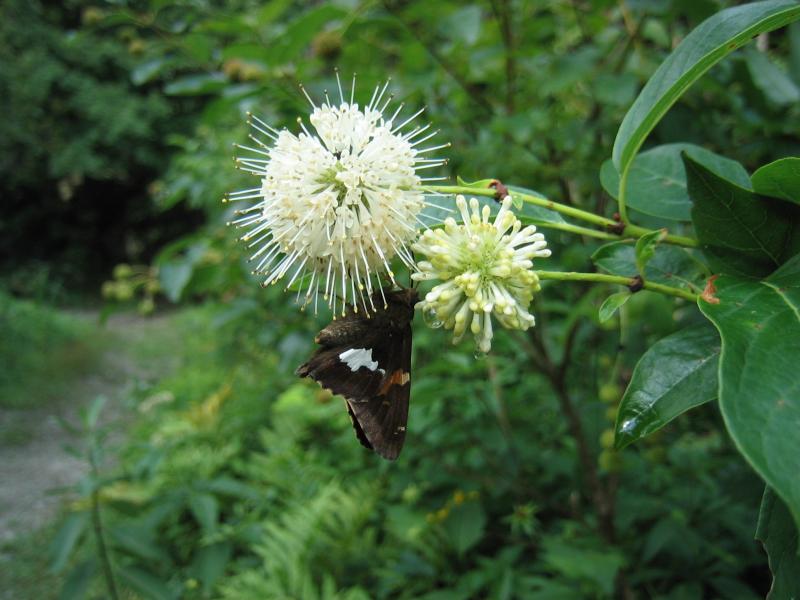 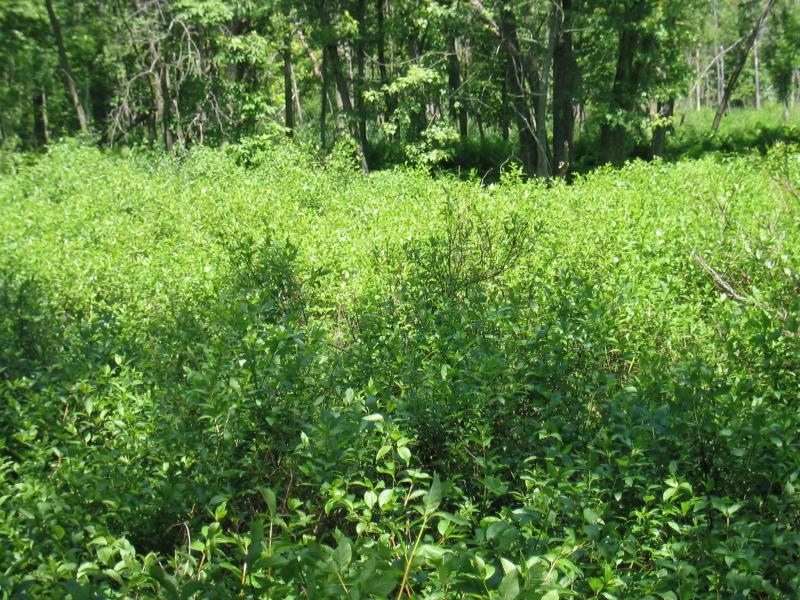 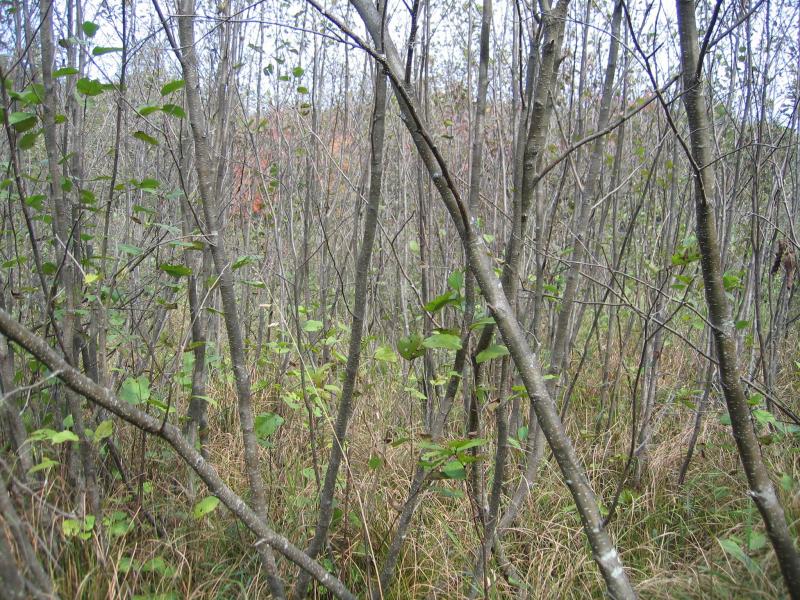 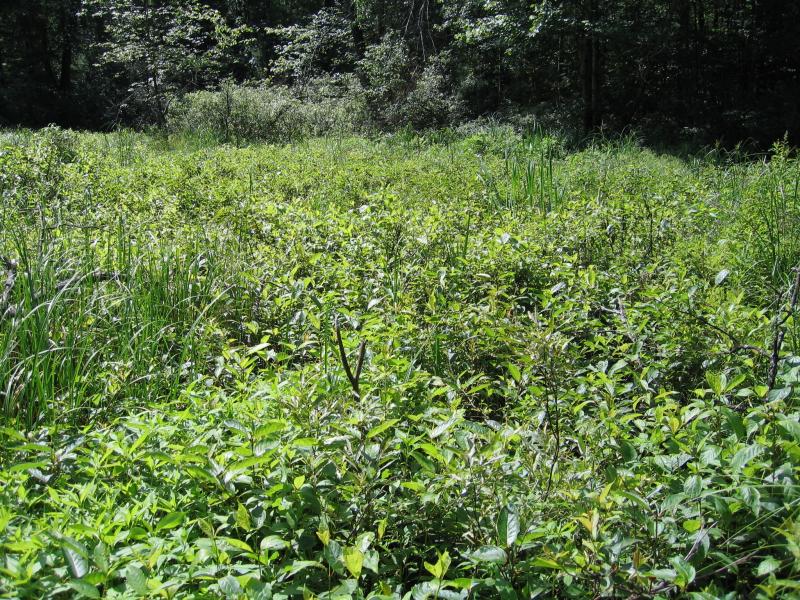 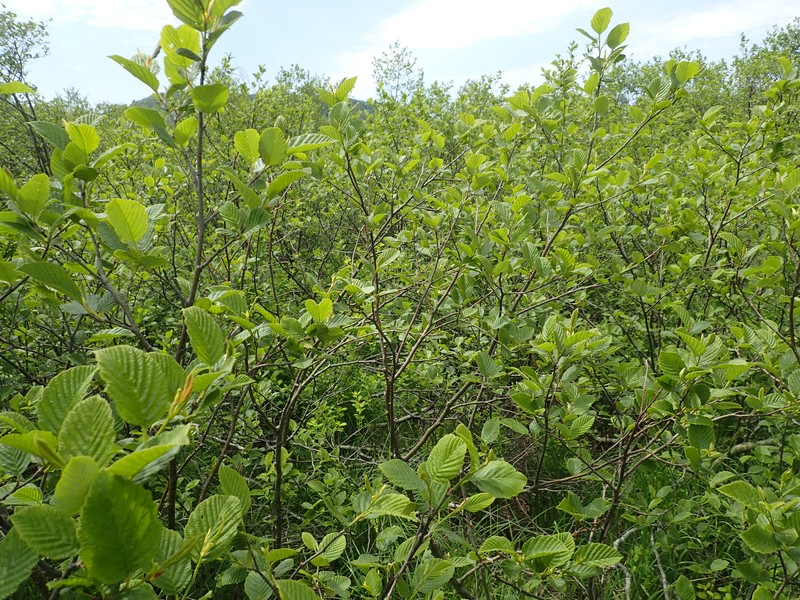 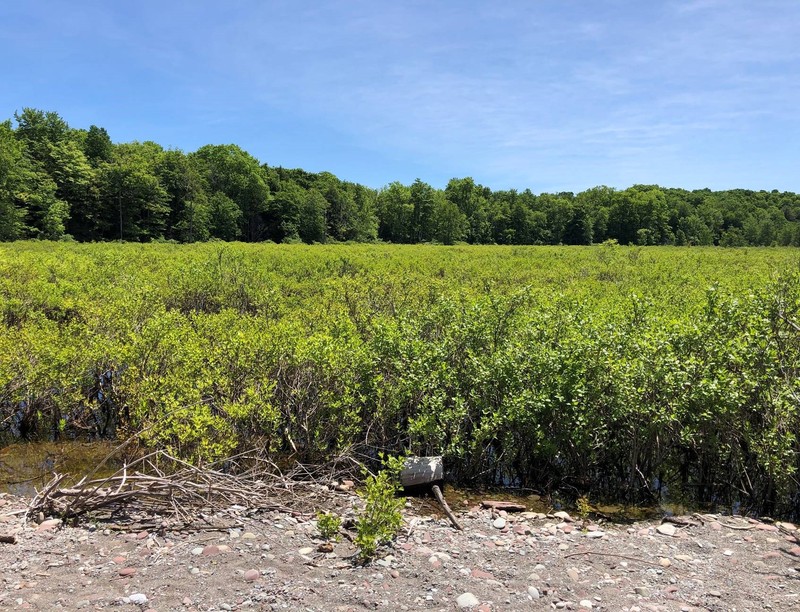 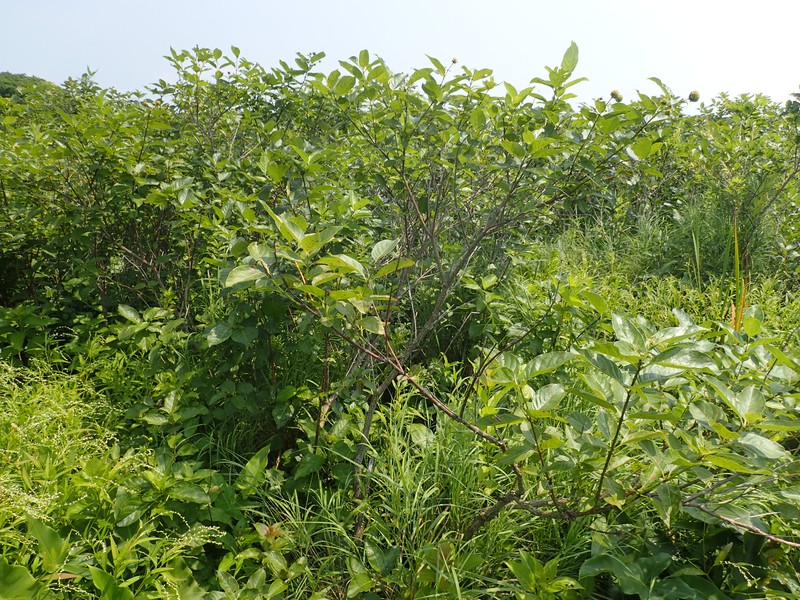 This figure helps visualize the structure and "look" or "feel" of a typical Shrub Swamp. Each bar represents the amount of "coverage" for all the species growing at that height. Because layers overlap (shrubs may grow under trees, for example), the shaded regions can add up to more than 100%.