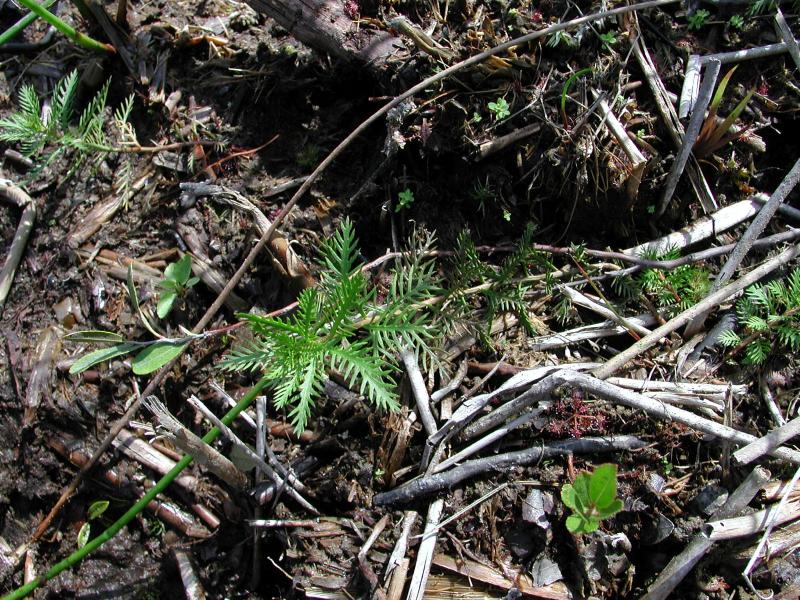 The species name is Latin for comb-like and refers to the appearance of the dissected leaves (Fernald 1950).

There are six existing populations and three of them consist of multiple ponds that are hydrologically connected. Most of the populations are on protected parkland, but they may still be subject to some disturbance. There are two historical populations from the 1920s that have not been resurveyed.

Most of the populations have been surveyed at least twice and their short-term trend seems to be stable. However, fluctuating water levels make understanding the exact trend difficult.

The long-term trend appears stable as there are as many or even more populations now than were known in the past. This is a result of more detailed surveys in the 1980s and the protection of many of the coastal plain ponds.

In New York this plant occurs almost exclusively on coastal plain pondshores. One occurrence occurs in a sedge meadow surrounded by wetland shrubs and another occurs in an artificial pond with a Sphagnum substrate surrounded by a maple swamp (New York Natural Heritage Program 2012). Sandy bogs of the coastal plain (Gleason and Cronquist 1991). Peaty or muddy quagmires, savannas and shallow water (Fernald 1950).

It is most common along the Atlantic and Gulf Coastal Plains from southern New Jersey south to northern Florida and west to eastern Texas. Farther north it is rare and scattered from Long Island to southern Maine except for Massachusetts where it is more common. It extends inland in the Southeast to central Tennessee.

Comb-leaved mermaid-weed is a short aquatic plant with horizontal stems that root at the base and produce erect branches with leaves that stick out of the water. All of the leaves are deeply lobed into 6-12 narrow segment pairs that give the leaf a comb-like appearance (pinnatisect). The tiny single flowers (sometimes in twos or threes) arise in the axils of the upper leaves and have 3 green triangular sepals that enclose 3 stamens and 3 pinkish, frilly styles. There are no petals. The fruit is bony and ridged, sharply 3-angled with nearly flat sides. It has 3 seeds (Gleason and Cronquist 1991).

The comb-like leaves are the key character for identification, so this plant may be identified whenever it can be found.

The more widespread Proserpinaca palustris, common mermaid-weed, has emersed leaves that are oblong and merely toothed instead of pinnatisect. The submerged leaves are pinnatisect (Gleason and Cronquist 1991).

Comb-leaved Mermaid-weed emerges in late June and may persist into October.

The time of year you would expect to find Comb-leaved Mermaid Weed vegetative in New York. 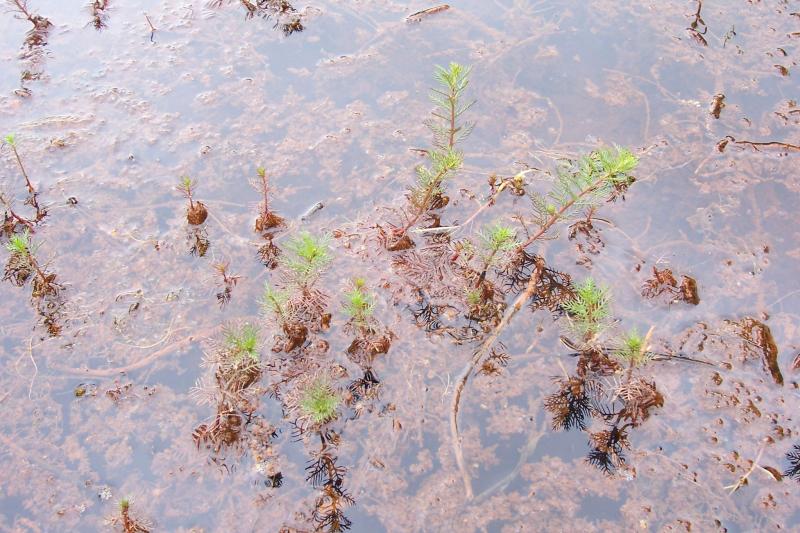 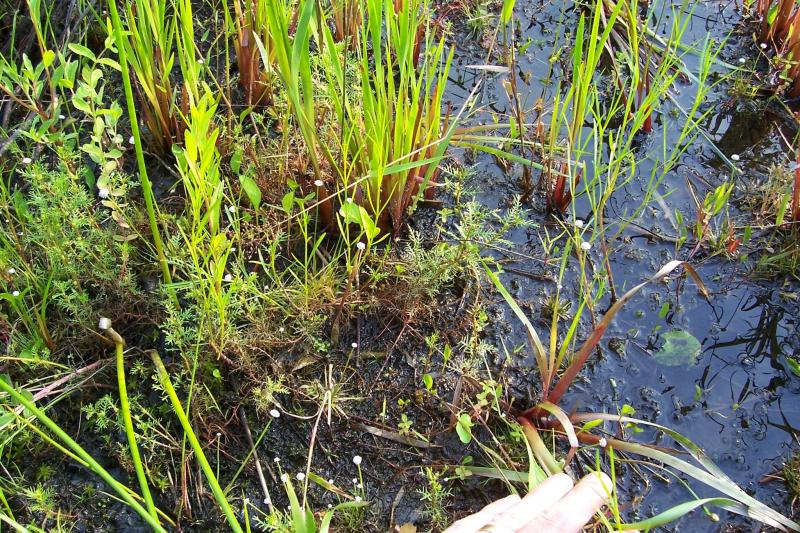