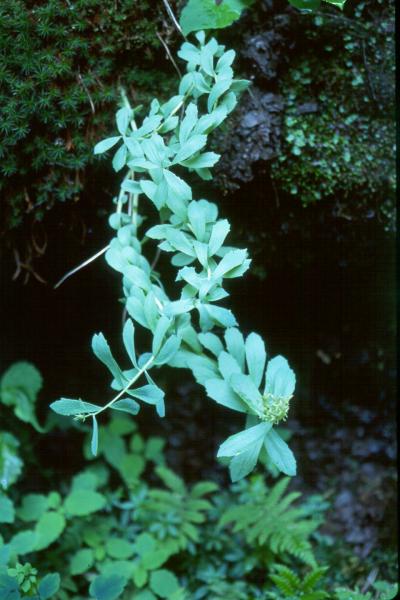 Roseroot has been used as a medicinal plant for improving physical and mental performance. In Siberia it has been used to help resist the effects of extreme cold. It is now being used to treat cases of mild or moderate depression (Rhodiola rosea in Wikipedia, web site accessed 21 November 2007). When it is dried the root has a strong smell of roses (Rhodiola rosea in Plants for a Future, web site accessed 21 November 2007).

There are four existing populations that are isolated and under little threat. There are no additional historical records. More populations could be discovered in the Catskill Mountains as additional remote ravines are explored.

Short-term trends seem stable since populations are isolated and of sufficient numbers to persist.

This species was always rare in New York with only a few populations statewide. These populations have continued to persist for the last 50-100 years.

Roseroot has been found at only a few sites in New York, all of them cliffs, and all but one near waterfalls. The species appears to prefer shaded and cool sites. It occupies cliffs of both calcareous and acidic rock (New York Natural Heritage Program 2007). Rocky coast and sea cliffs, locally inland (Fernald 1970). Cliffs and ledges (Gleason & Cronquist 1991).

Roseroot is found at scattered locations in the northern Catskills, and at a single site in Madison County.

This species is found from northeastern Canada, including Nunavut, Quebec, and the Atlantic Provinces, south to New York, Vermont, southern New England, Pennsylvania, and New Jersey. From New Jersey it is disjunct to North Carolina (and considered extirpated in Tennessee), and known in the western states only from Utah.

Roseroot is a fleshy-leaved, perennial wildflower, in our area growing right out of cracks in rock ledges or cliffs. It has a thick, scaly root, from which emerge stems 10-40 cm long. The leaves are short (1-4 cm long), sessile, and alternate, sometimes crowded enough that they seem to form a spiral up the stem. The plants are dioecious, meaning an individual plant has either male flowers or female ones, but not both. The male plants have star-shaped flowers with 5 (sometimes fewer) bright yellow, tiny (2-4.5 mm) petals. The female flowers are less conspicuous, each with 5 yellow-green ovaries tapering into the pointed styles.

Roseroot is most easily identified when in flower.

The only other species of Rhodiola in New York, Leedy's Roseroot, has wider, red petals (sometimes yellow at their bases). There are several species of Sedum (stonecrops) in New York State with yellow flowers and fleshy leaves, but these are all creeping or prostrate mat forming, species, and their flowers are perfect (with both male and female parts).

Roseroot flowers from mid-May through June.

The time of year you would expect to find Common Roseroot vegetative, flowering, and fruiting in New York. 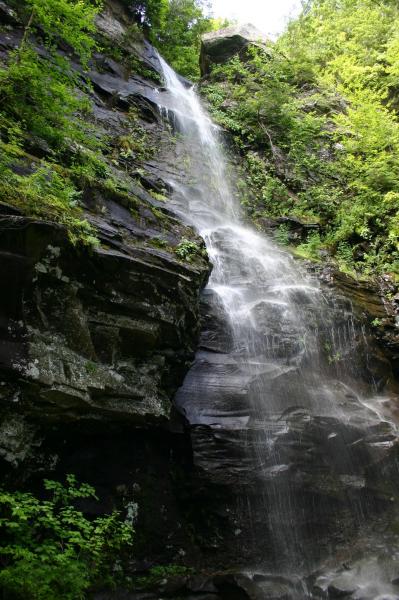