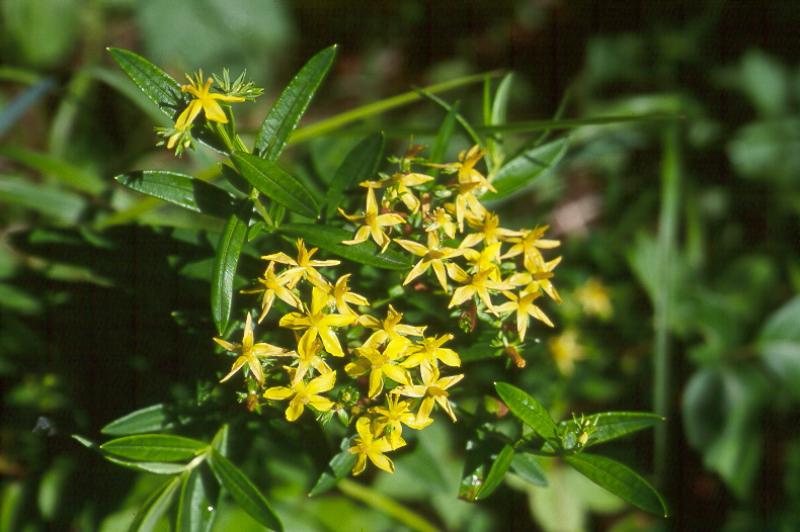 Most populations have had one revisit and seem stable although the number of plants detected is somewhat dependent upon the water level of the ponds.

Some ponds have seen too much development along the shoreline which threaten populations with direct disturbance by trampling and ATV use. The invasion of Phragmites is also a threat to a few populations. This plant occurs in the most susceptable section of the pond margin.

These plants occur in saturated to flooded acidic sands and peat of coastal plain pond shores, swales, and wet meadows of the coastal plain.

This species was originally known from western Nassau County to eastern Long Island but presently known only from Suffolk County.

The species is considered rare in every state that it occurs. It occurs primarily on the Atlantic coastal plain from Georgia to southeast Massachusetts. Its distribution is more scattered in the southern portion and more concentrated in New Jersey and to the north. There are several disjunct populations in the north central United States from Kentucky north to Michigan.

Creeping St. John's wort is a rhizomatous herbaceous plant that grows 3-8 decimeters tall. It usually occurs in large clumps with many stems. It has opposite, linear, to narrowly elliptic leaves that are 3-6 centimeters long and 5-10 millimeters wide, 4-6 times as long as wide. Each leaf has a tiny white point at the tip and is tapered at the sessile base. The margins are without teeth and turned under. There are usually many flowers in the inflorescence. The sepals are lanceolate to ovate and 2-7 millimeters long, widest at or below the middle. The bright yellow petals are 6-8 millimeters long. The fruit is a one-chambered capsule that is 4-6 millimeters long and gradually narrowed to the beak.

Even though these can be identified by their leaves in their pondshore habitat it is best to identify them in flower or fruit.

Hypericum ellipticum looks the most like this species but its leaves are flat and not turned under on the margin and the tips are not pointed but rounded. They are only 2-3 times as long as wide. The sepals are widest above the middle. They both are plants of wet places, rhizomatous, and with styles that are not separate.

The plants begin flowering in July and are visible through August. Fruits are visible from late August through early October.

The time of year you would expect to find Creeping St. John's Wort flowering and fruiting in New York. 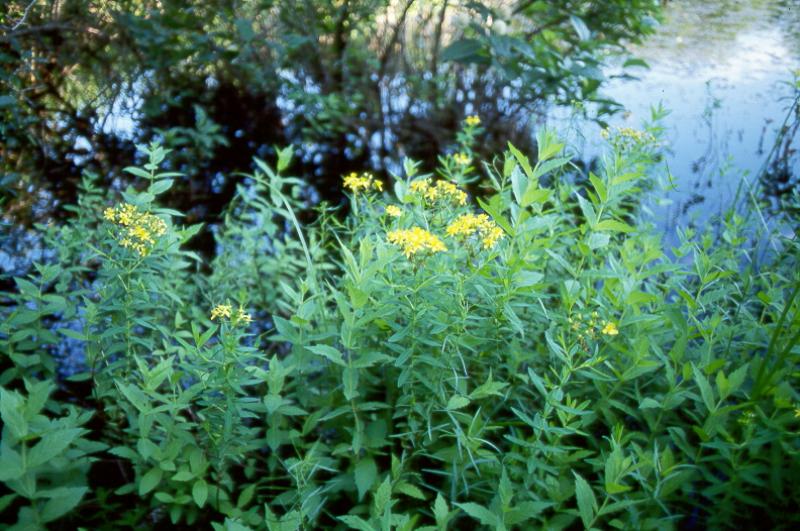 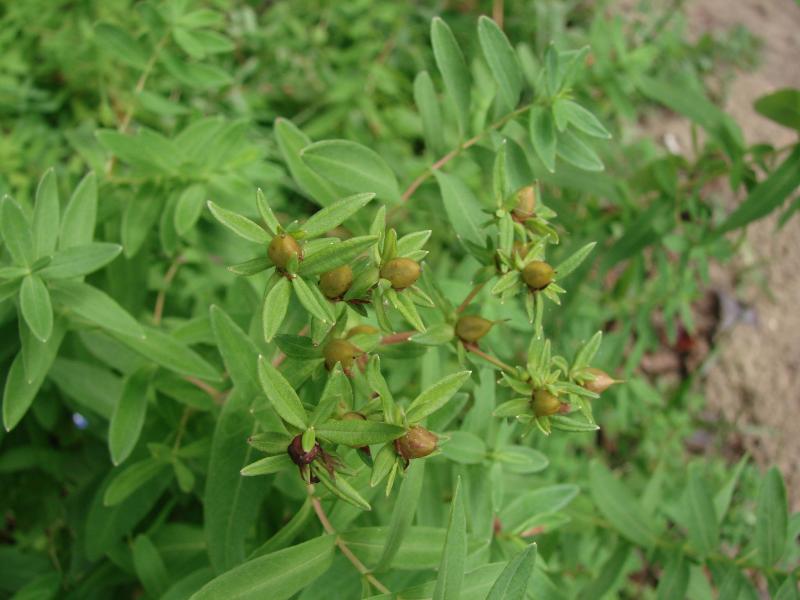