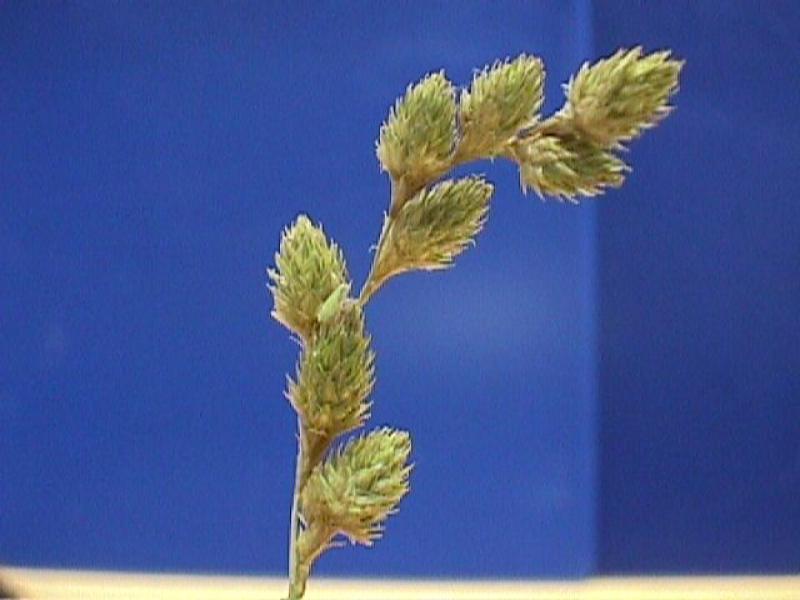 The specific epithet merritt-fernaldii is named in honor of Merritt Fernald 1873-1950. Fernald discovered this species. He was one of the premier botanists in northeastern North America in the first half of the 20th century. He is the author of Gray's Manual of Botany, 8th edition, which has become the plant "bible" for this region.

While we are only aware of eight known populations, this plant is certainly overlooked. There are nearly 20 historical locations, but those may or may not be useful in locating new sites. This is a disturbance-loving plant that may appear at a site for a short period of time and then return to the seed bank. As a Section Ovales sedge, many botanists either intentionally skip over identifying these or run into problems keying them out. With just a little experience, these can be easy to separate. More people who know how to identify this sedge are needed to search for it. With targetted surveys, additional populations are likely. These populations may be small though and the plant is subject to succession.

There are about a half dozen populations that have been seen in recent years. At a few of these populations the number of plants appears to have declined over a period of 10 or less years. Since this is a species of early successional habitat this should be expected. Other populations seen in recent years have only been seen once. These populations may have "reappeared" out of the seed bank as the result of a disturbance event. Since this is a species that fluctuates widely in above ground population size, it is difficult to assess short term trends. While one population may appear to be decreasing another population may be increasing. Overall, short term trends are not clear.

Currently only about a half dozen populations are known to be extant. There are approximately an additional 20 populations that have not been seen in recent years. It is unknown if these populations are still extant. Assessing the status of these populations might be difficult as C. merritt-fernaldii is a species that grows in early successional habitats and as the habitat matures, it remains dormant as seeds in the soil seed bank. Overall, long term trends are not clear.

There are currently no threats known to Carex merritt-fernaldii in New York.

Carex merritt-fernaldii is known from southwestern New Brunswick west to Maine, southern Quebec, southern Ontario, and southeastern Manitoba south to eastern Minnesota, Wisconsin, northern Michigan, New York, Connecticut and Massachusetts. It is also known from disjunct populations in northern Ohio and western New York. It is frequent in parts of New England and does not occur in large parts of southern Ohio, southern Michigan, and western New York because the acidic coarse soils that C. merritt-fernaldii prefers are lacking in these regions (Rothrock and Reznicek 2001, New York Natural Heritage Program 2006).

Fernald's sedge is a tufted grass-like perennial. Leaves are 1.5-3.0 mm wide. As with other members of section Ovales, Fernald's sedge has two kinds of stems. Some stems have flower/fruit clusters (spikes) at their summits (reproductive stems) and some stems lack spikes (vegetative stems). The reproductive stems are 30-100 cm tall and have 4-10 stalkless spikes towards the top of the stems. The spikes have female flowers above and male flowers below. The female flowers develop into fruits (perigynia) which are 3.3-5.0 mm long, 2.3-3.5 mm wide, and papery thin (Mastrogiuseppe et al. 2002).

Carex merritt-fernaldii is densely cespitose and short rhizomatous or appears long rhizomatous in old clumps. The leaf sheaths are white hyaline adaxially and finely papillose. Leaf blades are 1.5-3.0 mm wide. Reproductive culms are 30-100 cm tall and the inflorescences are compact to open, or in large robust individuals they arch or nod. The spikes are (4-)6-8(-10) per culm, ovoid, and are rounded at the apices and bases. Pistillate scales are shorter than the perigynia. Perigynia are ascending, conspicuously 5-9 veined abaxially, veinless or faintly 1-5 veined adaxially, have broadly ovate to orbiculate bodies, are 2.3-3.5 mm wide, very papery thin, and have 1-2 veins in the yellowish wings (Mastrogiuseppe et al. 2002).

This species is easiest to identify when it has just immature to mature perigynia which are not yet easily shedding. Caution should also be taken to use only inflorescences from the culms produced during the initial spring flush.

Immature perigynia appear in mid-June, these mature to persist into late July, early August, and sometimes later. In the later part of this season the perigynia start to shed easily. In addition, occasional culms are produced throughout the growing season and these will produce flowers and fruits that mature later than the ones from the initial spring flush. These later culms will have more condensed inflorescences and are often not accounted for in floras and keys. Therefore, the best time to survey for Carex merritt-fernaldii is from mid-June to late July.

The time of year you would expect to find Fernald's Sedge fruiting in New York. 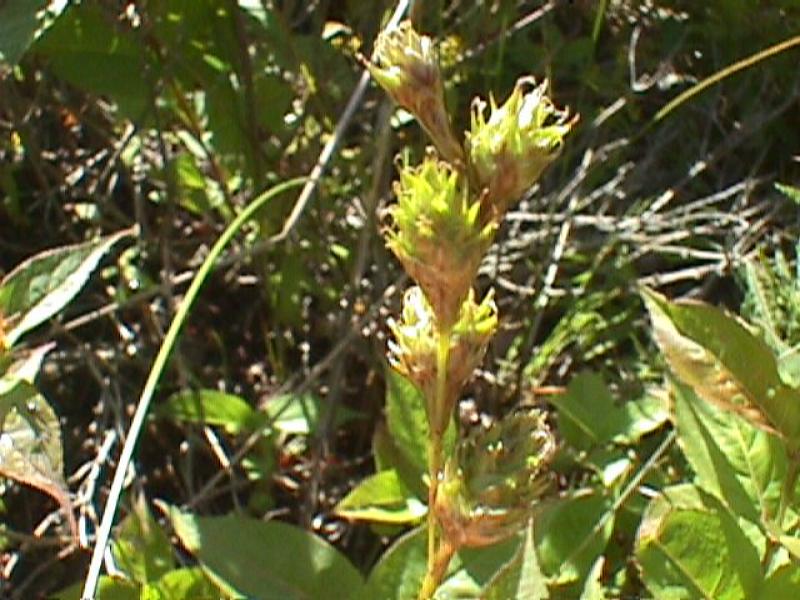