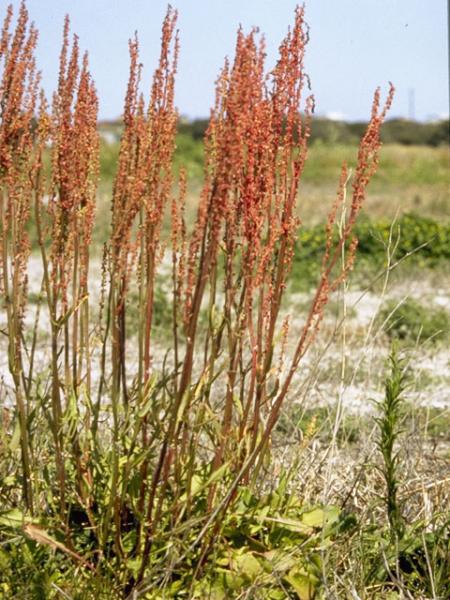 A historical record from 1929 at Napeague Meadows on Long Island was rediscovered in 1986 and was the only known population in the state. Unfortunately, after many searches in the 2000s, it has not been seen again.

There are no existing populations, although one population on Long Island was known to exist in 1986 but has not been seen since. There are five other historical occurrences mostly from the late 1800s.

The short-term trend is apparantly negative. Our only existing population, containing 50-100 plants, has not been seen since 1986. This species may be extirpated in New York.

Long-term trends will probably continue at very low levels. This species was always very rare in New York with only five populations known, mostly from the late 1800s and early 1900s. One population was rediscovered in 1986 but is probably extirpated.

The sandy open habitat of this plant may be threatened by woody plant succession or by changes in the depth of the underlying water table.

Research is needed to determine the viability and longevity of the plant's seed bank.

There are a few specimens from Suffolk County, Long Island, where it was known from one site until the late 1990s. There is also one specimen each from Nassau, Putnam, and St. Lawrence counties. There is an old report from the salt marshes of the Syracuse area.

This is common in the Southern states from eastern Oklahoma and eastern Texas, east through North Carolina and Florida. There are scattered populations north into Kansas, Missouri, Illinois, Indiana, and also up the East Coast from Virginia to eastern Massachusetts. It is probably extirpated in New Jersey, Pennsylvania, and New York as well as Illinois.

Heart Sorrel is a dioecious, tap-rooted perennial herb, growing from 40 to 100 cm tall. The stems branch from the base, and the leaves are spear-shaped ("hastate"), with two often unequal lateral lobes at the base and a central linear or oblong one. Like other members of the buckwheat family, the stems are swollen at the nodes. The flowers are tiny (1 to 3 millimeters), greenish or reddish, and densely packed into a compound infloresence. Upon maturity, the inner tepals of Rumex flowers form structures called valves, surrounding the fruit. The midrib of one of these valves forms a protruding structure called a tubercle. The fruit are brown achenes 1 to 1.5 mm long, enclosed by winged valves 2.5 to 3.5 mm in diameter (FNA 2005).

Fruiting plants are most easily identified, though identification from vegetative material may be possible in some cases.

Rumex acetosella ssp. pyrenaicus and R. acetosa (both non-native species) are the two other Rumex species in New York with hastate or sagittate leaves. R. acetosella ssp. pyrenaicus has slender, creeping roots, and the achenes are closely wrapped by the valves. R. acetosa has mainly sagittate (arrow-shaped) leaves, and midribs of the valves are expanded into grains. Rumex hastatulus has a thick taproot, and its fruits have expanded, wing-like valves, lacking grains (FNA 2005).

Heart sorrel flowers in June and the fruits are present from late June through July.

The time of year you would expect to find Heart Sorrel flowering and fruiting in New York. 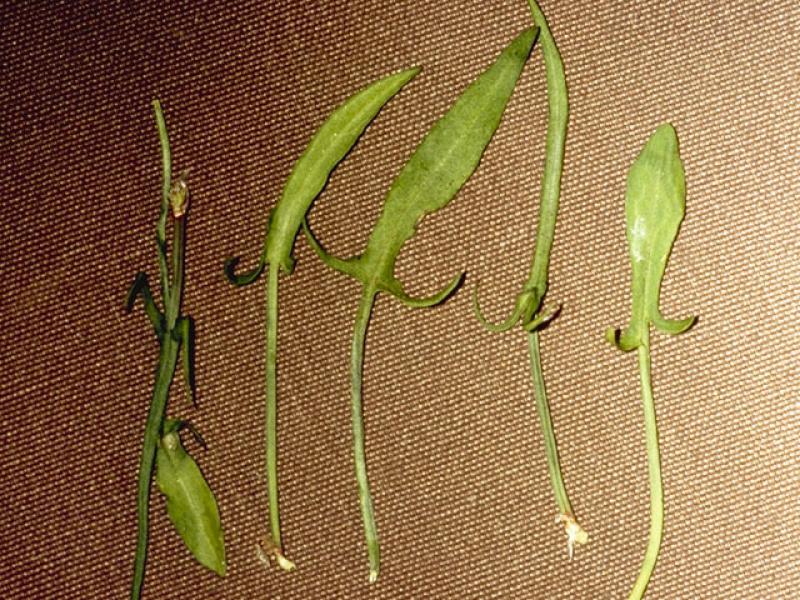 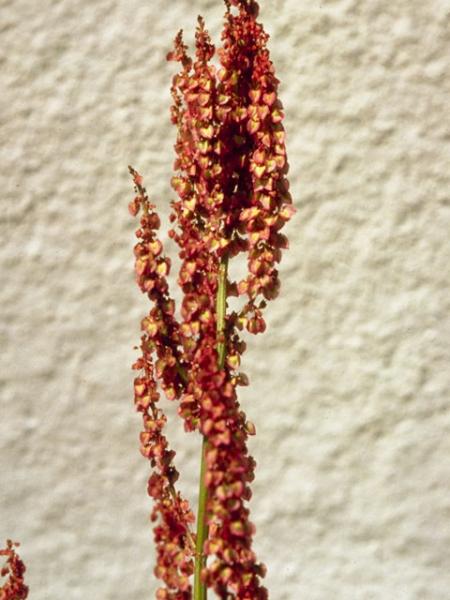