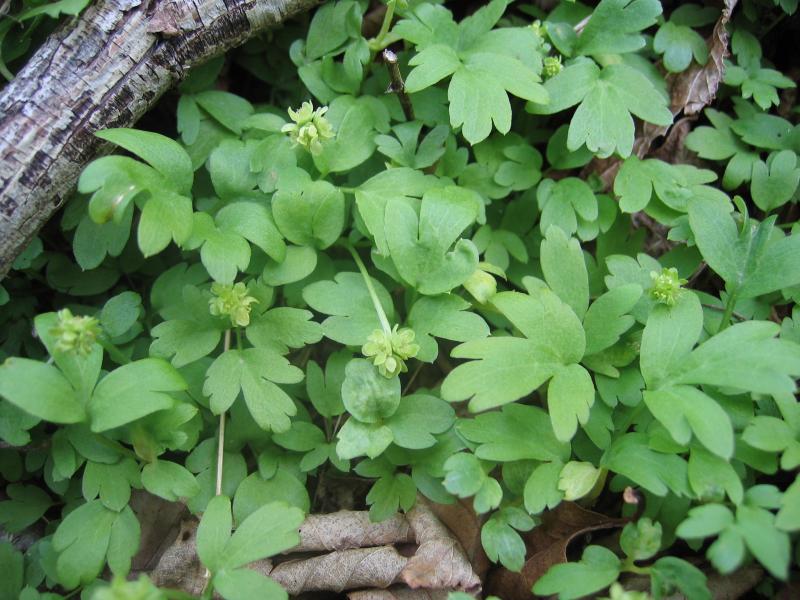 New York populations of this plant are separated by appoximately one thousand miles from their closest known populations outside of the state. Considering that this plant is supposedly dispersed by snails, that is a long-distance road trip. The common name moschatel is French for "little musk" and refers to the musk odor of the flowers and roots (Fernald 1950). The Scottish picked up on the clock image that many see in the flowers of this plant. In Scotland, it is known as "Wee Toon Clock (small town clock) (Flora Celtica Database 2010)."

Adoxa is limited in distribution to the Catskill Mountains where it is found on the fragile talus slopes, often near cold-air vents through the talus. Currently, there are three known populations that seem stable with no immediate threats. There are possibly up to ten populations within the Catskills, but finding this small plant is difficult.

This is a plant of cool climates and may be subject to global warming. Considering this plant is located near the cold air vents on talus slopes, a rather fragile community, any disturbance to the talus community undoubtedly will have an impact on the plants. At the same time, small scale natural disturances may be needed to maintain an open canopy. At this point, few invasive species are present in areas where this plant is found. As a result, the immediate threat from invasive species is rather low.

As a plant already located within a relatively protected landscape, minimal management needs are necessary. If this plant is found in areas that receive significant recreational traffic, fencing may be recommended to limit access to the fragile talus slopes.

The impacts of global warming and deer browse are not known. Research activities to study these impacts would help us better understand the true threats to this plant. As a small plant difficult to see with potential habitat possibly throughout the Catskills, computer modeling to predict habitat and potential areas of occupancy could result in the discovery of undocumented populations.

A circumboreal plant of the upper Midwest and Canada extending south to southern Minnesota, Wisconsin, northern Illinois, and northern Iowa. There are disjunct populations in the Catskill Mountains of New York.

Musk root is a small, delicate, musky-scented, perennial wildflower about 3-20 cm tall. The leaves at the base of the plant have leaf stalks longer than the blades. The blades are divided into three main lobes each containing 2-3 smaller lobes at the tip. There is one opposite pair of smaller stem leaves which are not as divided. Five flowers are usually borne in a tight cluster at the top of the stem. There are two kinds of small yellowish-green flowers; flowers on the outside of the cluster usually have five petals, while the ones in the middle have four petals. The small dry fruit has 4-5 seeds.

This is a delicate and small (3-20 cm tall) perennial with a musky odor. Its basal leaves have long petioles. These leaves are divided into three leaflets and each leaflet is 3-cleft or 3-parted. The yellow-green flowers are aggregated into a solitary terminal head. These small flowers (5-8 mm wide) are somewhat irregularly shaped. The terminal flowers are 4-merous and the lateral flowers are 5-merous. Some think the flower looks like the face of a clock. The rootstock is scaly and the plants are rhizomatous.

Due to its small size, this plant is difficult to see at any time during the year. It may stand out most when in fruit or flower. However, you can identify it based on leaves alone.

This is an unusual plant that is the only member of its family (Adoxaceae). Recent genetic studies place it in close proximity to Sambucus and Viburnum (Caprifoliaceae), but Adoxa would not be confused with either genus.

This is an early flowering plant with flowers appearing by early May. These flowers quickly give way to fruit. As an early spring flower, this plant often only persists into early summer. Ideally, surveys should be conducted in May.

The time of year you would expect to find Musk Root vegetative, flowering, and fruiting in New York. 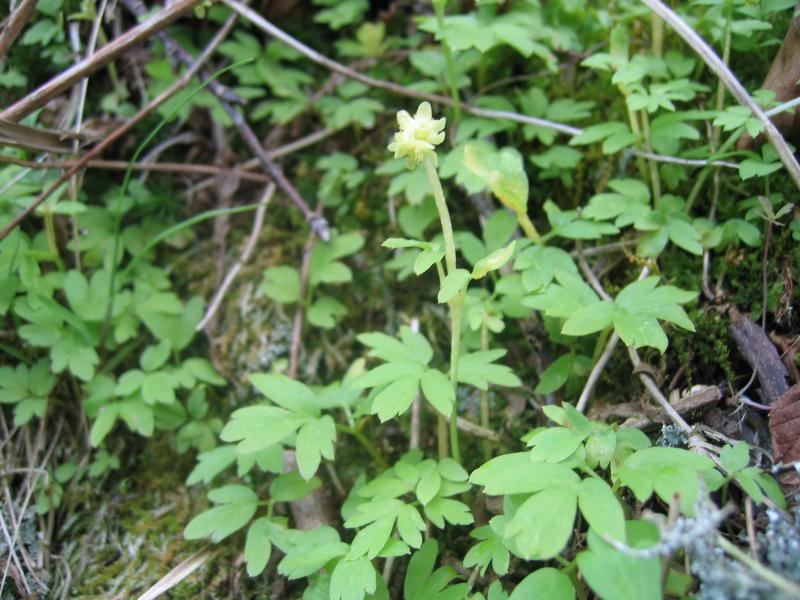 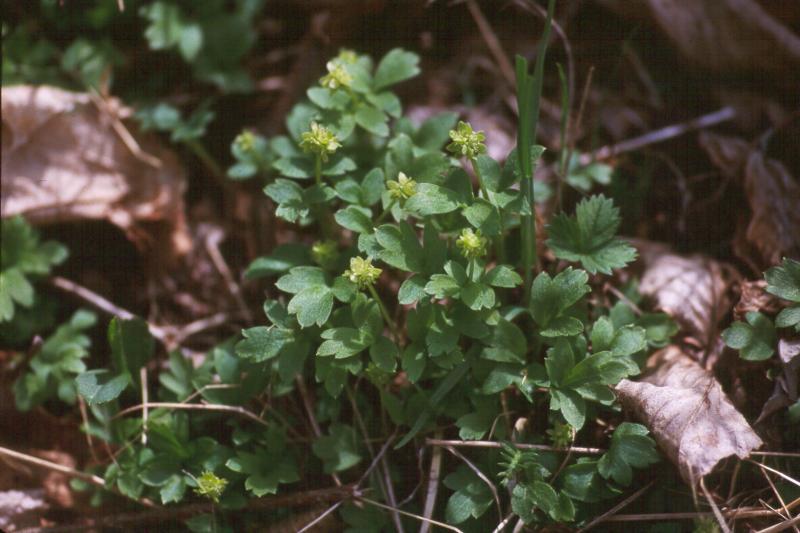 Information for this guide was last updated on: February 7, 2008