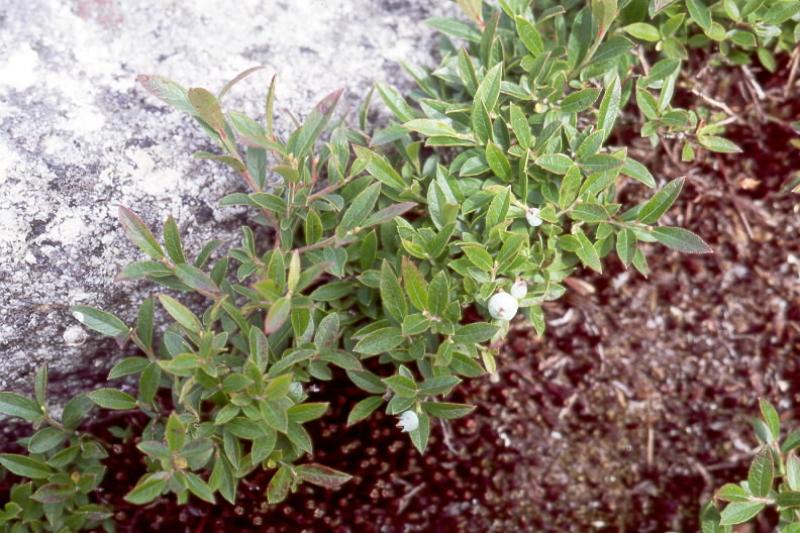 It was not until 1961 that high-mountain blueberry was recognized to be a distinct species due to its superficial similarity to the low sweet blueberry (Vaccinium angustifolium).

There are 16 known populations. One additional population has not been seen since 1948, although more survey work is needed before this population can be determined to be extirpated. All of the populations are restricted to Essex County in the high peaks region of the Adirondacks. There are also a few reports and records from Clinton, Hamilton, Franklin, and Genesee Counties, but these need to be verified.

At least some populations have been negatively impacted by trampling from hiker traffic in the recent past although data indicating how much has been lost is not available. Other data on short term trends is not clear. Therefore, this species has probably declined at least a little in the short term.

One high peaks population has not been seen since 1948 but more survey work needs to be conducted before it can be determined if this population has become extirpated. There is no clear data on how the extant populations have done in the past 100 + years.

Trampling by hiker traffic is known to be a threat at a majority of the populations.

Herbarium and perhaps field work are needed to verify the reports of this species from Clinton, Franklin, Hamilton, and Genesee Counties. Additional survey work is needed at the one high peaks population, known from historical records, to determine if that population is still extant. Further survey work in the high peaks region may turn up additional populations. Clear and consistent estimates of population size at extant populations is needed to help determine the trend of this species.

In New York this species grows exclusively in high alpine settings. Mostly it is in open alpine meadows but it can also grow on exposed rock and openings in krummholz at high elevations (New York Natural Heritage Program 2007). Alpine meadows and exposed, rocky sites (Gleason and Cronquist 1991). Forest-tundra, alpine meadows, and exposed coastal headlands, occasionally on open rocky uplands of Newfoundland. It is an integral part of the cladina-moss carpet between heath hummocks, from which it emerges 1 or 2 cm. It occurs on exposed headlands with Sibbaldiopsis tridentata, Vaccinium vitis-idaea, Danthonia spicata, or Deschampsia flexuosa or on the windswept hummocks of V. uliginosum, Empetrum nigrum, and Cornus canadensis, or on high moors in Sphagnum cushions. In every case, it is part of the ground-level vegetation rather than part of the shrub layer where V. angustifolium occurs (Vander Kloet 1977).

In New York, Vaccinium boreale is restricted to the high peaks region of the Adirondacks in Essex County. There are a few reports and records of this species occuring in other parts of New York (Clinton, Franklin, Hamilton, and Genesee Counties) but these need to be verified. New York is at the southwest edge of the range of this species.

This species occurs from northeastern Quebec and Labrador south to Newfoundland, Nova Scotia and the mountains of northern New England and New York.

High mountain blueberry is a dwarf low shrub that grows in dense colonies. It grows no more than about 3.5 inches tall. The twigs are covered with small warts and have arched hairs arranged in lines. The bright green leaves are up to about 7/8 of an inch long and a quarter as wide. They are not hairy, and have fine, sharp, gland-tipped teeth along the margins. The cylindrical flowers are white to greenish-white. The fruits are blue, about 1/8 to 1/4 inch in diameter, and like those of its close relatives, sweet and tasty (Vander Kloet 1977).

Vaccinium boreale has superficial rhizomes. The twigs have arched hairs in lines along grooves. The narrowly elliptic leaves are 2-6 mm wide and 8-21 mm long. The corolla is 3-4 mm long. It is diploid with 2n=24.

This species can usually be distinguished vegetatively from Vaccinium angustifolium but the two are very similar so corolla length is a useful additional character to use. Therefore, it is best to identify this species when it is in flower.

This species starts to flower in very early July and blooms throughout most of that month. Therefore, the best time to survey for this species is early to mid-July.

The time of year you would expect to find Northern Lowbush Blueberry vegetative, flowering, and fruiting in New York. 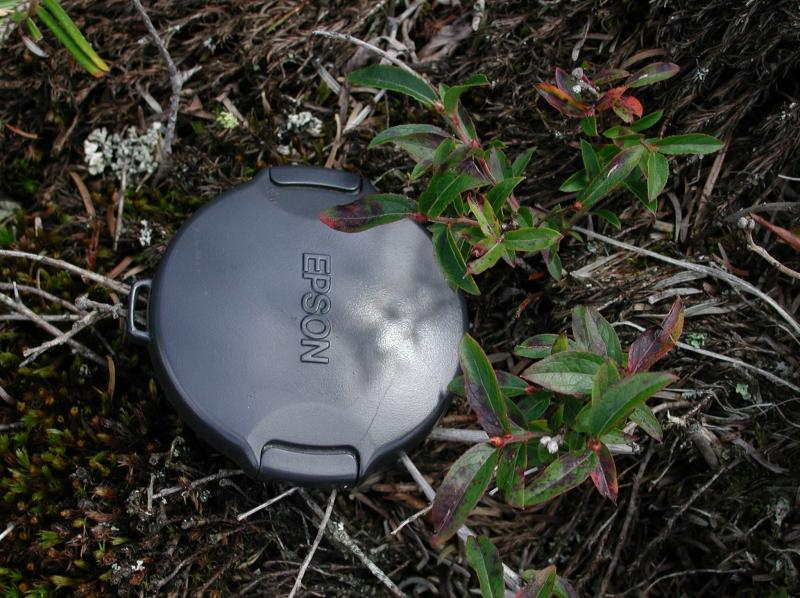 In 1961 Hall and Aalders (1961) described Vaccinium boreale. They indicated that many morphological characteristics that distinguish V. angustifolium from V. boreale can overlap. Subsequent work by Vander Kloet (1977) helped justify the recognition of this taxon at the species level. Hybridization attempts between Vaccinium angustifolium and V. boreale have failed (Vander Kloet 1977).