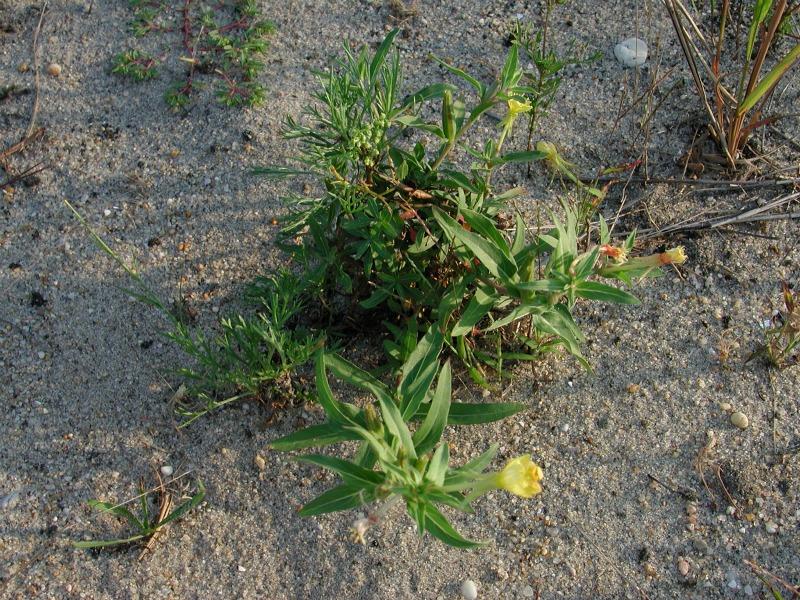 The species name honors William Oakes (1799-1848), a famous New England botanist who first collected this plant. His career was cut short when he fell overboard from a ferry boat between Boston and East Boston and drowned. His name was used for another New York rare plant, Oakesia conradii, which later was changed to Corema conradii.

There are six existing populations but only two of them have more than 100 plants. Their locations are in disturbed areas which may have a larger effect on population sizes from year to year. There are 26 historical occurrences but many of these have probably been extirpated by development of the open sandy areas.

Existing populations seem to be stable at low numbers but most populations have only been surveyed once.

Populations seem to be declining from historical numbers but this species is difficult to identify and may move around from one disturbance to another so trends are difficult to assess.

When plants occur along sand roads they are vulnerable to ORV traffic during the growing season. Improper road maintenance activities may also be a problem.

Research is needed into the demography of the species on Long Island. Information is needed about how much this species moves around among disturbances and if it establishes a seed bank.

Most populations of this plant in New York occur on maritime dunes, though there are a few occurrences on disturbed, sandy soils along roadsides or streamsides in pine barrens (New York Natural Heritage Program 2010). Disturbed open places (Gleason and Cronquist 1991). Sandy or rocky shores, dunes, and clearings along the Great Lakes; occasionally inland along railroads, on sandy shores, in clearings or other disturbed places (Voss 1985).

This species is most common on Staten Island and Long Island but there are historical records upstate from Fulton, Washington, and Warren counties in the east and Cayuga and Ontario counties to the west.

This occurs from Newfoundland and Nova Scotia south to North Carolina and Tennessee then northwest to Wisconsin, Minnesota and Ontario.

Oenothera oakesiana is an annual herb species with erect or ascending stems simple or branching from the base (the upper portion of the infloresence nodding at the tip), 0.5 to 2 m tall, and covered with long, spreading, whitish hairs. The leaves are gray-green in color, narrowly oblanceolate or elliptic, and entire or remotely toothed. The flowers are sessile, open at twilight, and are borne in the axils of the upper leaves. They have greenish or yellow sepals with red flecks or stripes, connivent at the base, and pale yellow petals 7 to 20 mm long. The fruit are rounded capsules thickest near their bases and 1.5 to 4.0 cm long, containing angular, unpitted seeds (Gleason and Cronquist 1991, Voss 1985, Rhoads 2000).

Plants in flower are easiest to identify, though those with mature fruit may also be identified.

Oenothera oakesiana is closely related to (and formerly considered a variety of) both O. biennis and to O. parviflora. O. biennis is distinguished from O. oakesiana by having its floresence erect to the tip and sepals closely connivent at the base. O. parviflora has brighter green leaves than those of O. oakesiana, and its infloresence has gland-tipped hairs (Rhoads 2000, Voss 1985).

Oeonother oakesiana flowers in August and into September, and the fruits may persist from September through October.

The time of year you would expect to find Oakes' Evening Primrose flowering and fruiting in New York. 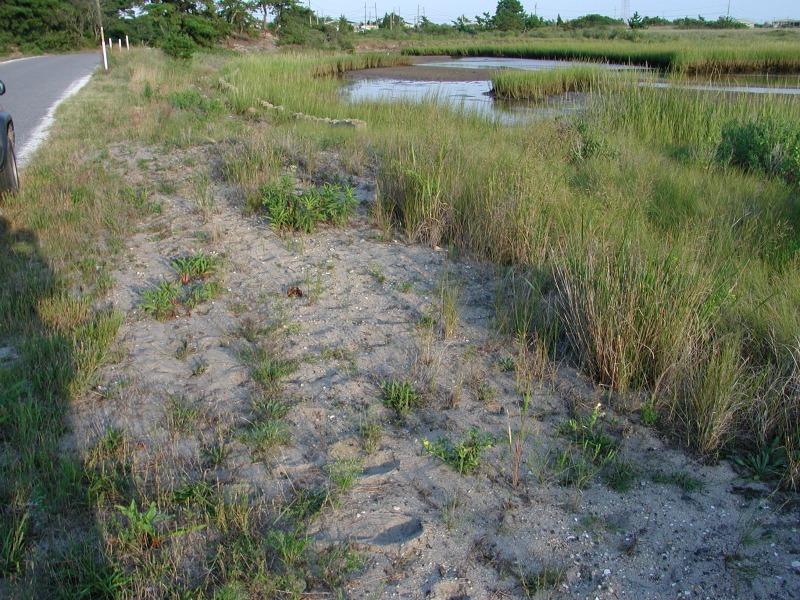 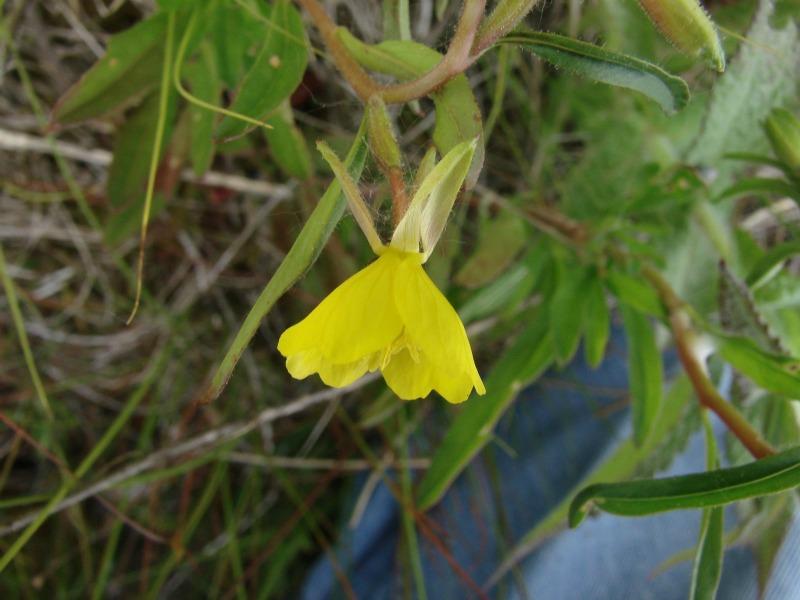