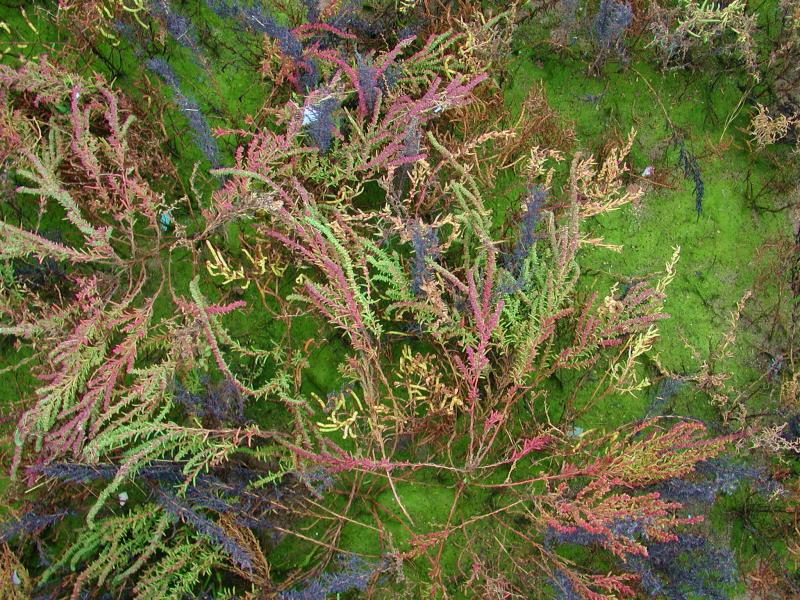 Roland's sea-blite was not recognized as a separate species until 1978. It was named after Albert G. Roland, the author of the Flora of Nova Scotia (Bassett and Crompton 1978).

There are six existing populations, but all of them are small with less than 200 plants. No other historical records are known.

The short-term trend is unknown. Most of the known populations have been visited only once in recent decades and additional visits are needed to determine their trend.

The long-term trend in number of populations appears to be stable.This plant has always been very rare in New York. All the known historical populations have been rediscovered.

Four populations occur in areas with a lot of human and boat activity which threatened these populations by direct disturbance. Encroachment by Phragmites is a threat to some of the other populations.

Controlling the spread of Phragmites may benefit some populations.

Research is needed to determine whether the populations of Suaeda rolandii on Long Island have separate origins from Canadian populations of the (putatively) same species.

This saltmarsh plant is currently known from Queens and Suffolk counties with historical records in Nassau County and Brooklyn.

Roland's Sea-blite is rare throughout its current range from Nova Scotia and New Brunswick in Canada and New York's Long Island. It is also historically known from both coastal Québec and New Jersey.

Suaeda rolandii is an annual (at least in New York) herbaceous species with a woody taproot. It is normally erect or ascending and single-stemmed, up to 70 centimeters tall, and branching only from the upper stem. The leaves are fleshy and succulent, linear, and up to 3 centimeters long. The flower heads are distributed throughout the main stem and lateral branches. The sepals are hooded and keeled, somewhat unequal, and 2 to 4 millimeters wide (FNA 2003). The seeds are lens-shaped, black, and 1.5 to 2.3 millimeters in diameter. (FNA 2003, Clemants 1992). It may be our first Suaeda to turn red in autumn.

Plants with mature fruits are best for identification.

Suaeda rolandii superficially resembles a larger, more succulent, and erect S. maritima, but S. rolandii flowers and fruits later in the season, and its flowers have unequal, unkeeled sepals, unlike the rounded sepals of S. maritima. Its fruits have larger seeds (1.5 to 2.0 millimeters in diameter) than those of the other two New York Suaeda species, S. linearis and S. calceoliformis (10 to 1.5 mm) (Clemants 1992).

Fruiting plants should be present October and into November.

The time of year you would expect to find Roland's Seablite fruiting in New York. 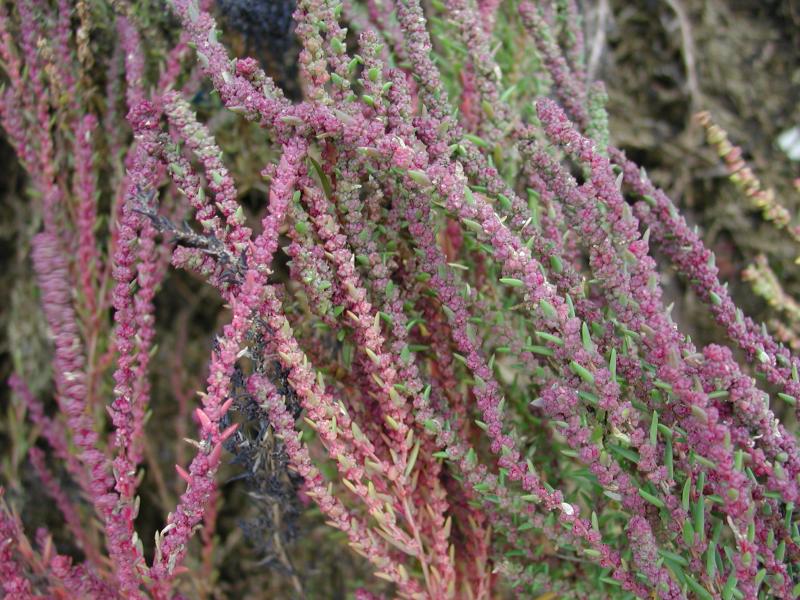 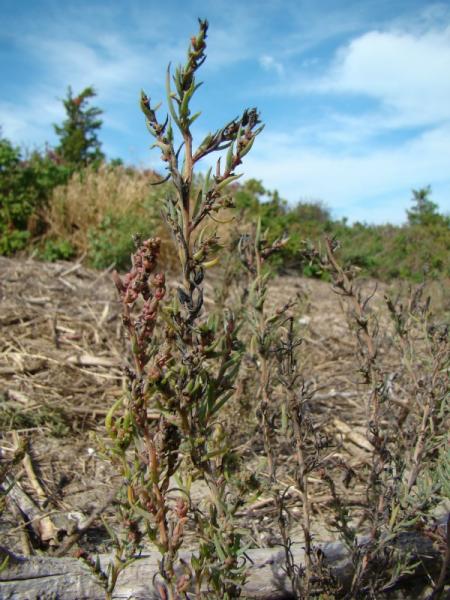 An allotetraploid from a cross between S. maritima and S. calcolariformis (=americana). Described in 1978 by Basset and Crompton in J. Canad. Bot. 56:588.

Information for this guide was last updated on: November 4, 2011