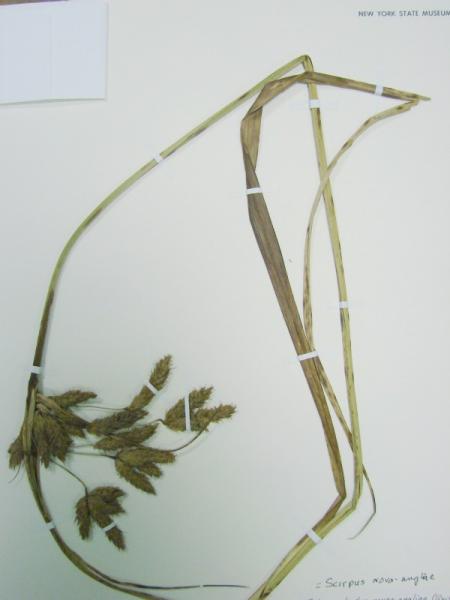 The genus name is derived from the Greek words meaning bulb and rush, and refers to the underground corms that characterize this genus. This species is probably of hybrid origin because its characters and habitat preference is intermediate between the freshwater species Bolboschoenus fluviatilis and the salt water species Bolboschoenus robustus (Flora of North America 2002).

There are four existing populations and three of them are of good size. There are three additional historical locations which are probably extirpated.

At two sites the short-term trend seems stable after multiple visits. At two other sites there has only been one visit each.

This species was never common in New York with only six historical records. Four of those records were rediscovered and two are probably extirpated. One new site has been discovered so the long-term trend of the species has not changed significantly over the last 100 years.

The sites where this plant occurs may be hard to protect from water chemistry changes and Phragmites invasion.

Saltmarsh Bulrush is found in brackish marshes along tidal creeks and rivers. A hybrid, it apparently has a habitat niche intermediate between those of its parents -- occupying sites saltier than those of B. fluviatilis, but fresher than those of B. robustus (FNA 2002, New York Natural Heritage Program 2007). Saline to brackish marshes and brackish to fresh tidal shores (Fernald 1970). Brackish transitional zones of tidal river systems (Gleason and Cronquist 1991).

This species occurs on coasts and in estuaries from Maine in the north through the mid-Atlantic states to Virginia. There is also a single record from Georgia.

Saltmarsh Bulrush is a stout perennial plant, arising from tuberous rhizomes, with a stout, triangular stem up to 1.5 m tall. The leaves sheath the stem for at least half its length, and the leaf blades are 6 to 13 mm wide. The fruit are achenes, tightly packed into solitary or clustered spikelets, these in turn organized into subumbellate infloresences, the clusters of spikelets separated on rays (branches) not more than 8 cm long.

Mature fruit are needed to identify this species.

Saltmarsh bulrush is believed to have originated as a hybrid between Bolboschoenus fluviatilis and B. robustus. It is intermediate in both habitat and certain anatomical characteristics. In addition to habitat characteristics, it can be distinguished from B. fluviatilis by having lenticular to trigonous achenes with the perianth bristles weakly attached or soon falling away , whereas B. fluviatilis has markedly trigonous achenes, with the perianth bristles firmly attached. B. novae-angliae differs from B. robustus, as well as from B. maritimus, another species of concern in New York, in having most or all of the infloresences on elongate branches, whereas at least half of the infloresences of B. robustus and B. maritimus are sessile.

Bulboschoenus novae-angliae flowers in June and July, and the fruits persist through September.

The time of year you would expect to find New England Bulrush flowering and fruiting in New York. 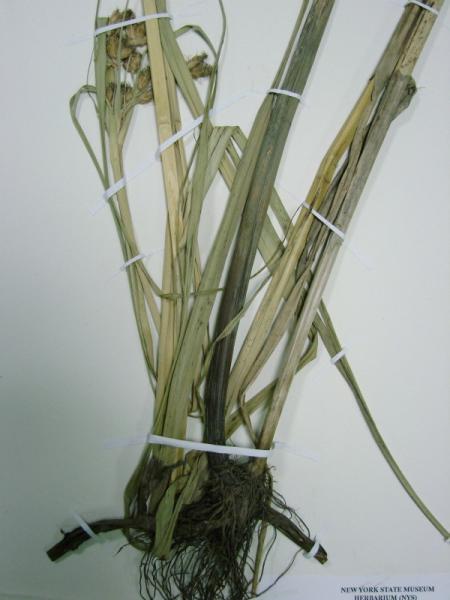 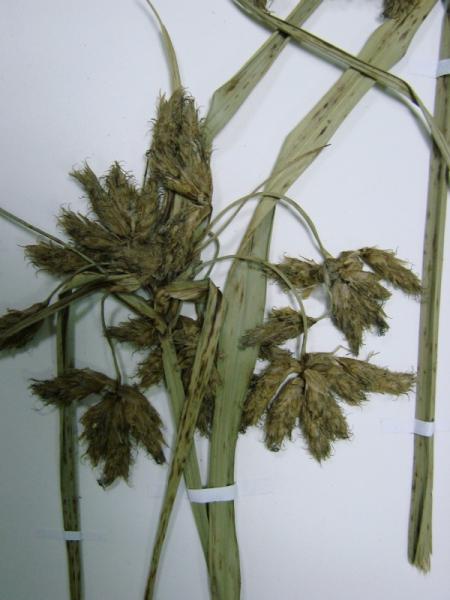 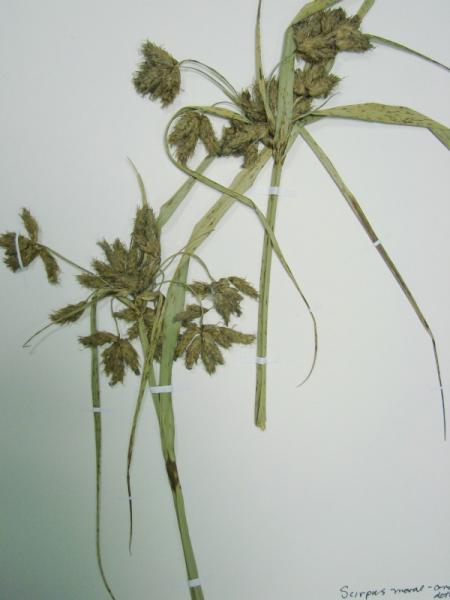 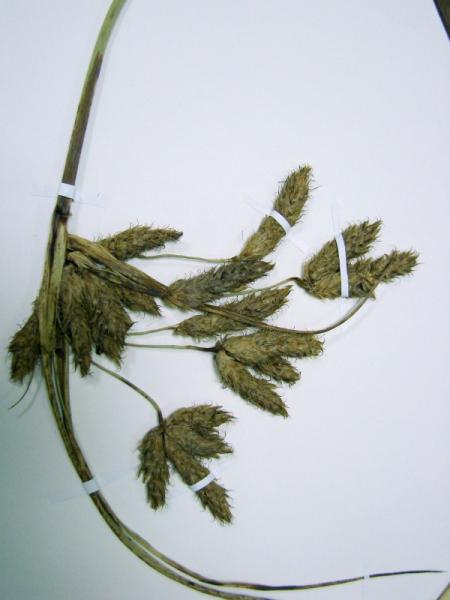