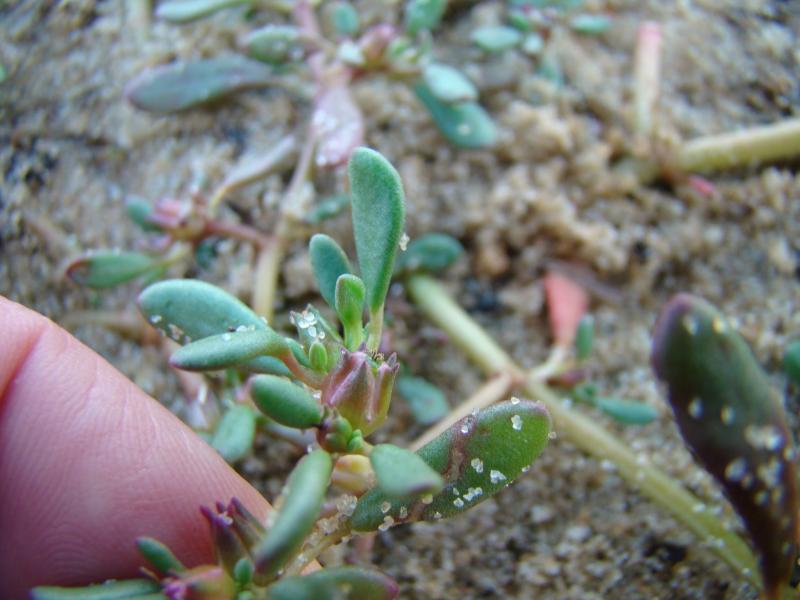 The genus was named by Linnaeus after the Sesuvii, a Gallic tribe mentioned by Cesar as part of the Armoric states which, like Sesuvium, were located in the Atlantic maritime region in present-day France (McDevitte and Bohn 1869).

There are three existing populations and two of them have over 100 plants each. The smaller population is in a pristine and well-protected area. There are also five historical records from the late 1800s to the mid-1940s which need to be resurveyed to see whether the plants are still there.

The short-term trend seems to be stable.

The long-term trend appears negative. This plant has always been very rare in New York but some of the older populations are probably not around anymore.

There are no known threats at this time.

Natural area buffers should be maintained around the populations to prevent too much direct human disturbance.

Propagation studies could be done to see if populations can be augmented.

In New York, all the existing populations of Sesuvium maritimum occur on the shores of coastal salt ponds. These are sites where fresh water mixes with adjacent salt water. The ponds may be cut off from the ocean, but replenished during storms or high tide events. S. maritimum grows on the shores of such ponds in sandy or gravelly substrates, sometimes below the high tide line (New York Natural Heritage Program 2011). Sandy shores, beaches, dune swales, brackish marshes, banks along or near coasts, waste grounds, ballast (FNA 2003). Sea-beaches (Gleason and Cronquist 1991).

This saltmarsh plant is only known from Suffolk County, Long Island. It is considered extirpated from the inland saltmarshes of the Syracuse area.

This saltmarsh wildflower grows along the Atlantic and Gulf Coasts from New York south to Florida, west to Louisiana, to the coast of Texas. There are scattered inland populations north to Oklahoma and Kansas. It is rare along the Atlantic Coast from North Carolina north.

Sea purslane is an annual, succulent herb, lying prostrate on the ground or ascending, and copiously branched. The leaves are opposite and entire, with up to 2.5 centimeters long, and tapering to the base, with clasping petioles. The flowers are solitary, with a pink to purplish calyx up to 3 millimeters long and 5 stamens. The fruit are ovoid capsules up to 5 millimeters long (FNA 2003).

Sea Purslane may be identified in vegetative form as well as when flowering or fruiting.

There are no other species of Sesuvium in the northeast, and the fleshy, opposite leaves and prostrate, branching form give Sea purslane a unique appearance on New York's ocean beaches.

Sesuvium maritimum flowers soon after it emerges in July, and the flowers and fruits may persist through September.

The time of year you would expect to find Sea Purslane flowering and fruiting in New York. 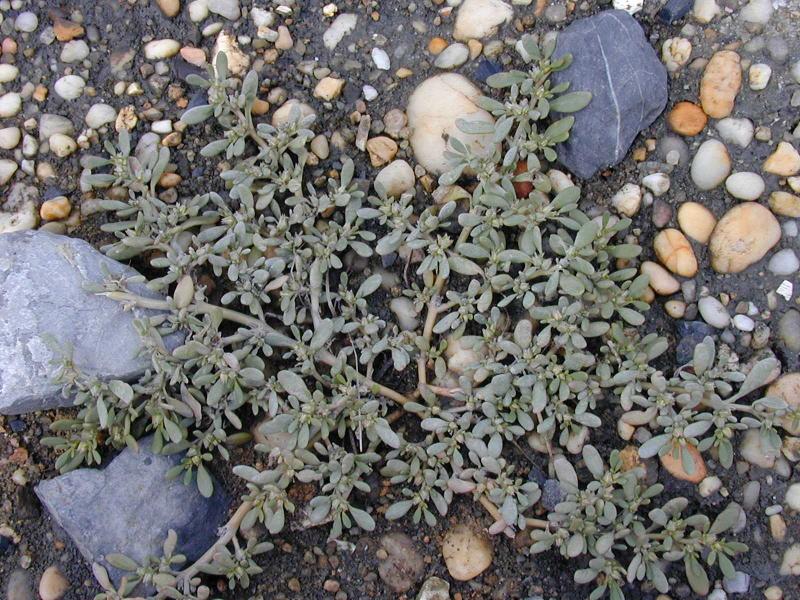 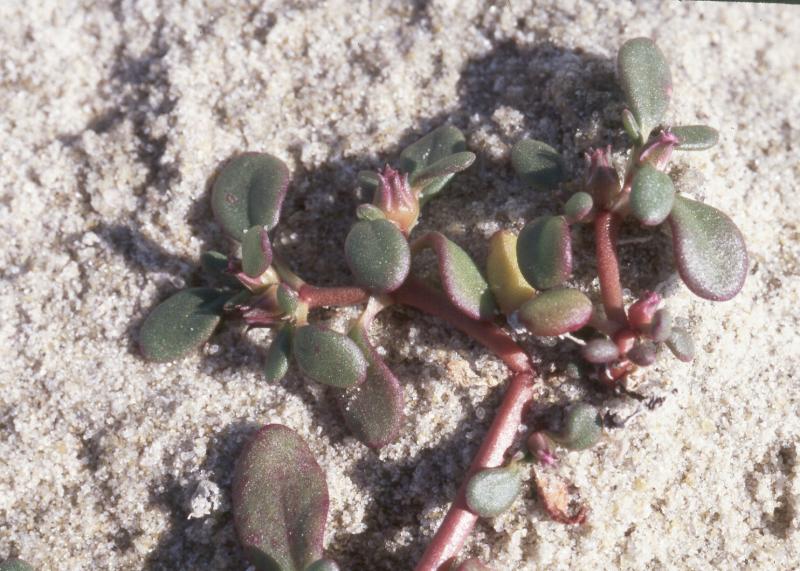 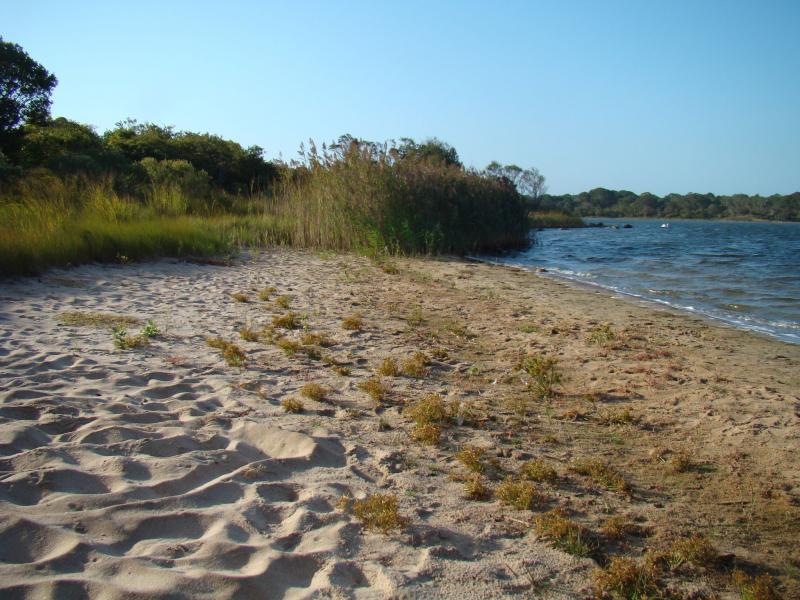