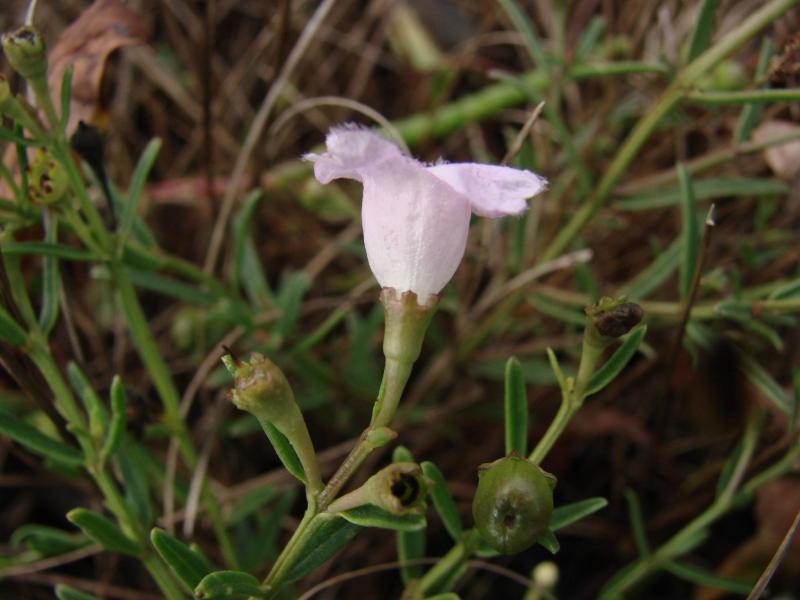 Even though this species is now only seen along the coast of Long Island, Seaside gerardia was reported from the inland salt marshes of Onondaga County in the early 1900s (Goodrich 1912). These salt marshes were eventually eliminated by development and Phragmites.

Populations may be diminishing because of Phragmites invasion.

There has been a substantial decline in the number of populations over the last 100 years because saltmarshes have been drained and manipulated. Phragmites has also eliminated some populations.

The plants occur in salt marshes that are subject to ditching and invasion by Phragmites. Phragmites is the larger and more immediate threat.

There are many saltmarshes on Long Island so why does this plant only occur in a few of them? A study of in the habitat requirements of this plant is needed.

Seaside Gerardia grows, as well it should, near the ocean. In New York it has most often been found in sparsely vegetated areas within and around the edges of high salt marsh, and occasionally in other tidal zones such as low salt marsh or brackish tidal marsh (New York Natural Heritage Program 2010). Salt marshes (Gleason and Cronquist 1991, Haines 1998).

This species is known only from Suffolk County on eastern Long Island although historically it ranged west to New York City and Westchester County where it is now extirpated.

Seaside gerardia is an annual wildflower species growing up to 35 centimeters tall. The thick, succulent leaves are linear, 2 to 3 cm long and only 2 mm wide. The flowers are light purple or pink, arranged in pairs growing out of the axils of the upper leaves. They are 5-petaled, bell-shaped with spreading tips, 1.2 to 2 centimeters long, and marked with dark purple dots on the inside. The fruits are rounded capsules 5 to 6 mm long, containing brown seeds. As is true for our other Gerardia species, each flower opens for only a single day. When not in flower these plants may be inconspicuous amongst the often taller salt marsh vegetation (Gleason and Cronquist 1991, Haines 1998).

Seaside Gerardia is most easily identified when in flower.

Seaside Gerardia is the only species of Agalinis in New York with rounded sepals that are obtuse or rounded at the tips. Other species have triangular or awl-shaped sepals with sharp-pointed tips. It is also the only New York Agalinis normally found in salt marshes.

Seaside gerardia flowers in late August or September. The fruits can persist through November.

The time of year you would expect to find Seaside Agalinis vegetative, flowering, and fruiting in New York. 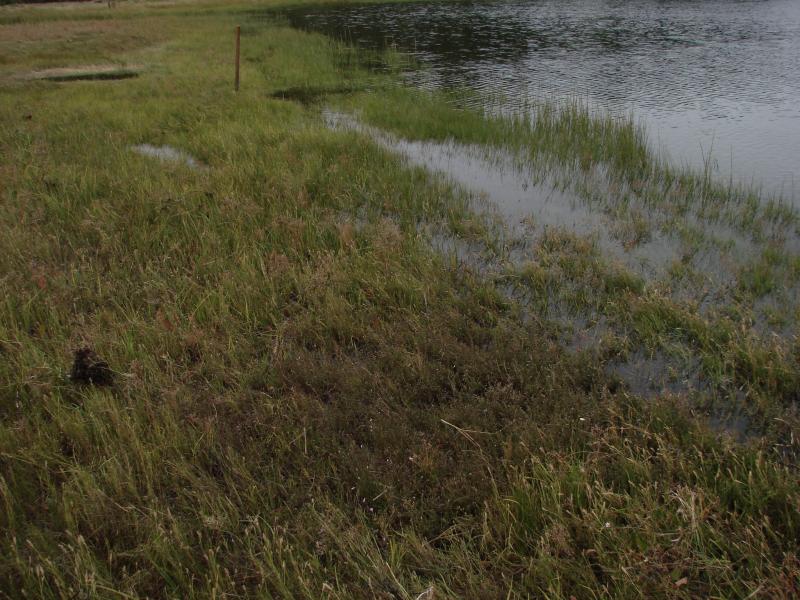 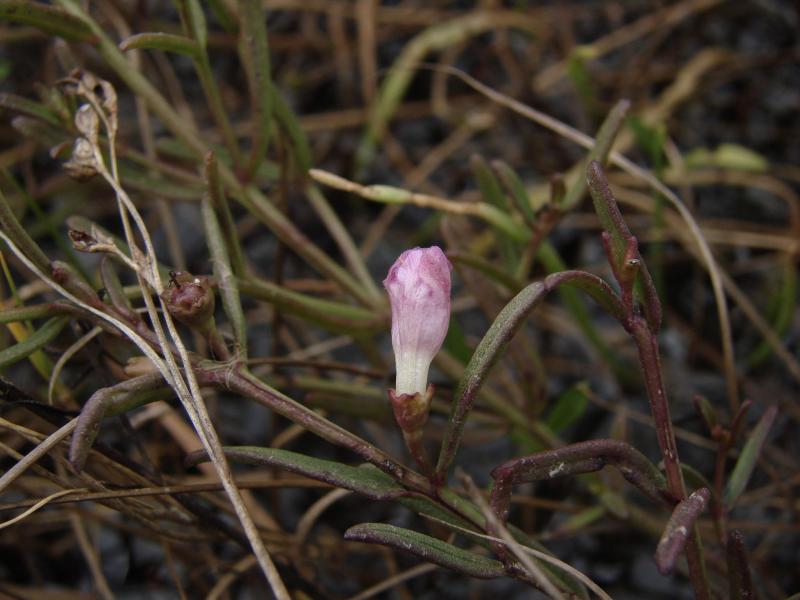 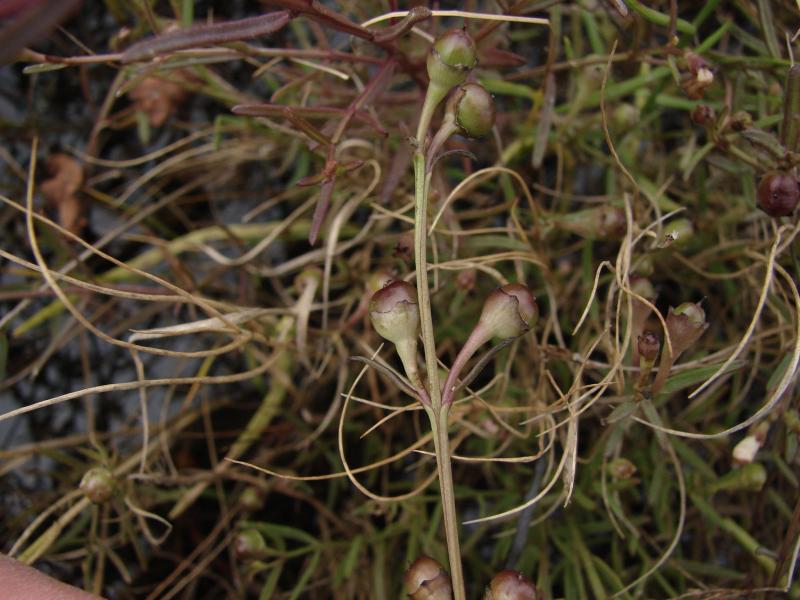 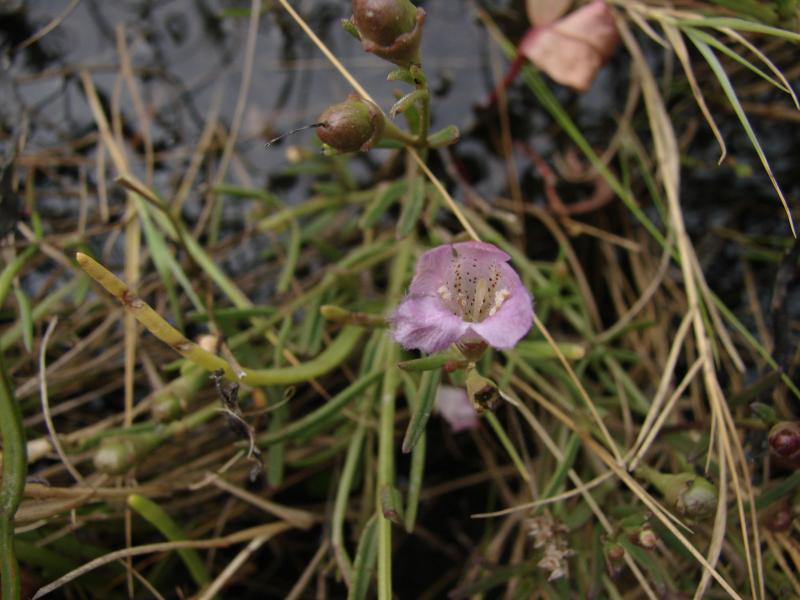 All of our Agalinis maritima are variety maritima.