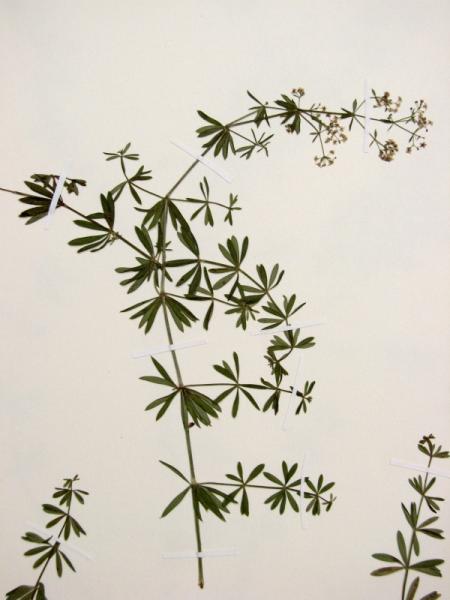 The genus name Galium comes from the Greek word "gala" or milk and refers to the ability of some species of Galium to curdle milk. The species name is from the Latin "concinnus" meaning well-arranged, skillfully joined, beautiful, or striking. In full flower this species is one of the most beautiful of the Galium species but since New York is on the eastern edge of its range it does not attain the size and beauty of the plants of the Midwest.

There are three existing populations but all of them are small and we lack a complete understanding of their threats and management issues. There are three additional historical locations, but one of them is probably extirpated.

The known populations have not been resurveyed to evaluate short-term trends.

This species has never been common in New York with only four historical records. One historical record has been relocated and one has not, while two new records have been found but there is little information on their condition and size.

Habitat destruction by housing developments is the greatest threat to this plant. Its upland, woodland habitat is often not protected from development.

In New York this species has been found in Hemlock-Northern Hardwood and Oak-Hickory forests, as well as along roadsides, trails, and riverside meadows. More information on habitat requirements in the state is needed (New York Natural Heritage Program 2007). Deciduous woods, including beech-maple and oak hickory; banks, swampy ground along streams (Voss 1996). Dry woods (Gleason and Cronquist 1991). Woods and thickets (Fernald 1970).

All the known, extant sites for this plant in New York are in the Lower Hudson Valley; there are historical records from Monroe and Ontario Counties in the western part of the state.

Galium concinnum is found from New York and Ontario in the east, south as far as Virginia and Tennessee, and ranges west from Minnesota south to Oklahoma. It is also disjunct to Utah.

Galium concinnum is a trailing, perennial herb, 15-60 cm tall. The stems have short, rough, downward-pointing hairs. The leaves on the main stem are in whorls of 6, and are linear, 1-2 cm long, and have an awl-shaped tip. The infloresences are branched 2-3 times, bearing tiny (2.4-3 mm wide) white flowers with 4 petals. The fruit are 1.5-2.3 mm high green smooth capsules.

This species is most easily identified when fruiting, though it may be possible to identify vegetative material.

An occasional specimen of Galium boreale with very small leaves might be mistaken for G. concinnum, but the leaves of G. boreale are all blunt tipped and only 4 per whorl. Depauperate or lax plants of Galium mollugo might also be confused with G. concinnum, but G. concinnum never has more than 6 leaves in a whorl, and its leaves are linear or nearly so, while Galium mollugo has 8-12 leaves whorled at the main nodes. Galium mollugo also is usually erect, and tends to be more of a weedy species of old fields, roadsides and woodland edges.

The time of year you would expect to find Shining Bedstraw vegetative, flowering, and fruiting in New York. 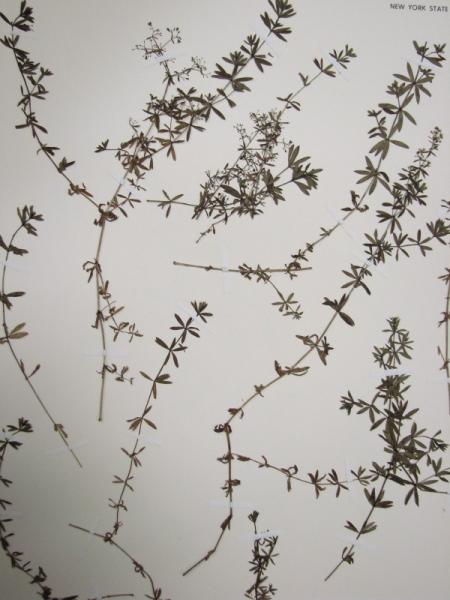 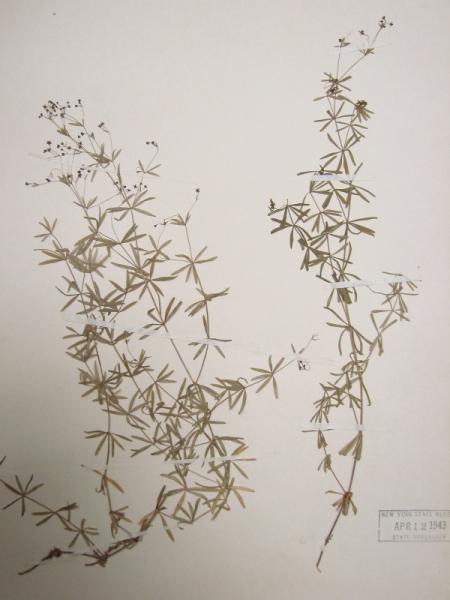 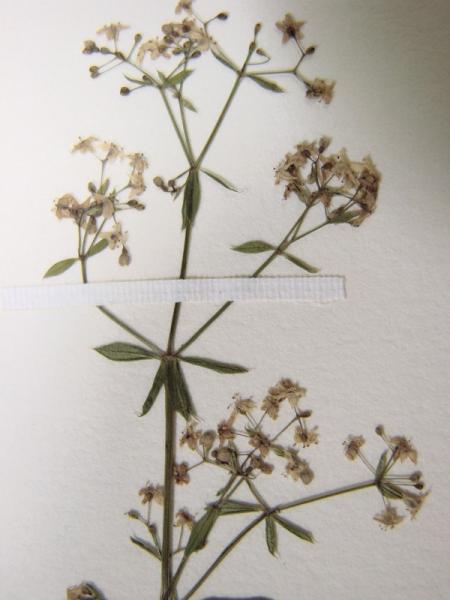 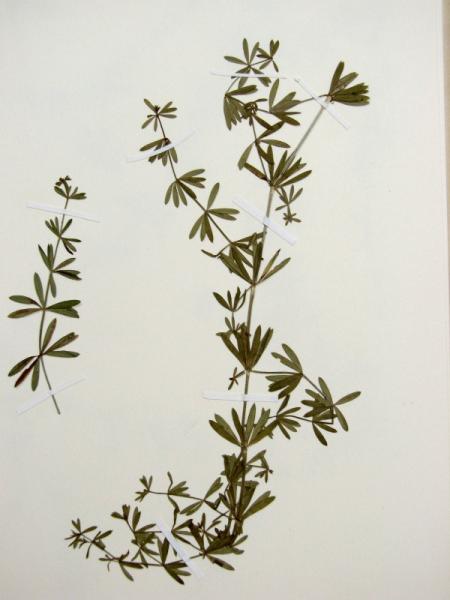 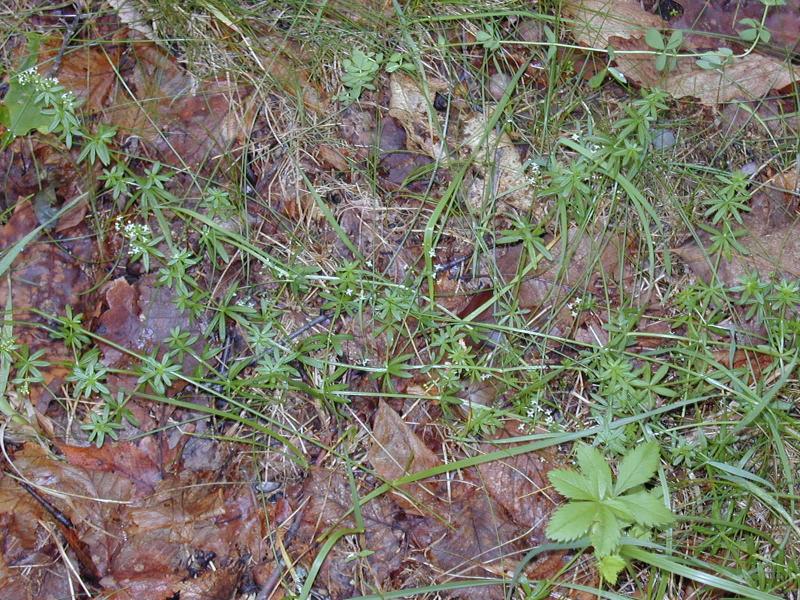