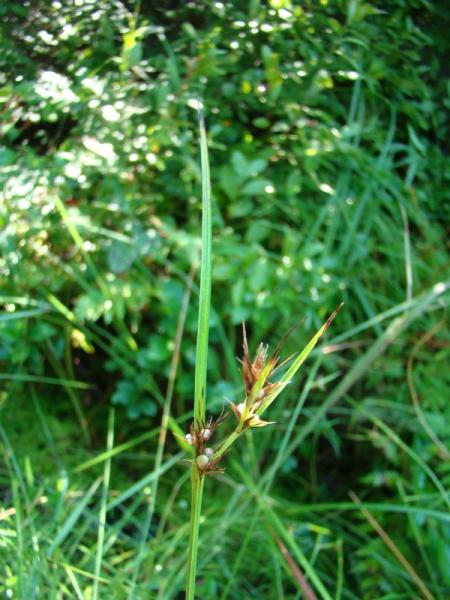 In New York, slender nutrush was only ever known around the Islip-Oakdale area on Long Island and one wetland in Nassau County that was drained. It is presently known from the Islip area, but has not been found anywhere else on Long Island.

There are two existing populations within a short distance of each other on Central Long Island, but neither of the populations has been seen in over 18 years. The plants may still be in the seed bank waiting for the right disturbance. This plant has always been rare in New York with only four other historical occurrences.

Existing populations have not been seen in many years and the species may be declining rapidly unless a seed bank has been established and they could return with disturbance.

This species never had more than four populations in New York so it has always been very rare. The current small populations continue that trend.

One of the populations is threatened by increased dumping and encroachment of development nearby. The succession of the wetland where it occurs is reducing habitat. The other population has plants next to a trail where they could be trampled or crowded out by the exotic Lespedeza cuneata.

Research is needed to determine if a seed bank has been established at known populations and whether disturbance would foster germination of new plants.

This herb is currently known from Suffolk County with historical records also from Nassau County. There is an unconfirmed report from Staten Island.

It extends from Long Island in the north along the Atlantic coastal plain south to South Carolina. There are also scattered populations in the mountains of North Carolina and Tennessee, the East Coast of Northern Florida and in Eastern Texas.

Scleria is a genus of sedge with trigonous culms, dimorphic spikelets, and conspicuous white achenes. Slender nutrush is a perennial species, with slender stems up to 80 cm tall, rising from long rhizomes. The leaves are 1 to 2.5 mm wide and glabrous. The stems are taller and more slender than the leaves. The infloresence is subtended by leafy bracts 3 to 10 cm long, and normally consists of 1 or 2 flower clusters (fascicles) each with 1 to 5 spikelets. Only the uppermost pistillate spikelet is fertile. The fruits are brownish gray achenes, sometimes with longitudinal dark stripes, 1.5 to 2 mm long, and are covered with a whitish siliceous crust (FNA 2002).

Slender nutrush is best identified when in fruit.

Slender nutrush fruits from late June through the end of September.

The time of year you would expect to find Slender Nut Sedge fruiting in New York. 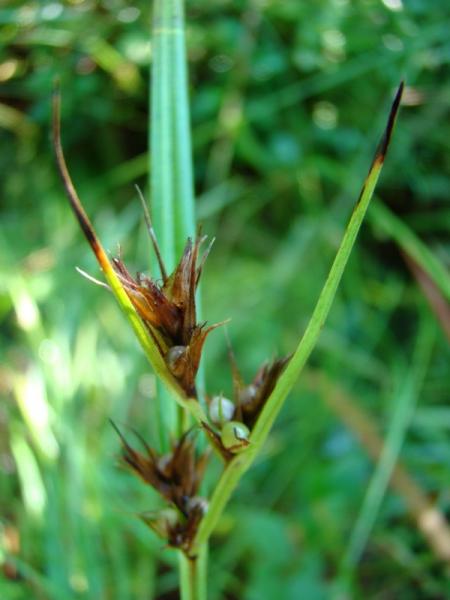 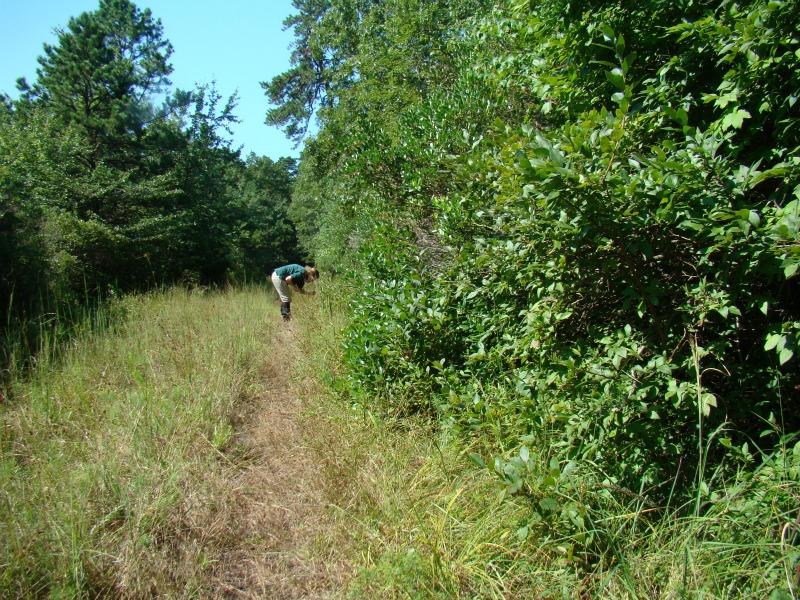 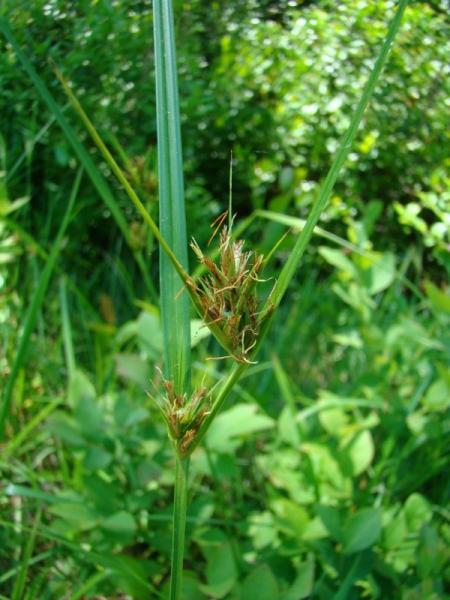