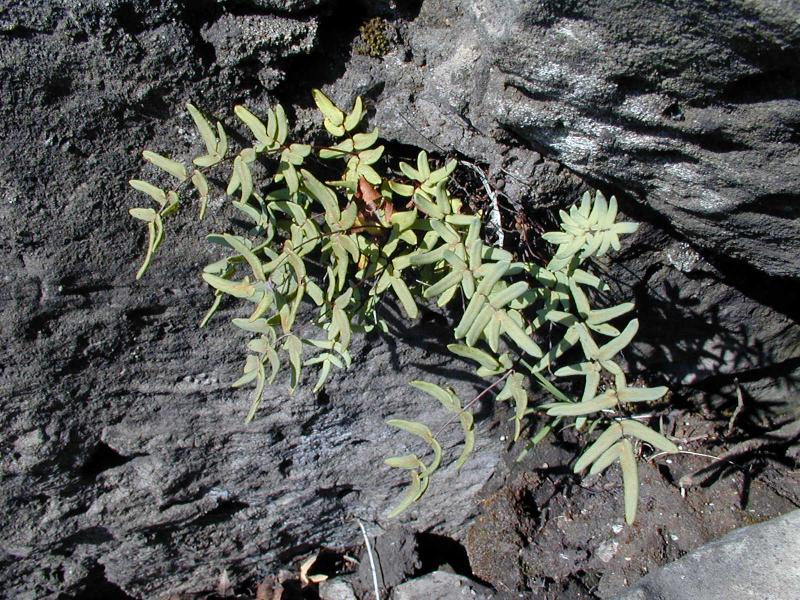 Scattered throughout upstate New York in fewer than a dozen places, it is a mystery why this fern is so much more rare than it's closely related species Pellaea atropurpurea.

There are 12 known populations and at least four additional historical locations. There are few threats to these populations and a brief trends assessement concluded that this species has been relatively stable in New York for many years. With continued survey work and the discovery of new populations, this plant may one-day move off the active plant list.

Populations that have been surveyed more than once are stable.

There is no evidence that this plant's distribution or population sizes have changed much. This suggest that the long-term trend is stable.

This fern's habitat is on hard-to-reach cliffs where no immediate threats are known.

There are no management considerations to offer at this time.

Research could be done into why this species is much more rare than the closely related species Pellaea atropurpurea.

A fern of mainly of calcareous cliffs, often with eroding or crumbly white limestone. These cliffs are often shaded, but not always. They may be associated with river/stream gorges. In a few locations, the cliff faces are composed on sandstone. At one location, this fern is found in the lime mortar of a stone wall (New York Natural Heritage Program 2004). Calcareous cliffs and ledges, usually on limestone substrates (Flora of North America 1993). Calcareous cliffs or bluffs (Gleason and Cronquist 1991). Chiefly on exposed calcareous rocky slopes often damper or more shaded [than typical Pellaea atropurpurea habitat] (Fernald 1970).

A fern located on cliffs and rock outcrops, typically restricted to the limestone escarpment that roughly parallel the New York State Thruway from Niagara Falls to Albany and south to the mid-Hudson Valley. Also known the the limestone areas of the St. Lawrence River Valley and scattered alkaline rock outcrops present elsewhere.

A fern that ranges from Vermont south to Virginia and Tennessee, and west to Minnesota, Kansas, Texas, and the western cordillera.

This is a cliff-loving fern with blue-green leaves that stick out at all angles from crevices in the rock. The 10-20 cm long leaf stalks are wiry, shiny, dark purple, and smooth or with only a few hairs. Each leaf has 7-10 pairs of widely-spaced lance-shaped leaflets. The leaflets at the bottom of the leaf stalk are divided into 2-4 additional leaflets but the leaflets become less divided toward the tip of each leaf. The spore packets are arranged along the edge of the leaf and are partially covered by the inrolled edges.

A fern with monomorphic leaves. The stipe is purple to black. The petiole and rachis is glabrous and lustrous or rarely with remote spreading hairs. The scales at the base of the stipe are lanceolate.

Mature fronds are all that that is needed to identify this plant. If a picture is taken, it should include leaves with close-up of rachis and petiole.

Purple cliff brake (Pellaea atropurpurea) has slightly dimorphic leaves that are stiffly erect, and the petiole and rachis are strongly hairy.

Mature fronds and sporing fronds may be present July through the first frost. This is also the best period when surveys could be conducted.

The time of year you would expect to find Smooth Cliffbrake vegetative and fruiting in New York. 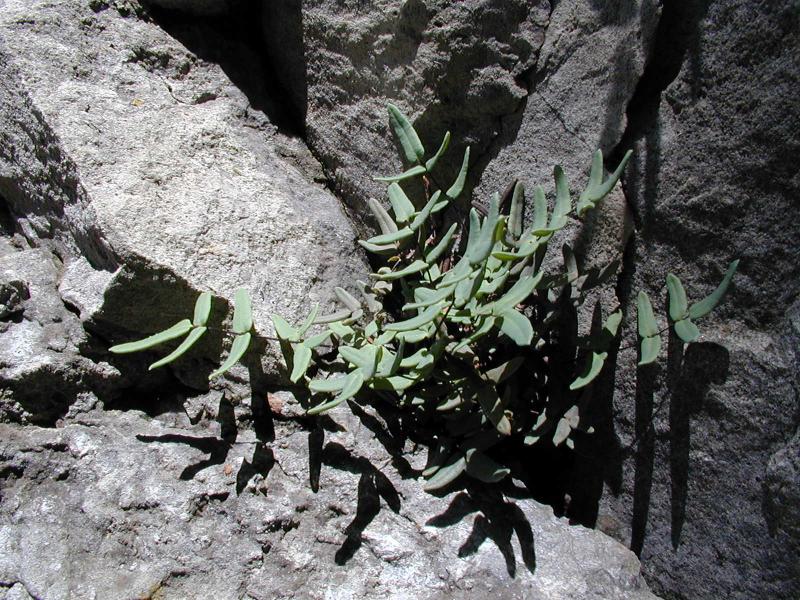 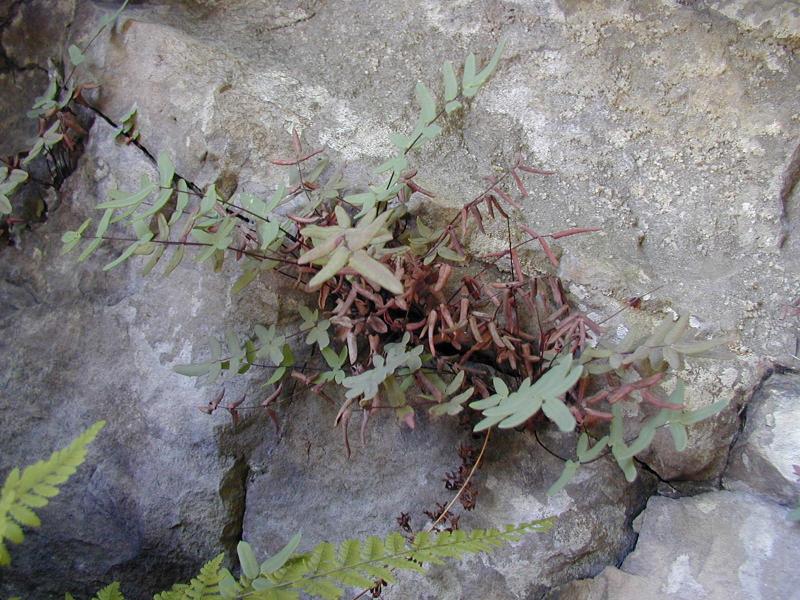