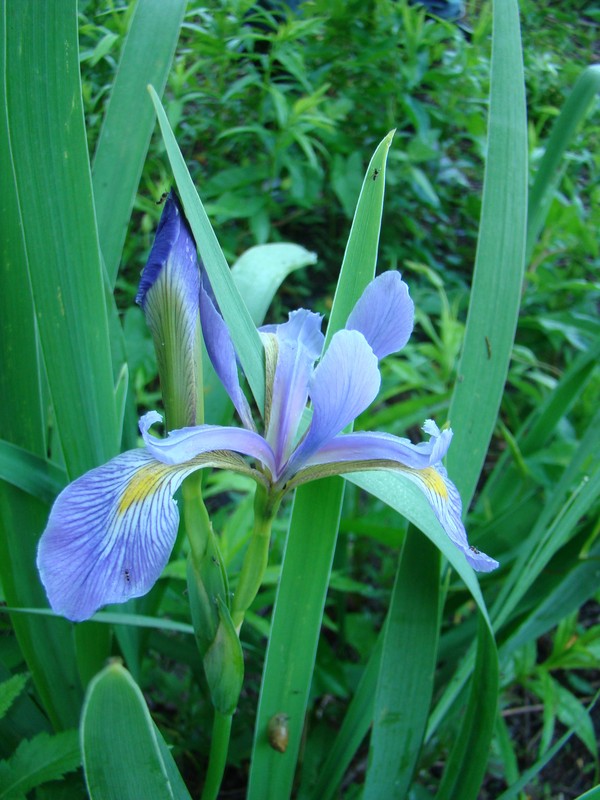 This species was first discovered in New York in 1998.

There are three existing populations along the Niagara River and one historical population near Sodus Bay.

Most of the populations in New York were not found until after 1997.

Shoreline development, trampling by fishermen, boat traffic through the marshes, and invasive species threaten these populations.

Invasive species should be suppressed near these populations. Fishermen and any planned trails should be kept away from the marshes where these occur.

There are no research needs identified at this time.

In New York Southern Blue Flag is found only on Niagara river islands, though there are historical records from the shore of Lake Ontario and from Long Island.

New York marks the northeastern limit of this Iris's distribution. It ranges west to Minnesota, south to Louisiana and east Texas, and throughout most of the southeast.

Iris virginica is an erect, colony-forming, perennial forb that grows from 50 cm to 1 m tall. It spreads via creeping rhizomes which typically bear 1 to 3 branches. The stems are solid and 2 to 3-branched. The leaves are basal, upright or suberect with buff to purplish bases. They are sword-like (linear-ensiform), with gray-green to bright green blades with several prominent ribs. The main inflorescences are 2 to 3-flowered. The flowers are 6-parted, with the outer parts (sepals) spreading and arched, 4 to 8.4 cm long by 1.6 to 4 cm wide, and pale blue to purple (rarely white) with darker lines and a fine, pubscent bright yellow patch at the base. The inner parts (petals) are somewhat lanceolate to spade-shaped, 3 to 7 cm long by 1 to 3 cm wide with often notched tips.. The fruits are prominently beaked capsules 5 to 10 cm long and 1.4 to 2 cm wide (FNA 2002).

Iris virginica is an erect, colony-forming, perennial forb that grows from 50 cm to 1 m tall. It spreads via its creeping rhizomes which bear typically 1 to 3 branches. The stems are solid and 2 to 3 branched. The leaves are basal, upright or suberect and generally sword-like (linear-ensiform) with gray-green to bright green blades with several prominent ribs on mature leaves and buff to purplish bases. The main inflorescences are 2 to 3 flowered, with 1 to 2 flowered branches. The flowers are 6-parted and enclosed by compact sheathing bracts (spathes) often bearing brown striations. They are typically lavender to violet colored, rarely white, with the outer parts (sepals) spreading and arched, 4 to 8.4 cm long by 1.6 to 4 cm wide, and pale blue to purple with darker blue or purple lines and a fine pubscent yellow patch at the base. The inner parts (petals) are somewhat lanceolate to spade-shaped, 3 to 7 cm long by 1 to 3 cm wide often notched tips and with a greenish yellow narrowed base (claw) bearing blue or purplish lines. The fruits are capsules are prominently beaked and frequently long-cylindic in shape and 5 to 10 cm long by 1.4 to 2 cm wide. (FNA 2002)

For positive identification the whole plant including the stem, leaves and a mature intact flower is best.

A number of other Iris species occur in New York. Iris versicolor, the most similar to Iris virginiana, can be distinguished in flower by its pubescent green to greenish-yellow patch on the sepals that is surrounded by heavily veined, purple-on-white area (signal). Which contrasts with Iris virginica sepals which have a pubescent bright yellow patch at their bases. Iris prismatica also occurs on Long Island and the southern Hudson Valley but can be distinguished by its narrow leaves (2 to 9mm) and stoloniferous single stemmed habit, contrasting with Iris virginica rhizomatous, clumped growth habit and broader leaves (3 to 4 cm). Iris verna var. smalliana is a non-native species that can be distinguished from I. virginica by its broader leaves (5 to 13 cm), single-stemmed habit, and short stature, as it is only 5 to 15 cm tall.

The time of year you would expect to find Southern Blue Flag vegetative, flowering, and fruiting in New York. 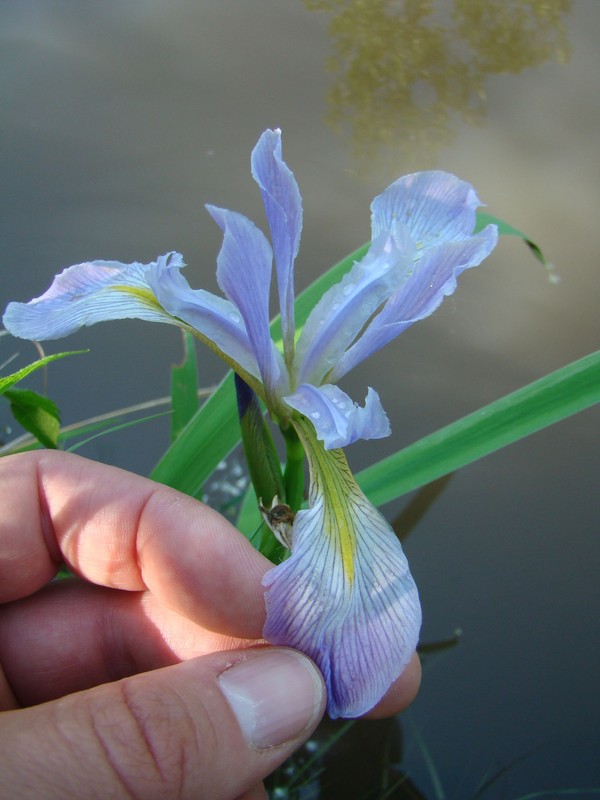 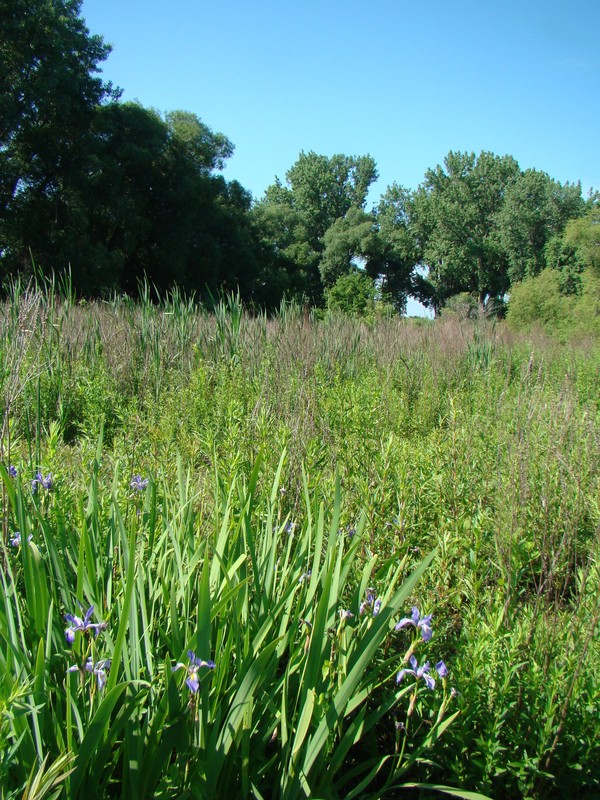 Information for this guide was last updated on: June 21, 2021