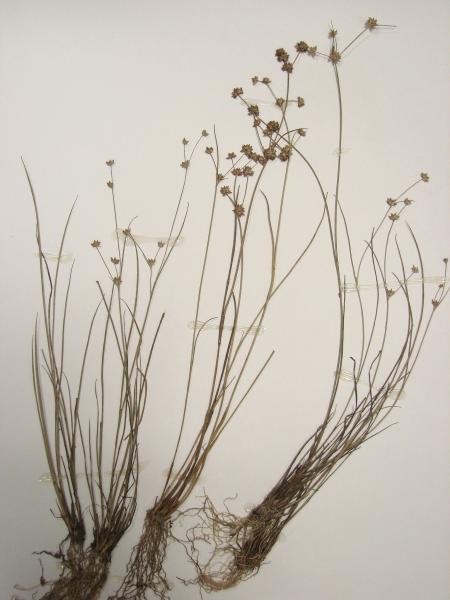 This species belongs to a group of Juncus with tails on the seeds, but since the tail is shorter than the tail of Canada rush its species name, meaning somewhat tailed, refects that.

There are three existing populations but one of them has no information about condition or numbers. One population is in good condition and one in excellent condition. There are 15 historical occurrences but many of these are from Western Long Island and considered extirpated.

The species has been in decline in recent years. About half of the existing populations that were found since 1985 have not been found again because of hydrology changes or habitat alteration. The last new population was found in 1999.

This species was never common in New York and many of its historical records from Nassau County are probably gone. The decline in the long-term trend is a result of habitat alteration and hydrology changes in the highly developed areas where it occurs.

Shoreline plants have been threatened by continued high water levels and habitat alteration. One population was crowded out by the invasion of Japanese silver grass (Microstegium vimineum).

Protect the wetland habitat by providing buffers against direct human impact and to protect the hydrology supporting the wetlands.

Research is needed into the environmental factors which limits its distribution. Management techniques for augmenting populations should be studied.

This species has been collected in a variety of wetland habitats in New York, including forested seeps and small wetlands, streamsides, and the edges of both natural and artificial ponds (New York Natural Heritage Program 2007). Bogs, mossy woods, shaded spring-heads, etc. (Fernald 1970). Swamps and wet shores (Gleason & Cronquist 1991).

In New York Juncus subcaudatus is mainly restricted to Long Island and the Lower Hudson Valley, though there have also been records from Erie and Cattaraugus Counties in the west.

Juncus subcaudatus is known from Newfoundland and Labrador in Canada, southern New England, and New York, and along the coast to Georgia and Alabama, and inland from Arkansas, Missouri, and the Appalachian states.

Woodland Rush is a tufted, grass-like perennial. Its stems are round, smooth, and from 15 to 60 cm tall, and only 1-3mm wide. There are 1-3 leaves along the stem, each from 4 to 15 cm long, septate (partitioned internally), and otherwise similar to the stems. The flowers are borne in heads of 3 to 35 on widely-spreading branches, each head with from 2-10 (20) flowers. As with all rushes, each flower has 6 tepals, or reduced petal-like structures; in J. subcaudatus these are acuminate. The fruit are capsules 3 to 3.8 mm long. Upon ripening these open to expose the seeds, which are .7 to 1.2 mm long with a whitish, translucent covering, and "tails" making up less than 1/2 of their length (FNA 2000).

Fruiting specimens are best for identifying this species.

Juncus canadensis is similar in overall form but has leaves approximately twice as thick, an erect or ascending infloresence, and larger flowers and fruit. J. debilis has seeds only .3 to .4 mm long and lacking the tail and translucent veil of J. subcaudatus seeds (Brooks and Clemants 2000).

Juncus subcaudatus flowers from mid-June to mid-July, and mature fruits develop from July to early October.

The time of year you would expect to find Spreading Rush fruiting in New York. 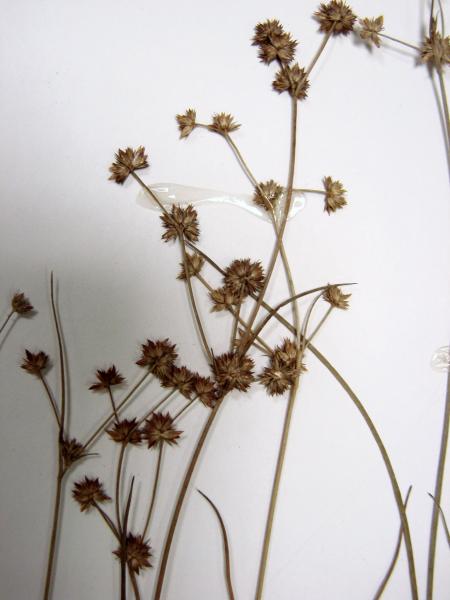 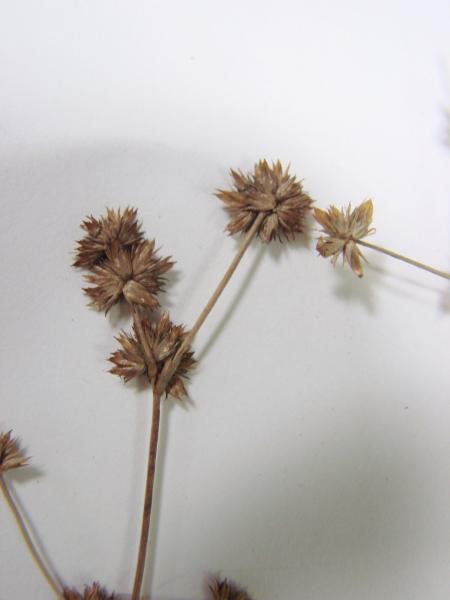 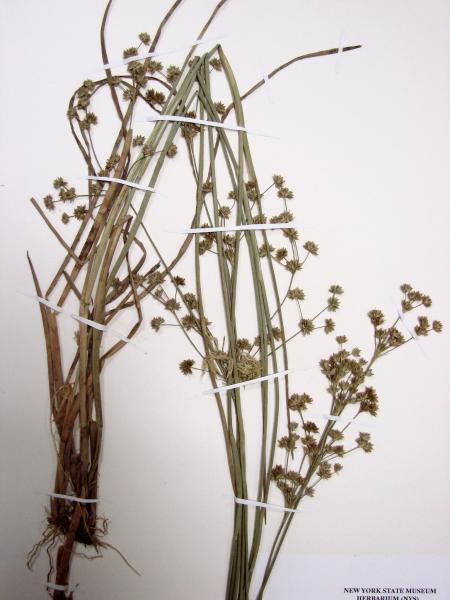 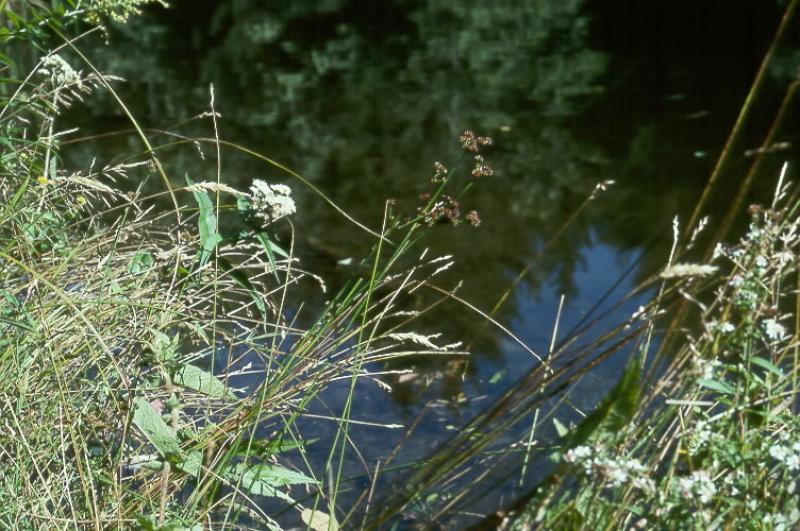