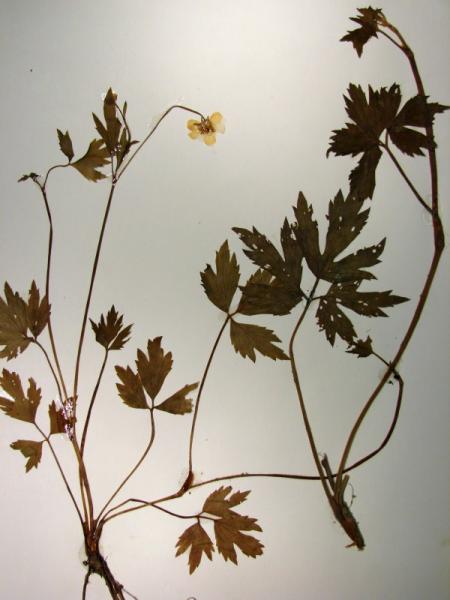 This species is probably overlooked in the field because of the subtle differences between it and the other two varieties of Ranunculus hispidus which are very common in the state.

There are three existing populations although one of them has not been checked since 1982 and its location is not very specific. The other two existing populations have only three or four plants each and grow in dynamic habitats which could threaten plants. There are only four historical records and only one has a good chance of being rediscovered.

None of the existing populations has been rechecked in recent years so short-term trends are unknown.

This species has always been rare in New York with only four historical records but none of these have been relocated. This decline has been offset somewhat by the discovery of three new but small populations.

Plants may be affected by fluctuations in river water levels or by erosion of the soil at the edge of a marsh.

Establish sufficient buffers around populations to preserve the undisturbed aspect and hydrology of their habitat. Protect shoreline habitat from human disturbance and excessive erosion.

The three confirmed, existing locations of Ranunculus hispidus var.nitidus in New York are each from along the edges of streams or reservoirs. The soil substrate at these sites is soft and mucky. More information on the habitat preferences of this variety in New York is needed, as there are historical records with no habitat data from widespread locations across the state. (New York Natural Heritage Program 2007). Low woods, thickets and shores (Fernald 1970). Wet woods, river bottoms, swamps and ditches (Mitchell & Dean 1982).

This variety of swamp buttercup has been collected from scattered locations throughout New York, though it is currently confirmed to be extant only in Columbia and Sullivan Counties.

Ranunculus hispidus var. hispidus reaches the northeastern limit of its range in New York State, and ranges south to northern Florida, the Gulf states and East Texas, and west to Minnesota and the eastern edge of the Great Plains.

Ranunculus hispidus var. nitidus is a perennial wildflower species, growing from 1.5 to 9 dm tall from thick, fibrous roots. The stems are prostrate at the base, and sometimes root at the nodes, but are erect at the tips. The leaves are either 3-lobed or palmately divided into 3 leaflets, these in turn are toothed or deeply cleft. The petals are the familiar, shiny yellow of the common buttercup species, with petals 8-12 mm long. The stems and sepals are both covered with silky white hairs. The sepals reflex (turn down) as the fruit matures. The fruit develop on cone-shaped receptacles, each producing 10-20 broad-margined achenes.

Plants with both leafy stems and intact fruit are best for identification.

Ranunculus hispidus var. hispidus has erect stems, not rooting at the nodes, with the sepals usually spreading, not reflexed, and it is a plant of dry habitats. Ranunculus hispidus var. caricetorum has sepals that are either spreading or reflexed from the base (var. nitidus sepals are reflexed from 1 mm above the base), and the margins of the achenes are .1 to .2 mm broad (var. nitidus has achenes with margins .4 to 1.2 mm broad).

Ranunculus fascicularis has principal leaves that are mostly longer than wide, a cone-shaped mature receptacle (R. hispidus var. nitidus has an elliptical receptacle), tuberous roots, and it is a plant of dry habitats.

The flowers emerge in May to early June, and the fruits mature in July.

The time of year you would expect to find Southern Swamp Buttercup flowering and fruiting in New York. 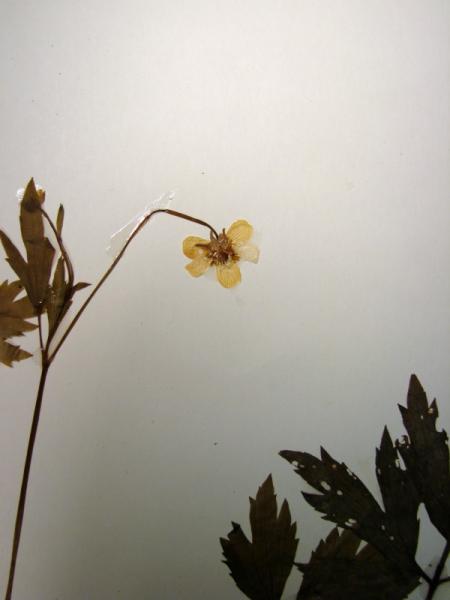 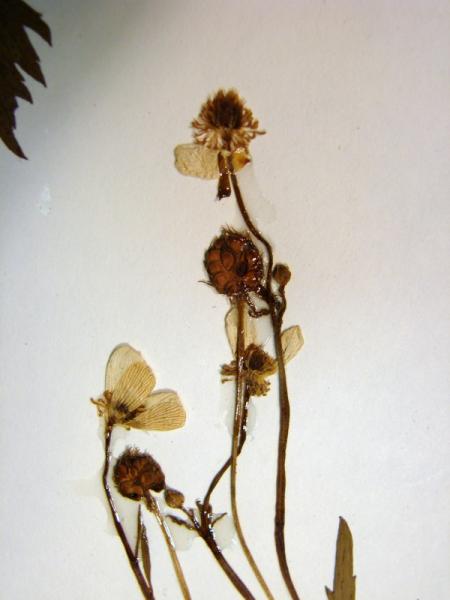 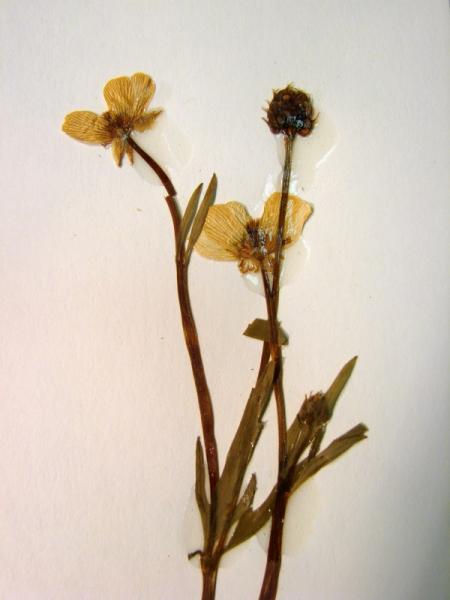 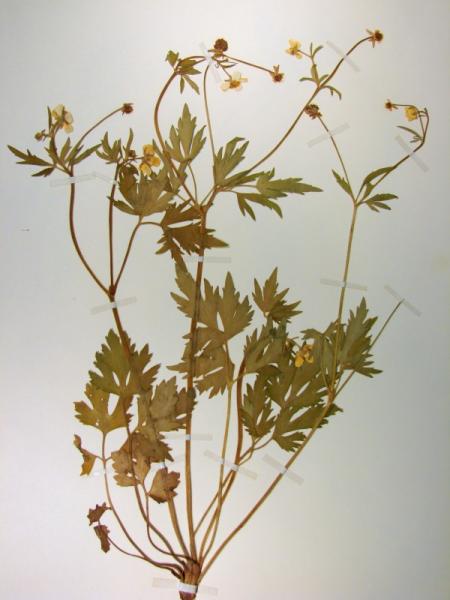 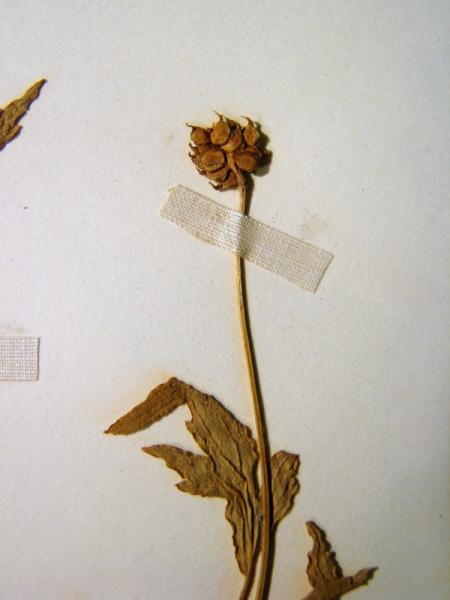 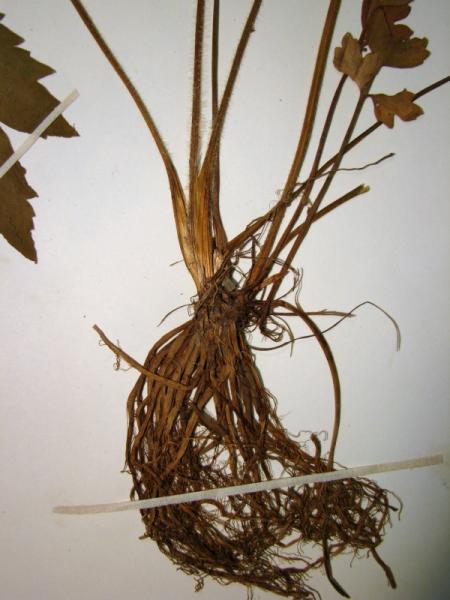 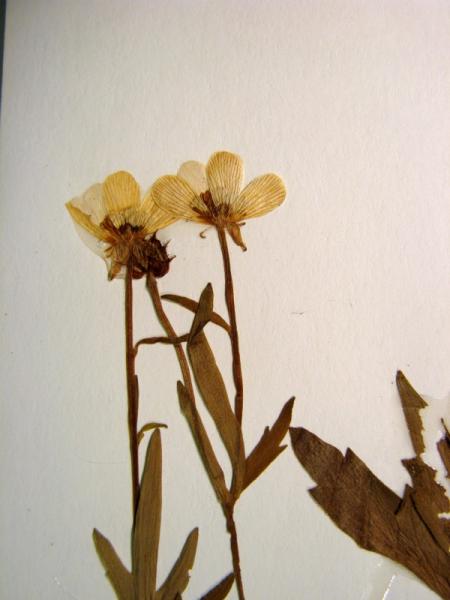 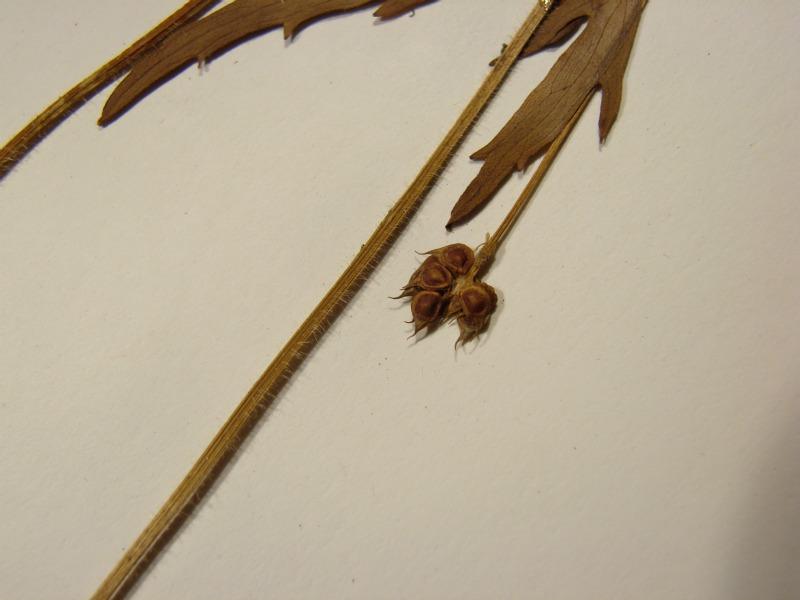 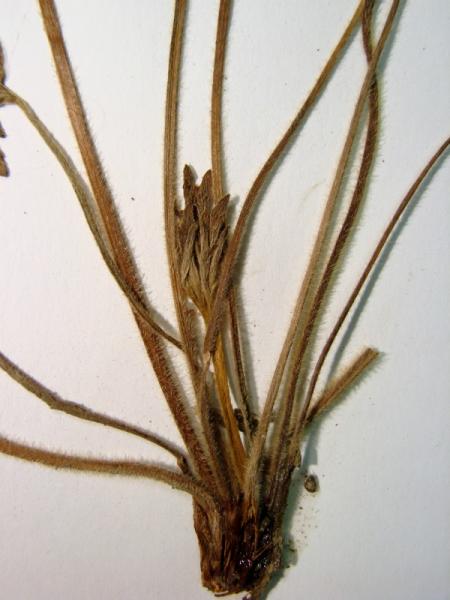 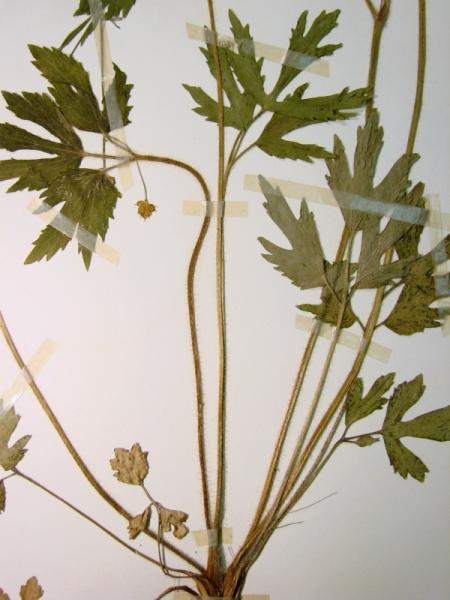 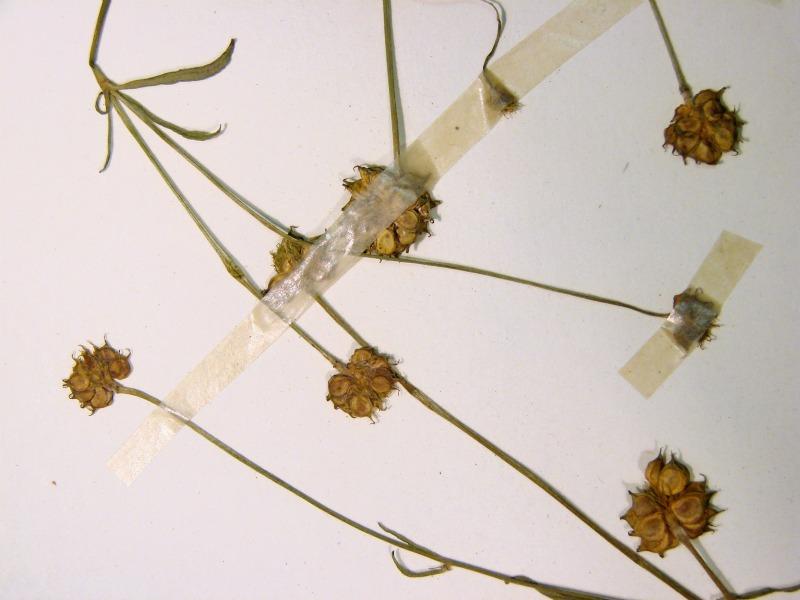