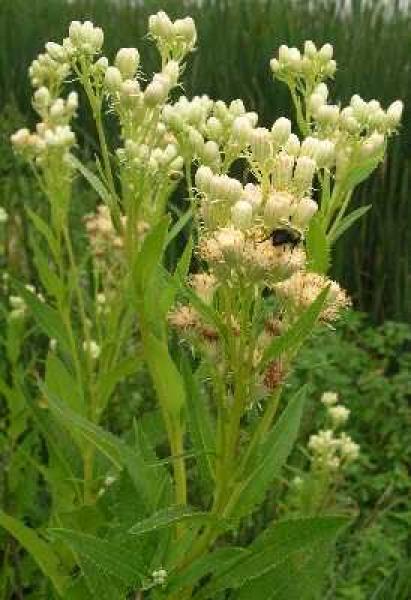 The genus name means spear-shaped and refers to the shape of the leaves. The species name means sweet-smelling but there are no reports of how sweet it is or what the fragrance smells like (Sharp 2000).

There are four verified occurrences and fifteen historical occurrences.

The short term trend appears positive with the discovery of two new populations in 2015. However, the lack of revisits to the other sites considered extant precludes confirmation of this trend.

Development or land use conversion of floodplain shrub and forest habitats are threats. The alteration of flood regimes along rivers where the species occurs could result in elimination of the natural range of variation of the scouring and flooding events apparently required for seed germination. Deer over-browsing may be a threat especially to smaller populations (New England Wild Flower Society 2000). The permanent flooding from the creation of the Allegheny Reservior has extirpated a population.

Monitor and control populations of competing invasive exotic plants at occupied sites. Monitoring of the level of deer browse is desirable as overbrowse has been documented elsewhere in this plant's range. Maintain the natural range of variability in flood regimes along creek and river floodplain habitats.

Studies on the light requirements associated with vigorous reproduction and population persistence would be helpful to development of an understanding of population dynamics of this plant in New York. The collection of data on flood frequency and the elevation of the occupied sites above the neighboring river and creek channels may aid in better understanding the realized niche of this species in the state.

In New York, Hasteola suaveolens has been found primarily on alluvial soils in bottomland habitats. This plant has been found on the banks of rivers and oxbows in bottomland woods, on islands in rivers, in a swampy thicket bordering a creek and a historical population was known from the shore of a bay on Lake Ontario (New York Natural Heritage 2015). Riverbanks and moist low ground (Gleason and Cronquist 1991). Woods, thickets, clearings (Fernald 1950).

Populations are scattered in south central and western New York. New York is at the northeastern limit of this species' range.

Sweet-scented Indian-plantain is a robust, leafy unbranched perennial herb that grows up to 1.5 meters tall. Its stems are hairless (glabrous), typically longitudinally grooved or lined and only occasionally round. The leaves are alternate, sharply toothed and often secondarily lobed, with long petioles that on lower leaves often exceed the length of the leaf. For these leaves, the total combined length ranges from 20 to 40 cm.. Along the middle and lower portions of the stem and on the basal rosette present in the early spring, the leaves become distinctively, strongly arrow shaped. The flowers are borne on round, more or less flat-topped (corymbiform) heads with 18-55 florets of yellowish-white, white or rarely pinkish petals (corollas) 8-9(-10.5) mm in length. The flower heads are subtended by (10-)12-14(-17) bracts (phyllaries). There are 4-9+ (typically awl-shaped, rarely leaf-like) bractlets (calyculi) encircling the whorled bracts (involucres) that form a vase-like or inverted cone shaped enclosure at the base of the inflorescence. The one-seeded fruits are dry, pale green to light brown and do not split at maturity.The tips have 6 to 7 mm long, spreading bristly hairs (pappi) at their tip (FNA 2006).

For positive identification a mature plant with the entire stem, leaves and with intact flowers or fruits present is ideal.

No other Hasteola species occurs in New York or the northeastern U. S. A related species, Arnoglossum atriplicifolium can appear similar to H. suaveolens. It can be differentiated by the small number of florets, five, comprising its infloresence and the shape of the middle, lower and basal stem leaves. A. atriplicifolium's leaves have egg or kidney-shaped blades with shallowly lobed or symmetrically toothed (dentate) margins. In contrast, H suaveolens has many florets per inflorescence (18 to 55) and distinctly triangular arrowhead shaped (hastate) middle lower stem and basal leaf blades with pronounced triangular basal lobes.

Due to its tall stature and distinct leaf shape, Sweet-scented Indian-plantain is conspicuous throughout the summer and early fall. It typically flowers from mid-July to mid-August. Fruits are typically present beginning in mid-August and persist until the first frost.

The time of year you would expect to find Sweet-scented Indian Plantain flowering and fruiting in New York. 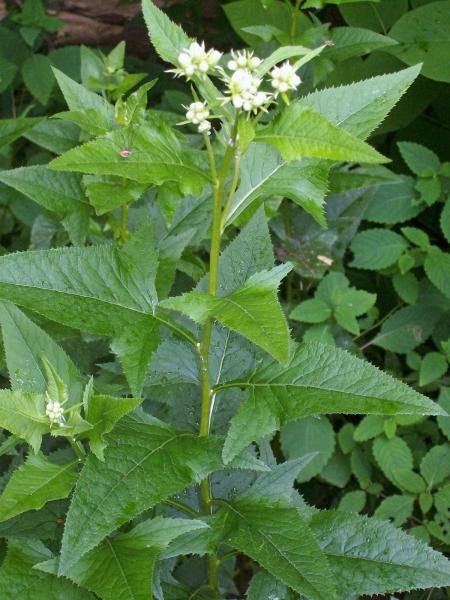 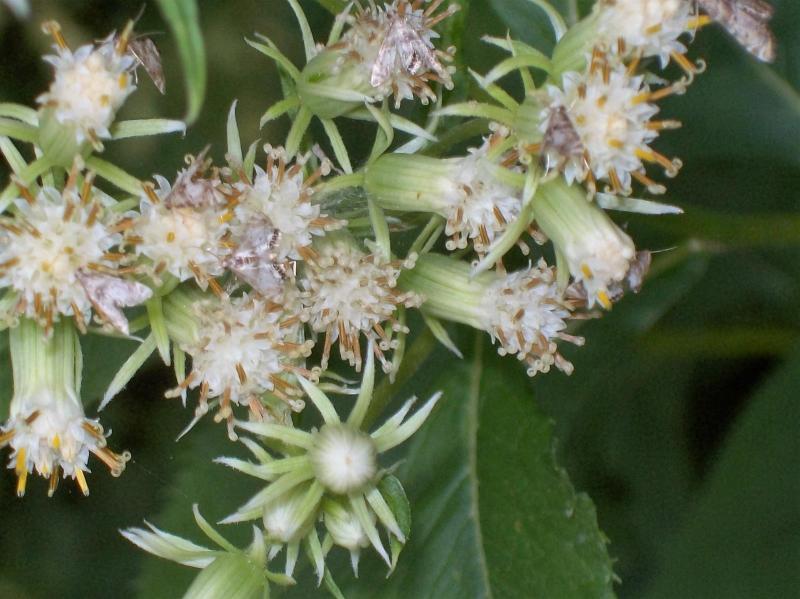 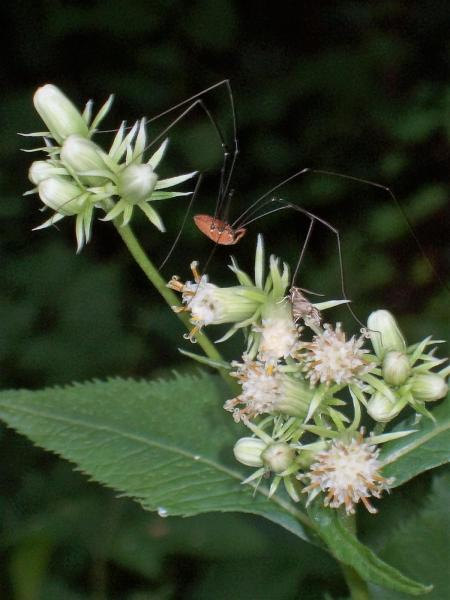 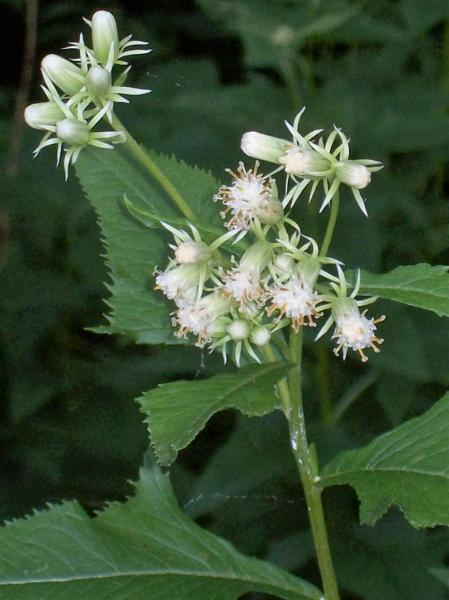