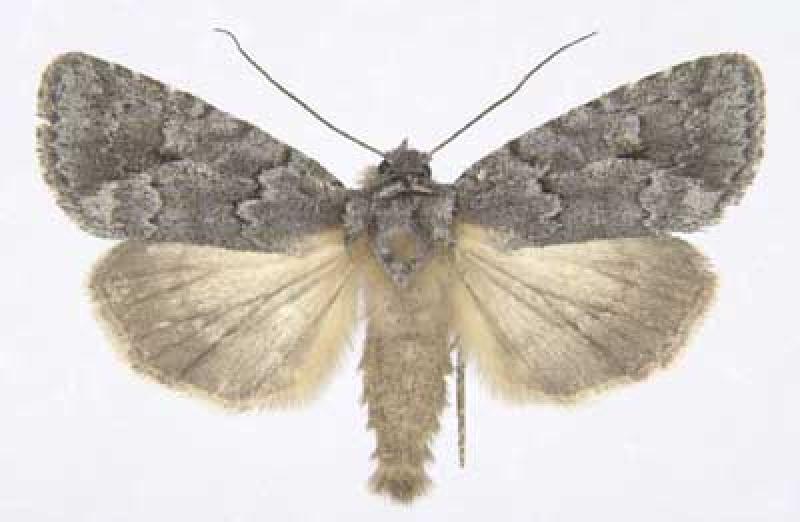 State Conservation Status Rank
S2S4
Imperiled or Vulnerable in New York, or Apparently secure - Conservation status is uncertain; could be very vulnerable, or vulnerable, to disappearing from New York due to rarity or other factors, or could be uncommon but not rare in New York. More information is needed to assign either S2, S3 or S4.
Global Conservation Status Rank
G5
Secure globally - Common in the world; widespread and abundant (but may be rare in some parts of its range).

This species may be negatively impacted by biocide spraying for other insects, such as mosquitos, blackflies, and potentially, spongy moths.

The rank is based on limited inventory, but also on the limited availability of potential habitat in most of the State. Additional populations may be found in the Adirondacks. The species has been reported from Long Island, Albany, the Shawangunks, and the Adirondacks and it is apparently not common on Long Island and has apparently become rare at Albany.

The short-term trends indicate that the population is stable or slightly declining (a decline of 10% to 30%).

The long-term trends indicate that the population is stable or has undergone a moderate decline (25% to 50%).

The threats vary depending on the habitat; e.g., it is under more threat at the Albany Pine Bush and is likely to be unthreatened at some of the Adirondack locations. The potential threats in barrens and other dry places include loss of habitat due to a lack of fire, or conversely, a fire affecting the entire occurrence which could eliminate all life stages that are present. Additional threats include blackfly spraying in the Adirondack region, mosquito spraying, and potentially spongy moth (Lymantria dispar) spraying in southeastern New York. However, the sensitivity of both the larvae or adults to the biocide doses used in mosquito control, or of the larvae to Bt (Bacillus thuringiensis - a bacterial biological control used on spongy moth caterpillars), is unknown. Some bog populations may be vulnerable to hydrological changes.

The entire occupied habitat for a population should not be burned in a single year. Minimizing spongy moth (Lymantria dispar) spraying and other spring spraying may be beneficial, although it is unknown whether the larvae are sensitive to Btk (Bacillus thuringiensis kurstaki - a strain of Bt used to control spongy moth). Such sensitivity is extremely variable among Noctuidae. Severe spongy moth defoliation itself could be a threat in barrens habitats if the blueberries were largely stripped of their leaves. The phenology of the adults suggests that the larvae could still be present when defoliation becomes severe. Barrens populations seem to often occur at low densities and seem to thrive best after a fire.

This species is found in areas where lowbush blueberry or other low heaths dominate the shrub layer in barrens, open woodlands, and especially large bogs. Most habitats are some sort of pine barrens, bog, or fen. The habitat generally contains sparse tree cover, but may have abundant scrub oak. The appearance of the moths suggests they rest on pine, larch, or spruce bark.

The range is spotty except in the Adirondacks where, according to Tim McCabe (New York State Museum), it occurs in many bogs. Otherwise, populations occur at the Albany Pine Bush, in the Shawangunks, and on Long Island.

Widespread in southern Canada from the Maritime Provinces to Alberta, and in closely adjacent portions of New England, New York and the Great Lakes States. Extends farther south in the coastal plain to the New Jersey Pine Barrens and spottily in acid soil portions of Pennsylvania and southeastern New York.

Although it is gray and not strongly marked this moth is easily identified. It suggests a miniature Acronicta tritona. The Long Island populations are somewhat distinctive in appearance and resemble this species in the New Jersey Pine Barrens, which was described as being different (Forbes 1954).

See any illustration such as Rockburne and Lafontaine (1976). The only similar moth in New York is Acronicta tritona, which is much larger. The color of this moth matches pine, larch, or spruce bark. The color, size, and shape are distinctive. Specimens from pine barrens tend to have subdued markings, and often have a slightly darker ground color, relative to those from areas with extensive wetlands.

The adult is the best life stage for identification. However, from a picture from Tim McCabe (1991; New York State Museum) it appears that the shape and pattern of the larvae are distinctive among the caterpillars that would be expected on heaths in late spring.

The adults are attracted to baits and lights at night. The larvae likely hide during the day.

The phenology seems remarkably consistent over most of the range of the species, and adults do not seem to appear earlier in southern portions of the range. In New York, adults occur from about mid-July to early or mid-August. The eggs probably overwinter and the larvae occur in the spring. The flight season suggests that the larvae must routinely feed well into June and McCabe (1991)
collected two nearly mature larvae on 26 June.

The time of year you would expect to find Toothed Apharetra reproducing, larvae present and active, eggs present outside adult, and pupae or prepupae present in New York.

This is a small distinctive genus. While only a single species is now recognized in eastern North America, there is regional variation comparable to butterfly subspecies. The Albany and Shawangunk occurrences, which are in pine barrens, are the smooth colored, weakly-marked, southern form while the Adirondack populations and other northern populations are more strongly marked.