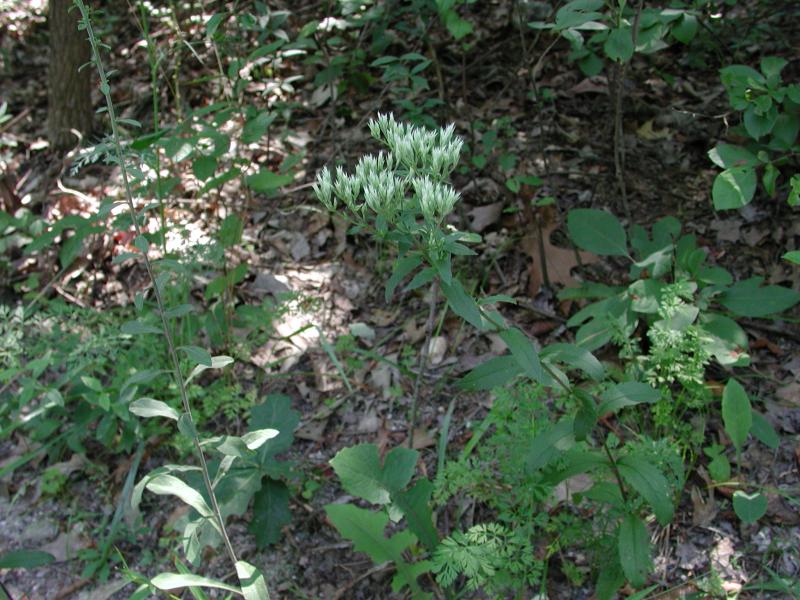 State Conservation Status Rank
S2S3
Imperiled or Vulnerable in New York - Very vulnerable, or vulnerable, to disappearing from New York, due to rarity or other factors; typically 6 to 80 populations or locations in New York, few individuals, restricted range, few remaining acres (or miles of stream), and/or recent and widespread declines. More information is needed to assign either S2 or S3.
Global Conservation Status Rank
G5T4
Apparently Secure globally - The subspecies/variety is uncommon in the world but not rare; usually widespread, but may be rare in some parts of its range; possibly some cause for long-term concern due to declines or other factors. (The species as a whole is common globally.)

This variety may have arisen from hybridization of Eupatorium album var. album and Eupatorium serotinum (Flora of North America Editorial Committee 2006) both of which occur in small populations on Long Island.

There are 11 existing populations, but many of these have not been seen during recent surveys. Future surveys will determine if they should be considered extirpated. There are 16 historical occurrences.

There were less than 20 historical records for the state and presently there are 11 existing populations, although many of these may no longer be extant because of succession. The plant has probably declined from historical numbers, but it is hard to tell what the future long-term trend will be.

The main threat to this plant is the succession of its open habitat to woody plants. Development may also threaten sites, as well as Phragmites.

A study of habitat requirements is needed to determine why this plant only occurs on a small portion of the available disturbed sandy habitats.

This herb is currently known from Suffolk County on Long Island and on Staten Island. There are historical records from Nassau County and the Bronx.

This herb ranges from Long Island and Staten Island in New York south to Delaware and the District of Columbia. It is most common in New Jersey and absent from Maryland.

Eupatorium album var. subvenosum is a perennial herb in the aster family. The single stems grow from 40 to 100 cm tall from short rhizomes or caudices, and are sparsely branched distally and pubescent throughout. The leaves are mostly opposite (some distal leaves may be alternate), simple, 3-nerved from their bases, and sessile, 1 to 2 cm wide and 3 to 4 times as long. They have sub-entire to serrulate margins and may be bristle-covered (denser on midribs and veinlets) or nearly smooth, and are usually gland-dotted. The infloresence is corymbiform and made up of disc flowers only, arranged into heads of five florets each, the corollas are white and 4 to 4.5 mm long, and the calices form pappi of 40-50 bristles 3.5 to 4.5 mm long. Each head is subtended by 9-15 involucral bracts (phyllaries), each 1.5 to 9 mm long and pubescent on their outer sides (FNA 2006).

Flowering or fruiting specimens are needed for identification.

Eupatorium pilosum has leaf blades mostly 1 to 2 times as long as wide, while E. album's leaves are 3 to 4 times as long as wide. Eupatorium album var. album, the only other variety of E. album found in New York, has leaves with coarsely serrate margins and obtuse to rounded tips, while E. album var. venosum has leaves with subentire, serrulate, or serrate margins and acute tips.

The time of year you would expect to find Veined Thoroughwort vegetative, flowering, and fruiting in New York. 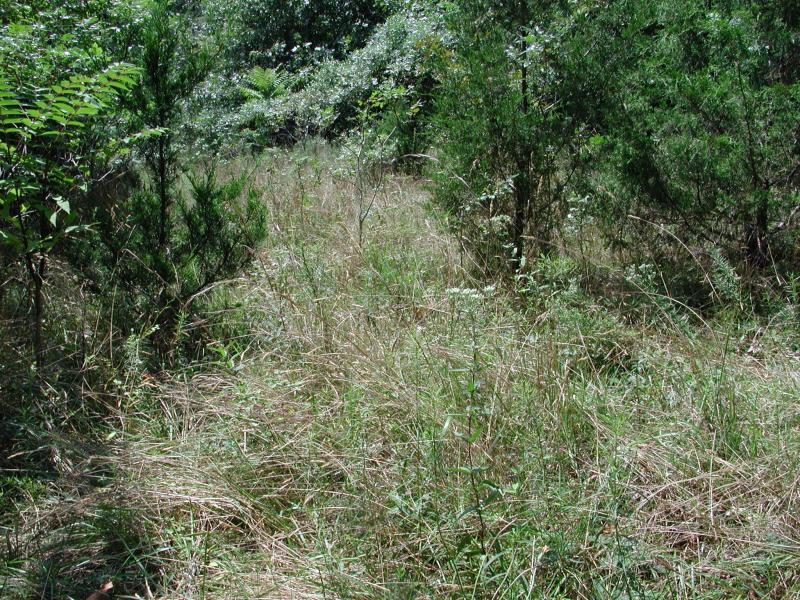 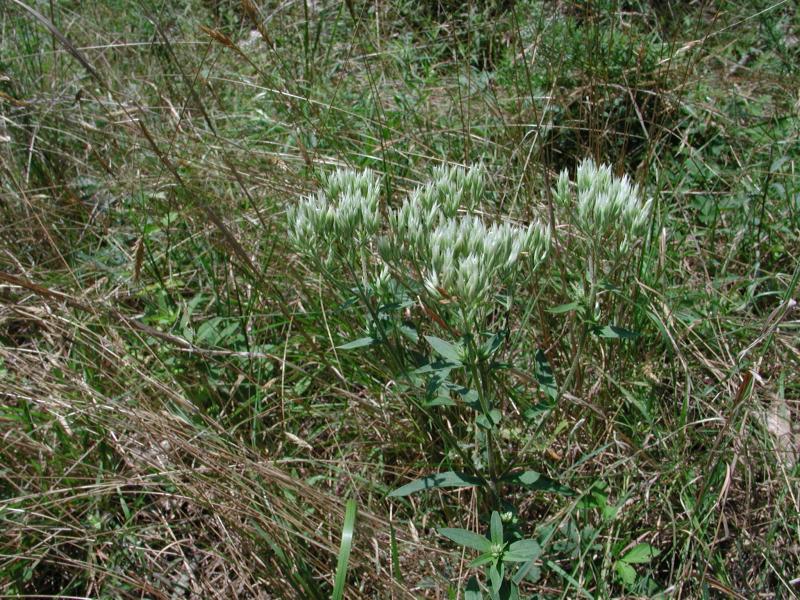