State Conservation Status Rank
S1
Critically Imperiled in New York - Especially vulnerable to disappearing from New York due to extreme rarity or other factors; typically 5 or fewer populations or locations in New York, very few individuals, very restricted range, very few remaining acres (or miles of stream), and/or very steep declines.
Global Conservation Status Rank
G4?
Apparently Secure globally (most likely) - Conservation status is uncertain, but most likely uncommon in the world but not rare; usually widespread, but may be rare in some parts of its range; possibly some cause for long-term concern due to declines or other factors. More information is needed to assign a firm conservation status.

Veiny Meadow-rue's flowers have no petals. The distinctive "starburst" pattern of its flowers are made by elongated stamens (Gleason and Cronquist 1991).

There are only 5 existing occurrences and 2 historical occurrences (both from Clinton County) in the state. Only two of the verified occurrences are ranked as "good" and have populations of more than 50 plants, and the undisturbed shoreline habitat it favors has been impacted in many areas.

Only two of the the five verified populations have had population trends documented; these populations appear to be stable or increasing.

One of the verified populations has persisted at the site since at least 1965; additional data on long-term trends are lacking.

These shoreline sites need to be protected from human activity, including at boat launches.

In New York this species is known only from the Lake Champlain valley and shores in Essex and Clinton Counties.

Veiny Meadow-rue is found throughout most of Canada, and in the northern U.S. states from the Pacific Northwest, south along the Rocky Mountains, and east along the northern tier of states to New York, Vermont, and Maine.

Veiny Meadow-rue is a perennial herbaceous species which grows from rhizomes, up to 1 m tall. The leaves are alternate, and twice-divided, and the lobes of the leaflets are deeply cut, with distinct veins, and are at least sparsely glandular on the underside. The lower leaves have petioles, but the one directly below the infloresence is sessile or has only a short (less than 3 cm) petiole. The sepals are inconspicuous, the yellowish-greenish or pinkish flowers instead dominated by the many elongated stamens. The fruit are inward-curving achenes.

Veiny Meadow-rue is best identified when in flower or fruit.

Veiny Meadow-rue flowers in June and July, and the fruits may persist through September.

The time of year you would expect to find Veiny Meadow-rue vegetative, flowering, and fruiting in New York. 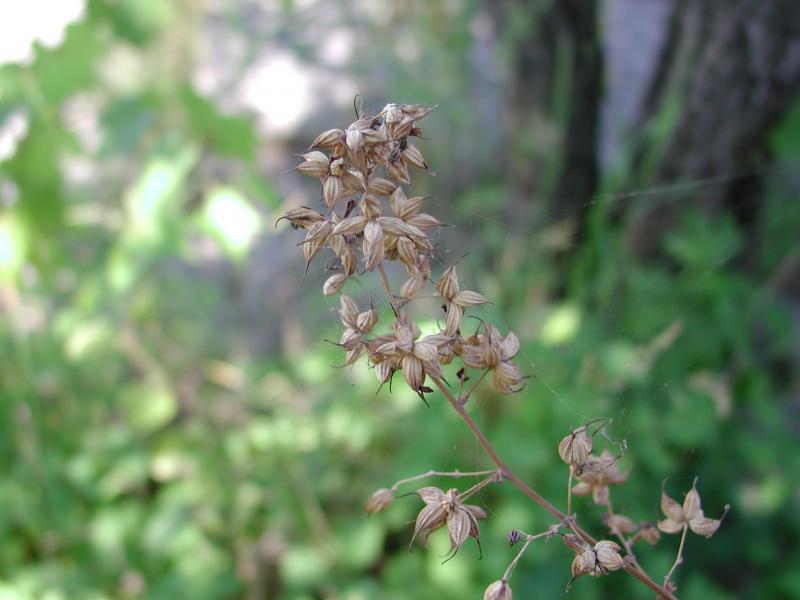 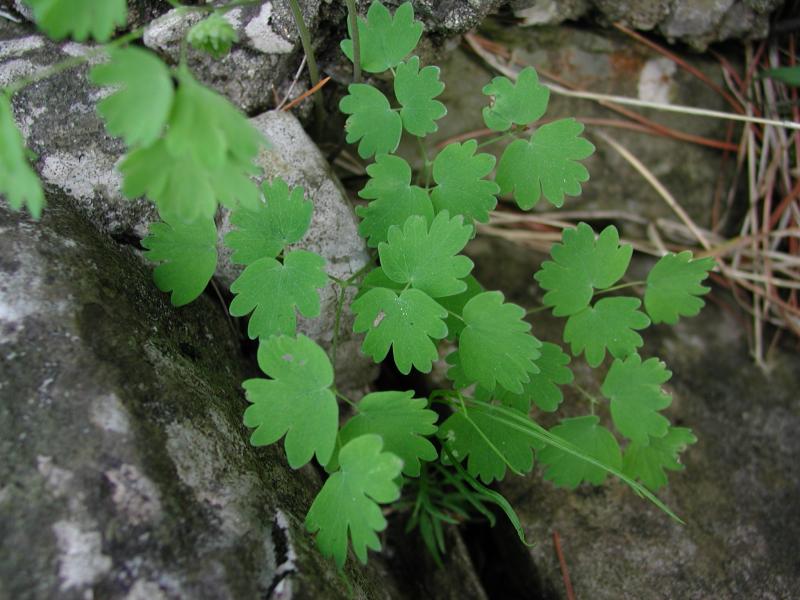 Flora of North America recognizes Thalictrum venulosum and T. confine as separate species. These two species, along with T. occidentale, are very similar and the NY Flora Atlas treats them as varieties. More research may support recognition as a full species or lumping of all related taxa under T. venulosum.

Kartesz, J.T. 1994. A synonymized checklist of the vascular flora of the United States, Canada, and Greenland. 2nd edition. 2 vols. Timber Press, Portland, OR.