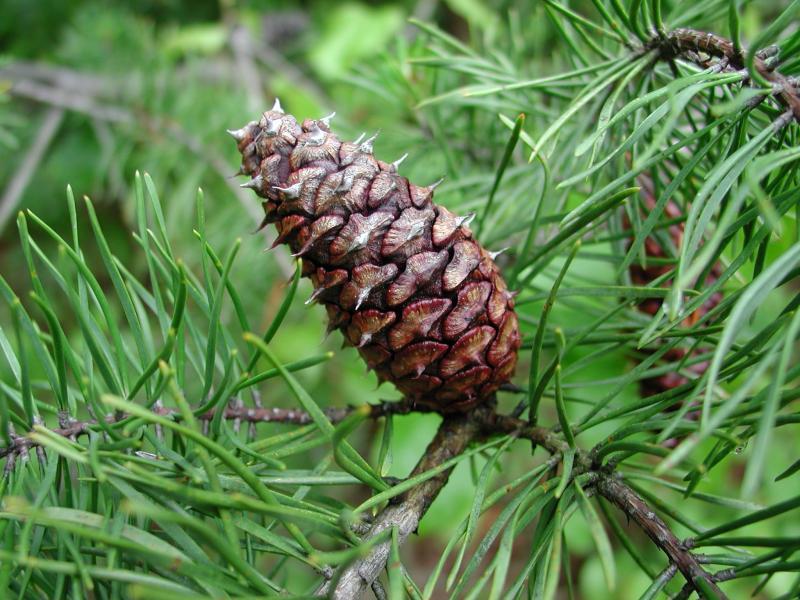 Virginia pine has been used to reclaim abandoned lands and strip-mine sites because it survives well in poor soils and is resistant to pests (Pinus virginiana in USDA Forest Service fact sheets, accessed 16 November 2007). It is at its northern limit on Staten Island and the Hudson Highlands.

There are four existing populations but all of them are very small and under some threat from the surrounding vegetation. There are about five or six historical records but some of these may be the same occurrence as existing populations and others are from areas that are highly developed with little chance that they still exist.

The remaining populations seem stable although they may decline in the future without proper management.

This species was never common in New York and there were probably only four or five populations that ever existed at one time.

These small populations are threatened by the succession of surrounding vegetation and vines.

Its habitat should be cleared of encroaching trees and vines and populations should be expanded by natural generation or human propagation.

It should be determined if populations can be expanded by propagation of seed and planting of seedlings.

In New York, as elsewhere, this tree is associated with habitats of low productivity due to poor, dry soils. It has been found at openings within coastal oak forests, barrens of pitch pine and/or of scrub oak, and open, rocky summits (New York Natural Heritage Program 2007). Barrens and sterile soil (Fernald 1970). Dry, sandy or sterile soil (Gleason & Cronquist 1991).

In New York Virgininia Pine has been collected from Long Island, New York City, and the Hudson Highlands as far north as Orange County.

Virginia Pine's range roughly coincides with the central and southern Appalachian Mountains and adjacent areas, extending from southern New York to northern Georgia and Alabama, and in the Ohio Valley to parts of Tennessee, Kentucky, Indiana, and Ohio.

Virginia Pine is a small or medium sized tree (to about 20 m tall), the trunk usually with spreading branches and somewhat contorted. The bark has dark brown to grayish, irregular and loose scales, and shallow fissures. The needles are short (2-8 cm) and in bundles of 2. The seed-bearing cones are slender and curved when closed, becoming egg-shaped and 3-7 cm long, when open. Each scale of the cone has a sharp prickle 2-3mm long. They may persist on the trees for several years after ripening.

Jack Pine (Pinus banksiana) is normally even smaller and more contorted than Virginia Pine, has even shorter (2-4 cm) needles, and its cones are smaller with no prickle (or only a tiny, weak one).

Shortleaf Pine (Pinus echinata) is normally a taller, thicker, straighter tree. It has needles which are bundled into groups of both 2's or 3's, and which are generally longer (7-11 cm) than those of Virginia Pine. Its cones are without a prickle or only weakly prickled.

The trees and their persistent cones are visible and identifiable any time of year.

The time of year you would expect to find Virginia Pine vegetative and fruiting in New York. 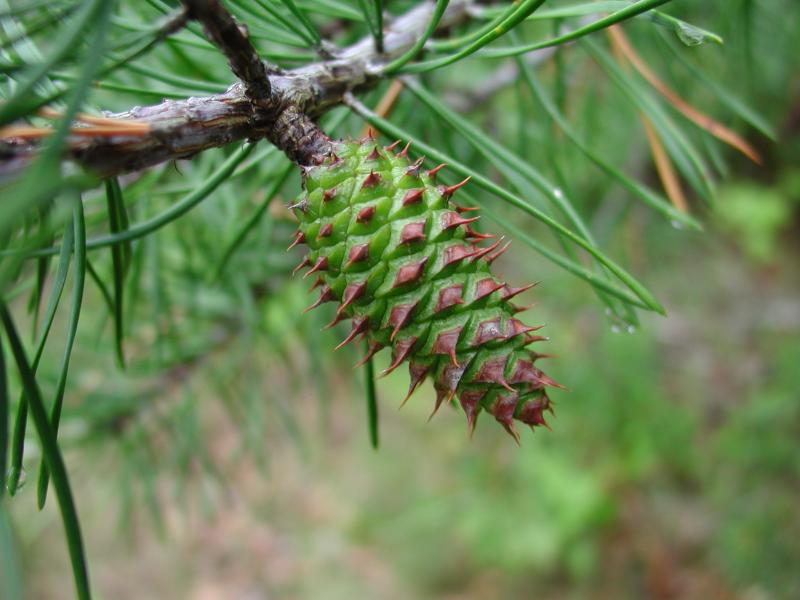 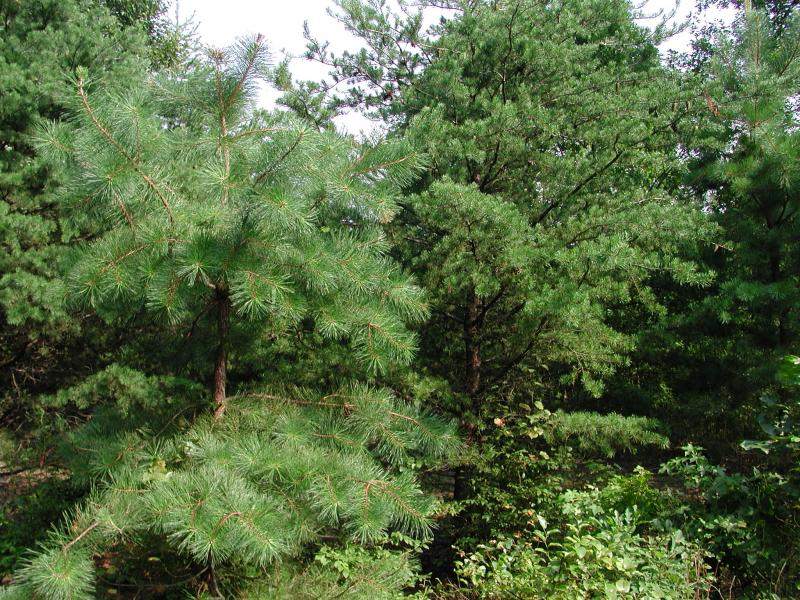 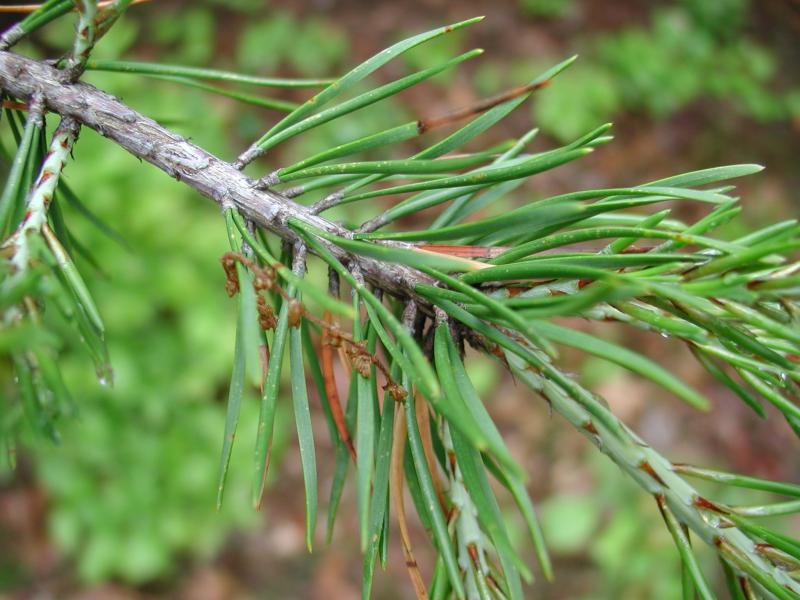