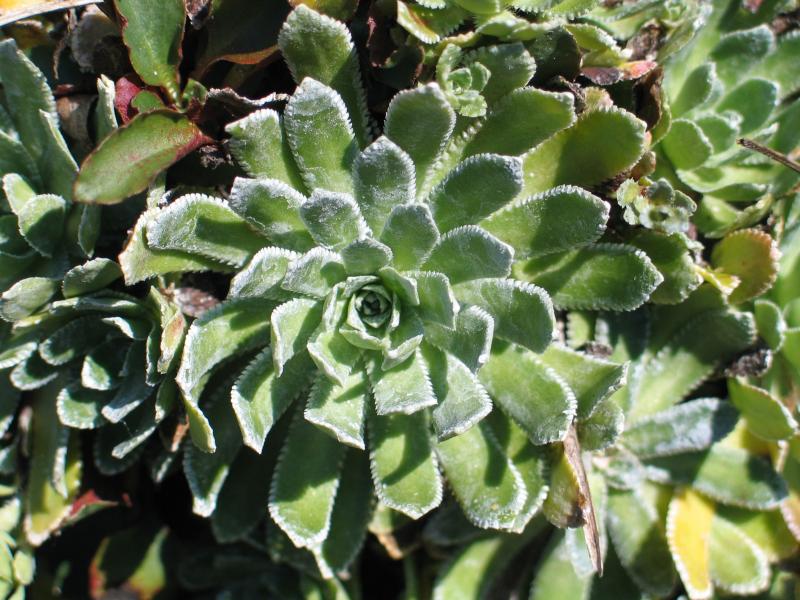 State Conservation Status Rank
S1
Critically Imperiled in New York - Especially vulnerable to disappearing from New York due to extreme rarity or other factors; typically 5 or fewer populations or locations in New York, very few individuals, very restricted range, very few remaining acres (or miles of stream), and/or very steep declines.
Global Conservation Status Rank
G5TNR
Not Ranked - The global conservation status of this subspecies or variety has not yet been assessed. (The species as a whole is common globally.)

Special structures known as "hydathodes" secrete liquids from the tips of the basal leaves of White Mountain-saxifrage. The dissolved salts left behind form striking rows of white lime deposits along the leaf margins. In the Arctic, native people traditionally made a "sauerkraut" from the this species by tightly packing the leaves into a sealskin bag and allowing them to ferment (Aiken et al 2003).

There is only 1 verified occurrence in New York, from an isolated cliff face in the Adirondacks. There are 5 historical occurrences, dating back to the 1920s, and all from Essex County.

The population of this species at its one known site in New York may have increased in recent years, though accurate estimates are difficult because of the steep cliff habitat.

The plants have persisted at one current location since at least 1949; there is at least one historical location which needs to be searched.

Damage to the cliff face by rock climbers, and, over time, climate change, are potential threats to this cliff-dwelling, boreal species.

The single verified site for New York White Mountain-saxifrage in New York is an immense south to southeast-facing cliff face with a nearly vertical exposure. The plants are growing in the open from rock ledges and cracks the (primarily anorthosite) rock face (New York Natural Heritage Program). Crevices in basic rock along Lake Superior (Voss 1985). Exposed, calcareous gravel and rocks (Haines and Vining 1998).

In New York this species is known only from Essex County in the Adirondacks.

White-Mountain-saxifrage has a circumboreal distribution. In North America it reaches its southern limit in Northern New England, New York, Michigan, and Minnesota.

White Mountain-saxifrage is a perennial herb with rosettes of tightly-packed, fleshy leaves. These basal leaves have finely toothed margins, each tooth bears distinctive white, limy deposits. A central flowering stalk extends 10 to 30 cm up from the center of the rosette, and bears smaller leaves or bracts below several white, 5-petaled flowers 3 to 4 mm long.

The basal rosettes of this species are distinctive enough to permit identification from vegetative as well as flowering material.

The plants flower in summer but may be identified from vegetative material present any time from May until October.

The time of year you would expect to find White Mountain Saxifrage vegetative, flowering, and fruiting in New York. 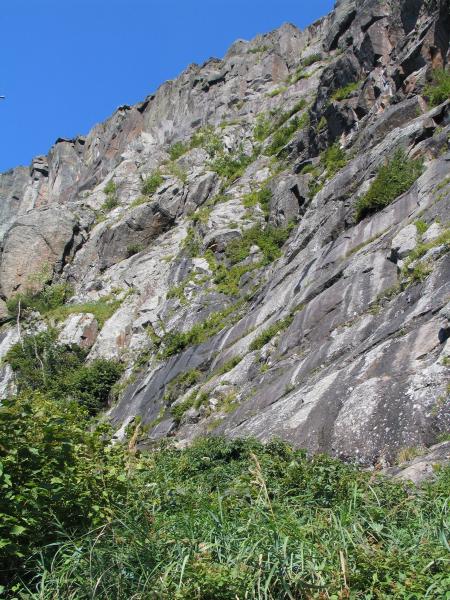 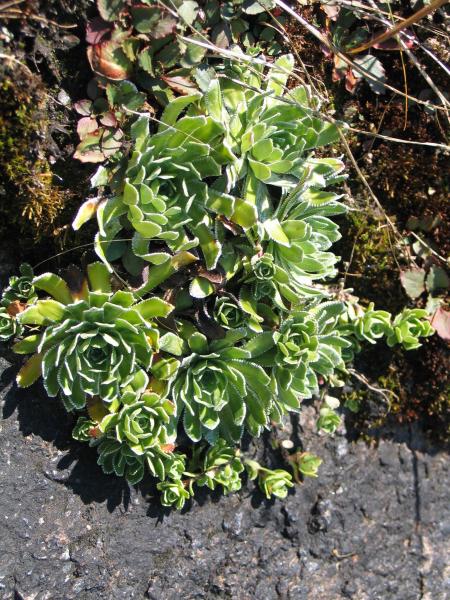 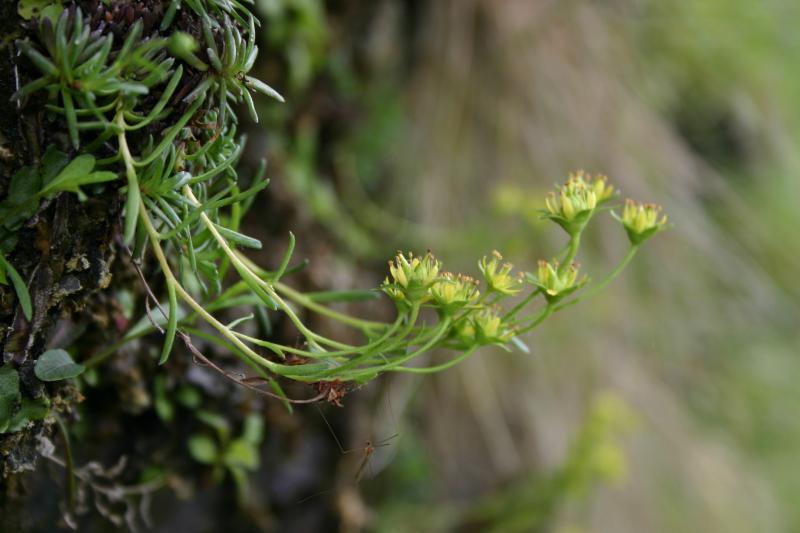 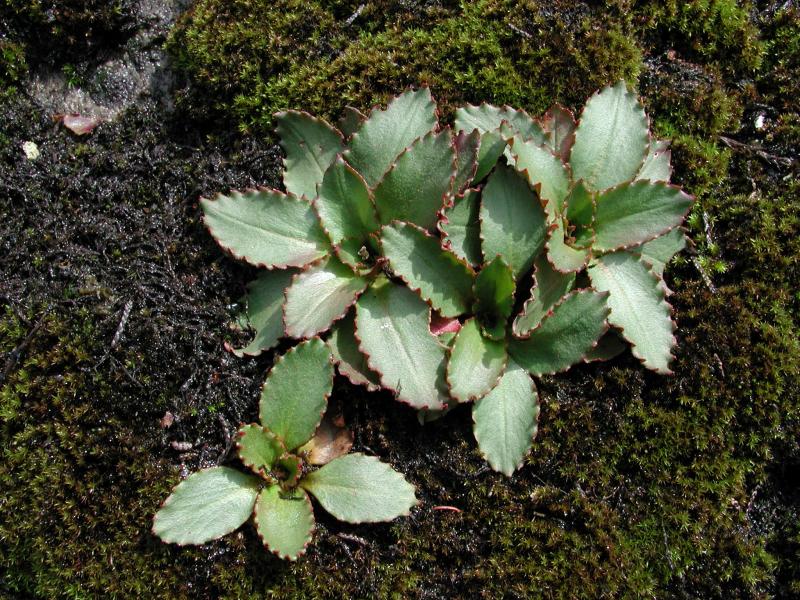