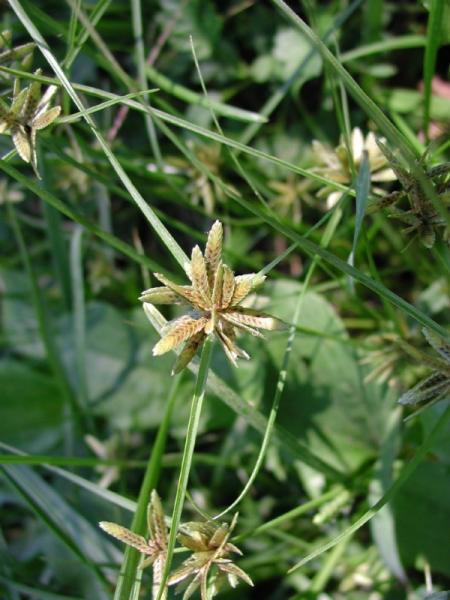 The first species of the smut fungi genus Entorrhiza, Entorrhiza cypericola, was described from the roots of yellow flatsedge in the late 1800s. These fungi are now put in the genus Melanotaenium. In New York this species was first collected in Yonkers in 1875 but almost half of the 15 historical records are now considered extirpated by development around New York City.

There are five existing populations but four of these populations are from specimens and observations that need more survey work. There are 15 historical locations but about half of these are considered extirpated and the other half have not been relocated.

One existing population has survived for 10 years in a highly disturbed area but there is not enough information about four other populations to understand short-term trends.

One population is threatened by roadside management, another by the invasion of phragmites and the threats to the remaining populations is unknown because they have not been surveyed in detail.

Phragmites control is needed to prevent the destruction of saltmarsh habitat where these populations exist. The largest population is along a roadside where it needs to be protected from road maintenance that could destroy the plants.

Habitat availability for this species in New York seems to be very large but it only occupies a very small portion of that habitat. More research is needed to determine its habitat preference and if present populations can be augmented.

Yellow Flatsedge occurs in the southeastern New York, from as far north as Orange County through parts of the New York City area and Long Island.

Yellow Flatsedge reaches the northern edge of its range in Ontario, New York, and Massachusetts, and its range extends south to Florida and along the Gulf Coast to Texas (and Central and South America), and west to Michigan and Illinois. It is disjunct to California.

Yellow flatsedge is a tuft-forming sedge. Its stems are from 5 to 30 cm tall, 3-sided, and glabrous. There are 1-5 leaves, often lacking blades butsimply sheathing the stem, and 10-18 cm long. The infloresence consists of 1-3 spikes, each 1-3 cm long, each of these usually subtended by a bract (reduced leaf) 1-12 cm long. Each spike, in turn, contains 1-6 yellow to yellowish brown spikelets compressed and layered together like shingles. The flowers are subtended by straw-colored (stramineous) scales no more than twice as long as wide, and have 2 stigmas. The fruit (achenes) are hard, black to reddish-brown, lens-shaped, and 1-1.2 mm long.

Cyperus polystachyos and C. filicinus have narrower scales, about 3 times as long as wide.

The time of year you would expect to find Yellow Flat Sedge fruiting in New York. 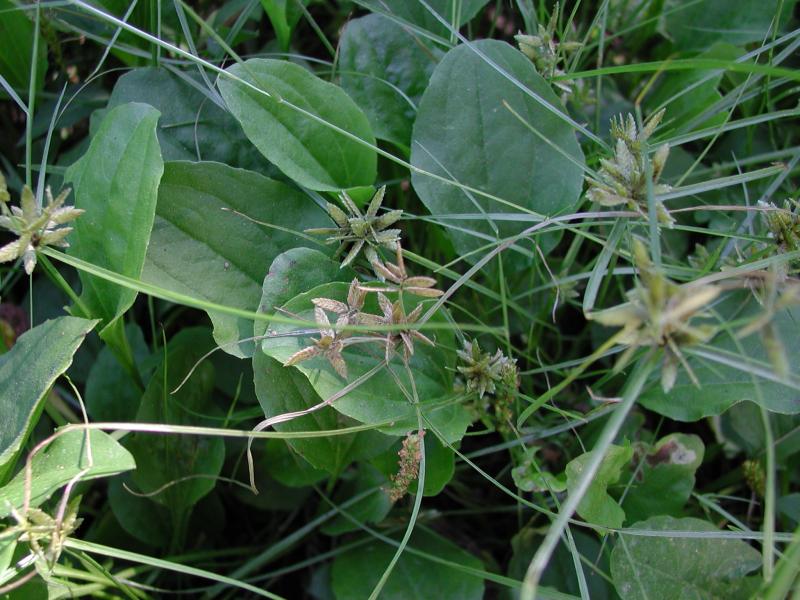 Tucker, Gordon. 1983. The taxonomy of Cyperus in Costa Rica and Panama.