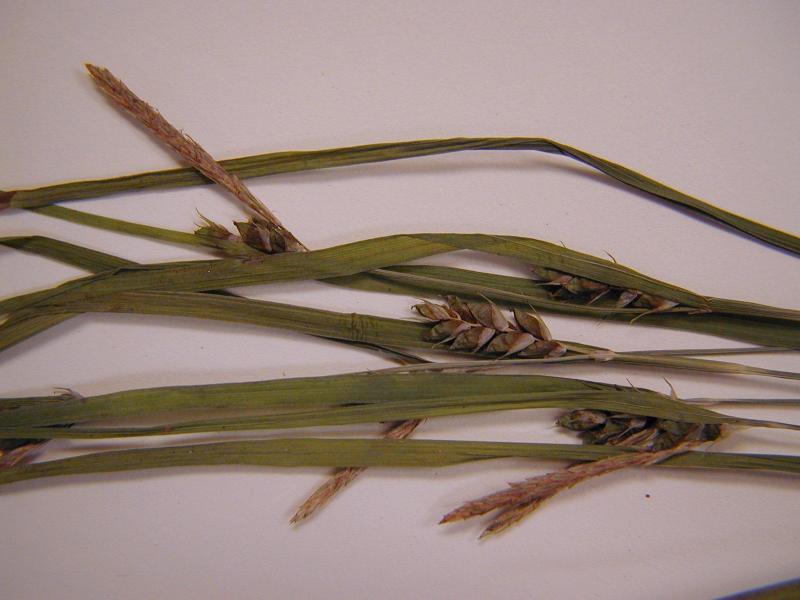 The scientific name amphibola means ambiguous (Fernald 1970). This plant was briefly listed as historical within New York State, but it was rediscovered at two sites in Dutchess County (Astor Point and Vassar College).

There are at least 20 known populations of this sedge and probably more exist. There are approximately ten historical populations. The current range is limited to the Hudson Valley and New York City. There has been confusion with the identification due to taxonomic changes and some people not keying specimens to variety (e.g. Carex grisea used to be called Carex amphibolia var. turgida, but many specimens are not keyed to variety). These plants tend to be in low-lying wet areas that are subject to periodic inundation. There may be some threat from invasive species and habitat alteration.

Overall, the number of sites where this species has been found has been relatively stable.

Carex amphibola is known from at least 10 sites in New York where plants have not been seen in many years. In some cases, they were last seen over 100 years ago. Most of these sites do not have precise locale information so relocating these populations could be difficult. Also, this taxon has been poorly understood over the past 100 years and this may have resulted in it being under-collected or under-observed. Therefore, long-term trends in New York are not clear.

One extant site is near an area where recreational activities take place but it is unclear if these activities are impacting the population of Carex amphibola. Other potential threats are unclear.

Surveys of these populations would help get a better understanding of how this sedge is doing in New York. There have also been past errors in the circumscription of this species (Naczi 1999), therefore all specimens of this species should be verified. In addition, specimens of Carex grisea and Carex styloflexa should be re-examined to determine if any of them are in fact Carex amphibola.

In New York, Carex amphibola occurs on slopes in mesic forests with a full canopy and at the base of upland slopes near the edge of freshwater tidal marshes and tidal mudflats (New York Natural Heritage Program 2005). A wide ranging habitat generalist, it occurs in mesic deciduous forests; usually in acidic loams on flood plains, slopes above streams, and uplands (Naczi and Bryson 2002). Dry to moist woods, meadows, and swales (Rhoads and Block 2000). Woods and fields (Gleason and Cronquist 1991). Calcareous hardwoods, rich slopes, rich woods, bottomlands and meadows (Fernald 1970).

In New York it is currently known in the Hudson River Valley from Putnam County north to Albany County. Historically, it is thought to have been widely scattered throughout much of New York south of the Adirondacks although many past occurrences may be based on misidentifications.

Carex amphibola occurs from Massachusetts and Connecticut west to New York, Ontario, Michigan, Illinois, and Missouri south to Georgia, Oklahoma, and Texas. Since this species has long been poorly circumscribed it is best to only recognize the range of the species presented in recent literature.

This sedge is a densely tufted grass-like plant with leaves 4.4-7 (occasionally as small as 3.7) mm wide. It has thin flowering/fruiting stalks (culms) that are 15-80 cm tall. Four to five (occasionally as few as three) elongated clusters of flowers/fruits (spikes) are distributed along the culm. The uppermost one is entirely staminate while the others are pistillate (Naczi and Bryson 2002).

Carex amphibola is short rhizomatous and densely cespitose. The bases of the culms are dark purple-red to a height of 0.3-2.4(-7.3) mm or very rarely they are brown at the base (magnification and good light should be used to determine color). The terminal staminate spike is 7-34 mm long on a peduncle 1.6-21(-37) mm long. The 2-3(-4) lateral pistillate spikes have 3-18 perigynia per spike. The perigynia are spirally arranged on the axis of the spike, obtusely triangular in cross-section, 1.5-1.9(-2.2) mm wide, and (2.2-)2.5-3.1 times as long as wide.

The species can be confused with other closely related species when not in fruit. Therefore, the best time to identify this species is when it is in fruit. Ample specimens with mature fruits should be collected to verify the identification.

Carex amphibola is in fruit from June to early July. The best time for surveys is during this period.

The time of year you would expect to find Ambiguous Sedge fruiting in New York. 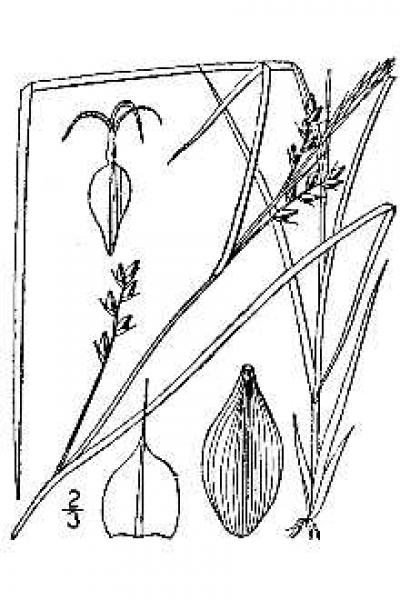 Naczi, R.F.C. 1999. Carex planispicata, a widespread and frequent new species of Carex section Griseae (Cyperaceae) from the eastern United States of America. Journal of the Kentucky Academy of Sciences 60(1):37-44.

Weldy, Troy W. 1998. Memorandum of conversation with Robert Naczi of April 28, 1998 on the taxonomy of Carex amphibola.

Information for this guide was last updated on: September 28, 2010