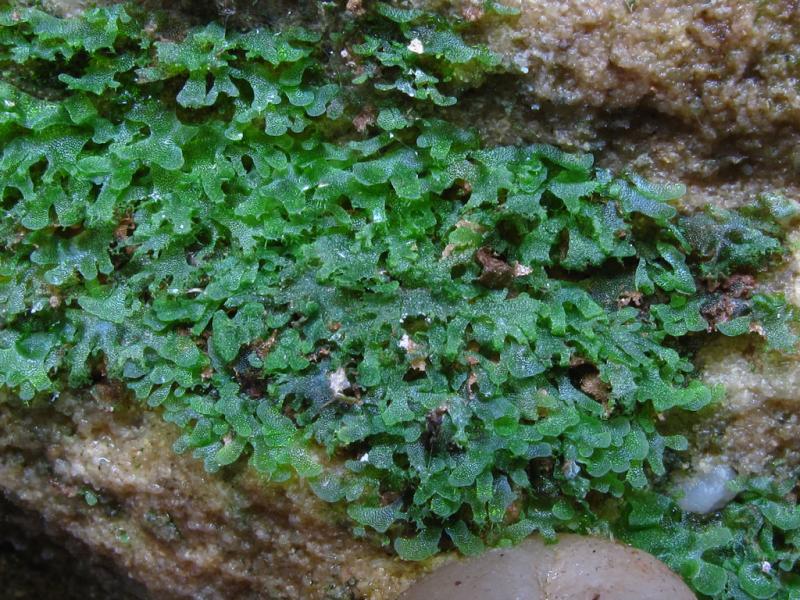 Most familiar ferns are recognized by their sporophytes - the spore-producing phase of their life cycle. However, Appalachian Shoestring Fern is known only from its gametophytic, or gamete-producing phase. Though sexual reproduction (and the resulting sporophytes) is unknown in this species, local populations are maintained via gemmae, or vegetative buds which can grow into new individuals.

There are only three existing populations of unknown quality and one historical location in New York.

At two of the four known sites in the state, the plants are known to have persisted after the initial visit; at one of the other sites they were not seen on subsequent visits, and at the last they are believed to be extirpated.

This plant was first discovered in New York in 1983, and therefore long-term population trends are unknown.

Canopy removal is a potential threat to this species at the forested sites.

Additional survey work is needed to determine the size of the remaining populations.

In New York Appalachian Shoestring Fern has been found growing on shaded outcrops and rock houses of conglomerate rock, and at one location on the base of a Betula trunk in a large forested wetland (New York Natural Heritage Program 2009). Cool, moist, heavily shaded outcroppings of non-calcareous rock and occasionally on nearby tree bases (Farrar and Mickel 1991). In dark moist cavities and rock shelters in noncalcareous rocks; occasionally epiphytic on tree bases in narrow ravines (FNA 1993).

Appalachian Shoestring Fern is found in Cattaraugus and Chautauqua Counties in southwestern New York, and from a single site in the Catskills in Ulster County.

Vittaria appalachiana is a fern which normally produces only gametophytes, not the sporophytes most people recognize as ferns. They grow only on rocks or occasionally on the bases of tree trunks, and resemble liverworts or mosses more than they do other vascular plants. They often form dense mats as mosses do. Each gametophyte consists only of a simple green plant body about 0.6 to 2.4 cm long, and lacking roots, stems or leaves. They reproduce by means of gemmae, or buds, which grow from their tips. These gemmae are highly variable, often with the end cells swollen, and 2 to 12 body cells (FNA 1993, Cobb 1984).

Gametophytes with gemmae, present through most of the growing season, are the only commonly seen life stage of this unusual fern.

Appalachian Shoestring Fern is the only Vittaria species known from the northeast. Once identified as a fern gametophyte, its higly variable gemmae (some with only 2 or 3 cells) are distinctive (FNA 1993, Cobb 1984).

This species is best seen from May to early September.

The time of year you would expect to find Appalachian Shoestring Fern vegetative in New York. 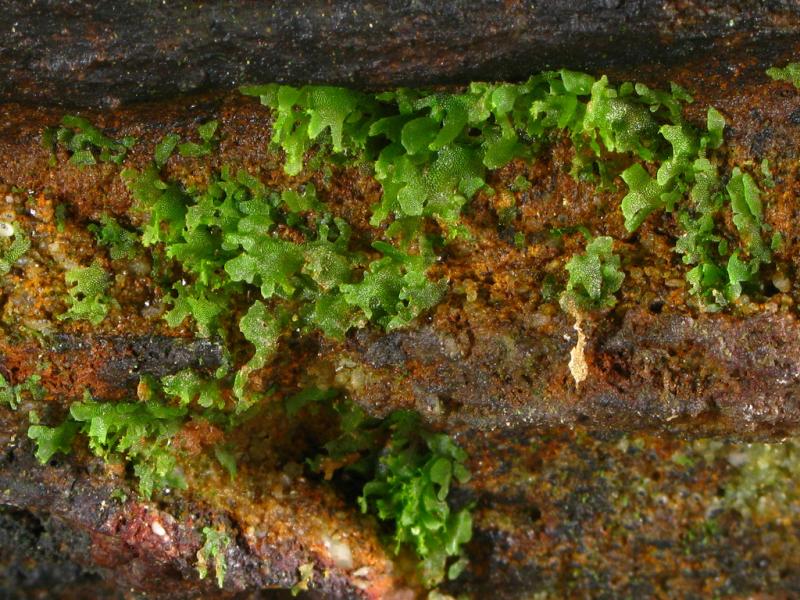