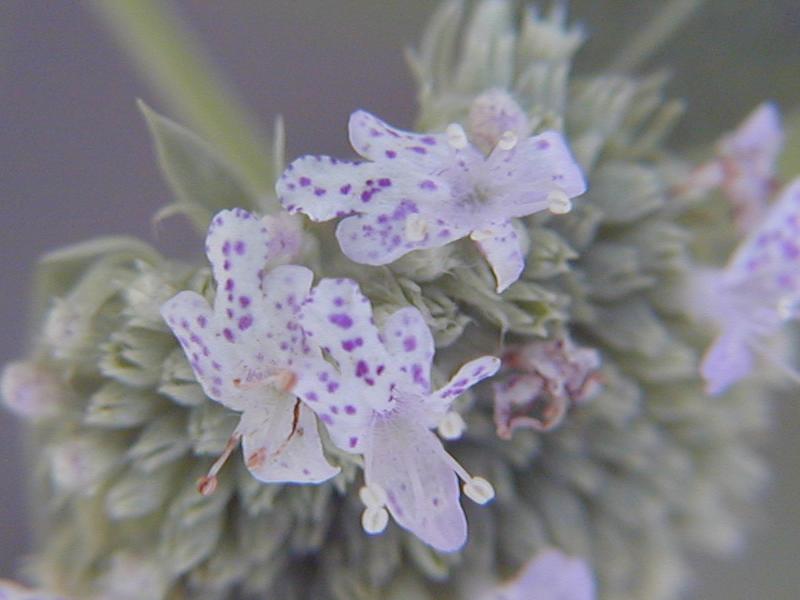 This species has the smallest range of any northeastern Pycnanthemum. It was first collected in New York in 1817 with reports continuing up until 1893. This plant was thought to be extirpated from New York, but after a 104 year absence it was rediscovered. Since its rediscovery, two new sites have been located. The species name derives from its resemblance to the European calamint, Clinopodium.

There are three known populations but two of these are quite small. One population is greatly threatened by competition from aggressive non-native plants. This plant is likely limited to the trapp rock along the Palisades, but disjunct populations may be encountered in calcareous areas where numerous other Pycnanthemum species are located.

Populations have been recently discovered and no short-term trends have been established. After missing from the New York flora for over a hundred years, it is unclear if it was here alll along or if this plant is expanding its range.

Historically, this plant was known from northern Manhattan and southern Westchester County. These historical sites are considered extirpated, but new populations have been discovered in the Palisades and Harlem Valley. Two of these populations are very small. Most likely, this plant is far less common today than it was 200 years ago but there is little evidence to support this statement.

Populations are threatened by succession due to lack of fire and by the encroachment of invasive plants, especially black swallowwort (Cynanchum spp.). One population may be affected by hybridization with other Pycnanthemum species at the site.

There are still questions regarding the taxonomy of this species. More specifically, it is not clear if this represents a hybrid or is now a true species with hybrid origins. A range wide review of the entire genus is desired.

In New York Pycnanthemum clinopodioides has been found on dry on south or west-facing slopes on rocky soil. These sites are open oak-hickory forests, woodlands, or savannas, with lots of exposed bedrock. This plant may prefer alkaline soil conditions, as several of the sites are on trapprock (diabase, a typically high-pH igneous rock) or calcareous bedrock. (New York Natural Heritage Program 2007). Locally near the coast (Gleason & Cronquist 1991). Dry to moist wooded slopes, thickets and shores, rather local (Fernald 1970).

This plant is only known from alkaline to circumneutral areas with shallow soil of the Palisades and Harlem Valley. Historically, this plant was collected from upper Manhattan near Inwood and possibly other nearby locations.

Basil mountain-mint is a perennial wildflower that grows up to a meter tall. It has square branching stems that are covered with short, curved hairs mixed with longer, straight hairs. The leaves are relatively narrow, mostly more than 3 times as long as wide, lance-shaped and with very short leaf stalks. The upper leaf surface has scattered hairs and the lower surface has longer hairs especially on the main veins. The branches are topped by loose clusters of small, light lavender, purple-spotted flowers. In fruit the flower clusters are loose enough to see the individual branchlets inside.

The stem of this mint, as with most mints, is square. This mint's stem is also pubescent with short-curving and longer-spreading hairs. The leaves are relatively narrow, mostly more than 3 times as long as wide, lanceolate, acuminate, and tapering to petioles. The inflorescences are relatively loose and many of the flower cluster branchlets are evident in fruit. The calyx is 3.5- 5mm. The calyx teeth are deltoid to acuminate and unequal with the lower ones 0.5-2 mm.

This plant cannot be identified definitively without fruit or flowers. An entire plant with the stem, leaves, and inflorescences should be collected to allow for proper verification.

This mint flowers from early August to early September. Fruits may persist to early November, long after the leaves have succumbed to frost. Surveys for this plant should occur in August to mid-September when one is likely to find the plant in flower and/or fruit with the leaves still in good condition.

The time of year you would expect to find Basil Mountain Mint flowering and fruiting in New York. 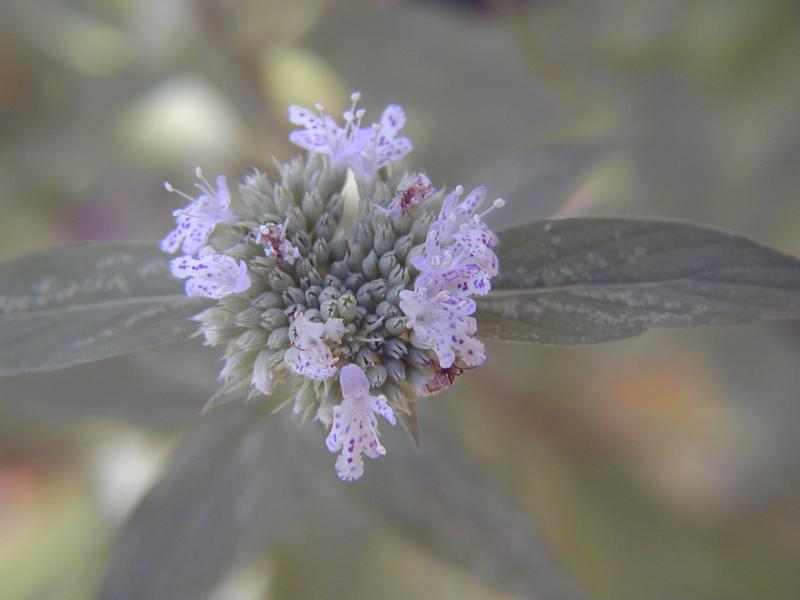 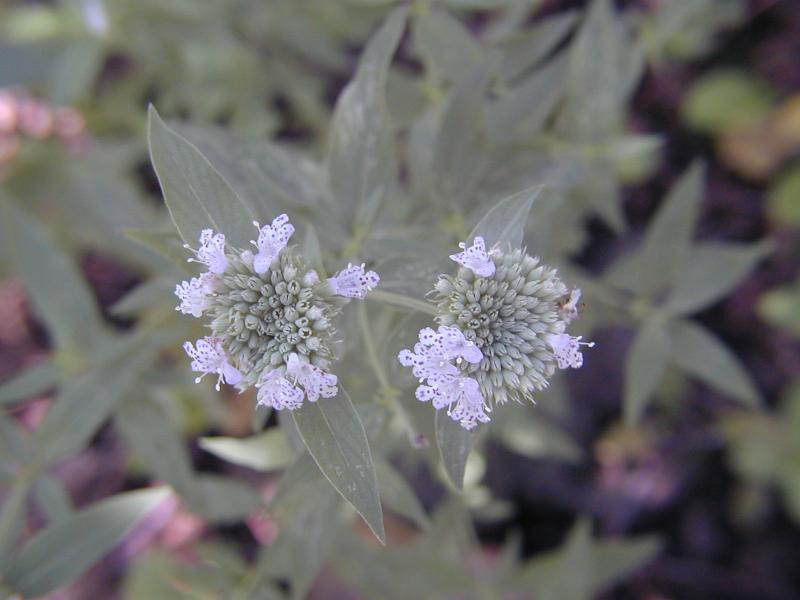