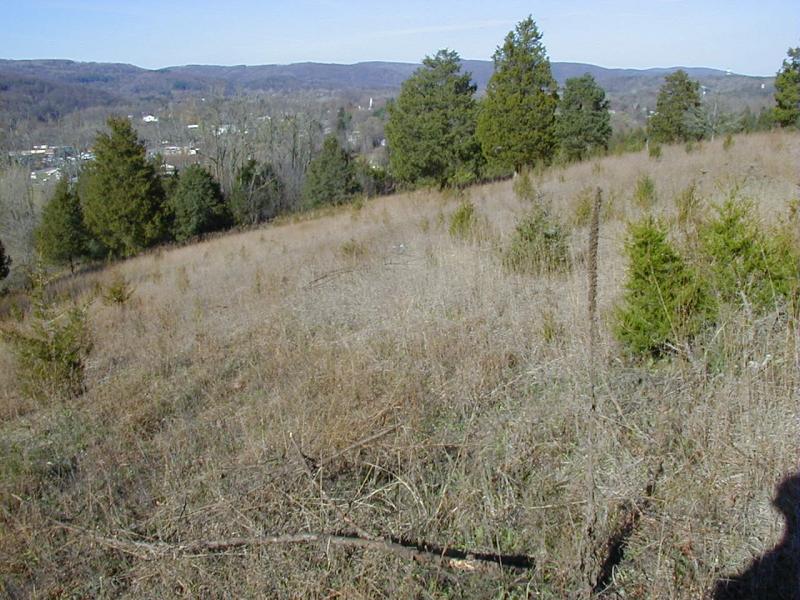 Eastern red cedar (Juniperus virginiana) is dioecious. This means that some trees are female and some trees are male. The male trees have pollen-producing flowers and the female trees produce the familiar light blue "juniper berries." These "berries" are technically cones with fleshy blue scales and a white waxy cover, giving the them an overall sky-blue color. They are a favorite food of cedar waxwings and other birds, which disperse the seeds to other locations.

There are very few occurrences of this community in New York. One documented occurrence has fair viability and is protected on private conservation land. In New York, calcareous red cedar barrens are apparently strongly correlated with the presence of Stockbridge Marble bedrock and the Farmington-Rock soil unit. There are no large, high quality examples known in the state. The current trend of this community is probably stable for the one occurrence on private conservation land, and very likely declining elsewhere due to moderate threats related to fire suppression, invasive species, and development pressure.

The number and acreage of calcareous red cedar barrens in New York have probably remained stable or have declined in recent decades with one example protected within a preserve. The status of other examples is unknown, but likely declining due to conversion to agricultural purposes or other development. In addition, fire suppresion and the subsequent invasion by woody species has resulted in a decline of the size of occurrences.

The number and acreage of calcareous red cedar barrens in New York have probably had a large decline from historical numbers, likely correlated with the onset of agricultural and residential development. There were probably very few historical occurrences.

Soils are very thin within and around this community, and the effect of clearing and construction on soil retention and erosion must be considered prior to any development activities. These soils are circumneutral, and any excessive soil enrichment contamination (e.g., from septic leach fields or fertilized lawns) of this community can alter community structure and function. The open structure of this community is maintained by fire and presents a fire hazard to existing and proposed development. Unprotected structures located within or near this community are more susceptible to damage from fire.

Given the apparent strong correlation of calcareous red cedar barrens with Stockbridge Marble and the Farmington-Rock soil unit, a systematic search is needed to find where these two layers intersect in eastern New York (Edinger 2003). This search could be augmented with historical specimen data (e.g., Bouteloua curtipendula locations) to narrow the field of search. If these and other layers, such as elevation, aspect, slope, convexity were combined using GIS it may be possible to build a powerful predicative model to find more examples of calcareous red cedar barrens.

Determine the optimal fire regime for this community. The effect of prescribed burning needs to be evaluated.

Currently limited to one occurrence in Dutchess County, but may extend north and south following the extent of Stockbridge Marble bedrock in eastern New York.

This community appears to be associated with Stockbridge Marble bedrock and the Farmington-Rock soil unit in eastern NY. Sparse woodlands with stunted red cedar and marble outcrops with clump-forming grasses are characteristic of this community.

Known examples of this community have been found at elevations between 400 feet and 540 feet. 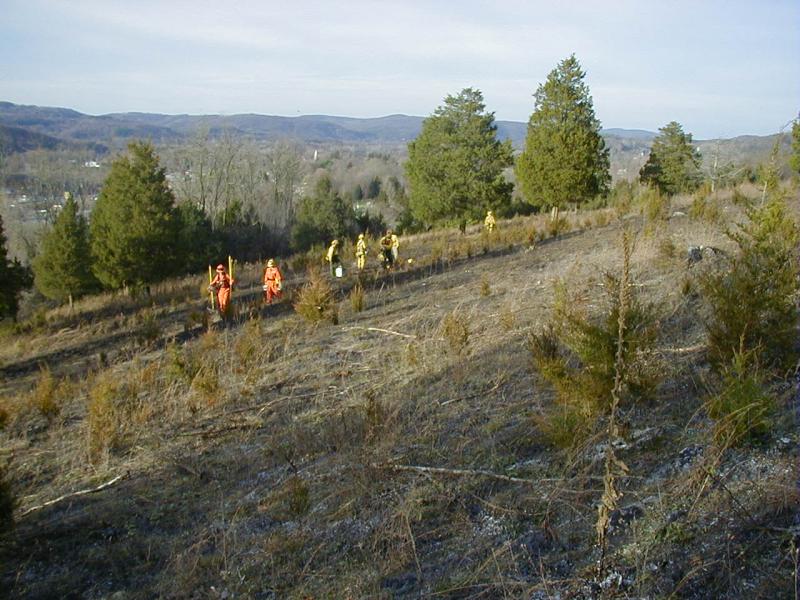 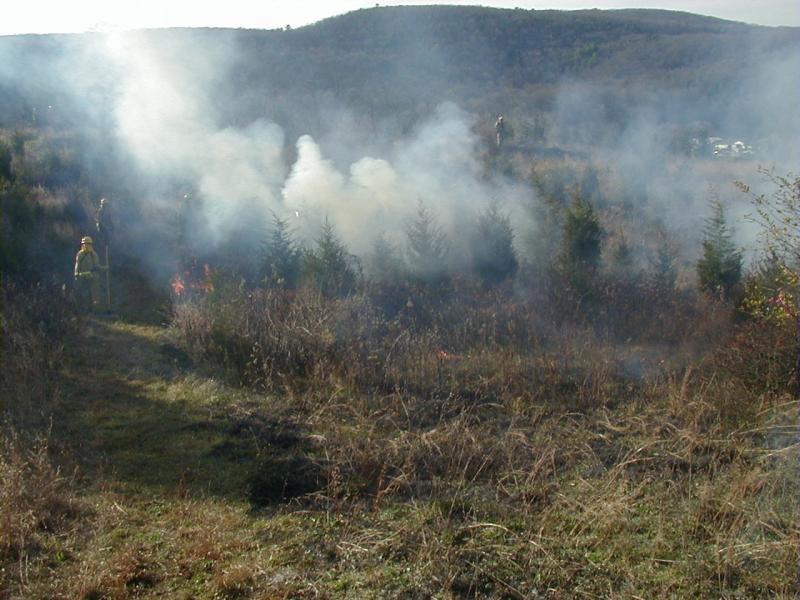 This figure helps visualize the structure and "look" or "feel" of a typical Calcareous Red Cedar Barrens. Each bar represents the amount of "coverage" for all the species growing at that height. Because layers overlap (shrubs may grow under trees, for example), the shaded regions can add up to more than 100%.