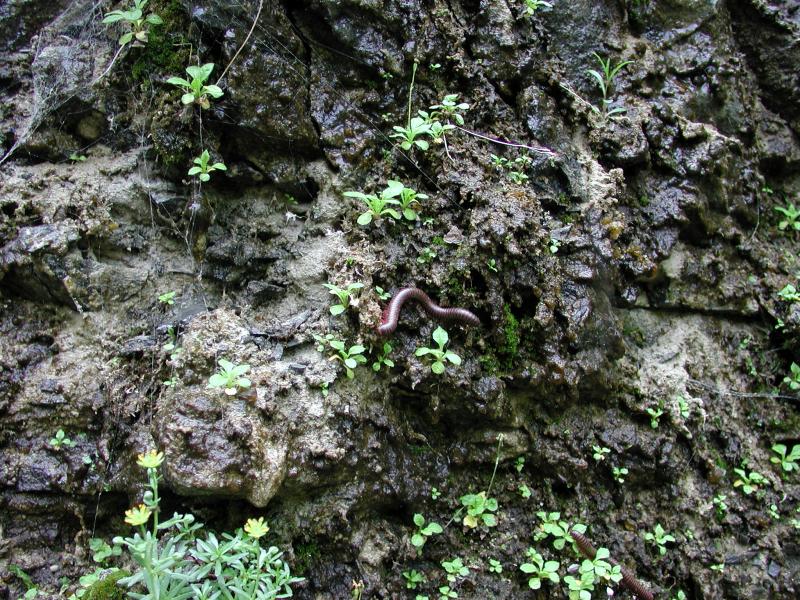 Primula mistassinica is named for Lake Mistassini, the largest lake in the Québec province. While these plants in Canada are usually found on the ground in bogs and marshes, this plant only survives on cold seepy cliff faces in New York.

There are twelve known populations and approximately 9 additional historical populations of this plant. Most of these populations are on well-protected cliffs, but some cliffs may be subject to natural or artificial sloughing. This plant has a limited range, and an even greater limited habitat. As a plant at the southern limit of its range, it has always likely been rare in New York.

The short-term trend of this plant seems to be stable. This plant is difficult to survey and population counts from year-to-year are usually not recorded. Changes would be noted only if the area where the plants occur was drastically altered. This has not occurred in the recent past.

Over half of the 13 historical sites for this plant have been rediscovered and no sites have been considered extirpated. The habitat for this plant is not common but it is isolated and inaccessible enough that the plants are expected to remain here for many decades.

There are few threats to these plants since the sites are inaccessible and not open to disturbance. Changes in the amount of groundwater available to the sites could affect the areas where this plant is found, thereby also impacting the plants. So far no exotic invasive plants have been seen dominating these sites.

Sites should be monitored for changes in groundwater availability and for any new invasive plants that might be affecting them. There are a handful of invasive species that may cause competition problems.

A plant of seepage areas on open limy-shale cliffs or in the mist of a nearby waterfall. These sites have been lumped under the cliff community designation, but they may be best described as vertical marly fens. The sites are usually surrounded by birch, hemlock, and maple. (New York Natural Heritage Program 2005). Abundant in damp calcareous meadows and interdunal flats along the Great Lakes; inland local to marly bogs (fens), on calcareous banks and sandstone cliffs, and in other cool damp places; areas with Pinguicula vulgaris; associated species: Carex crawei, Carex garberi, Eleocharis pauciflora, Parnassia parviflora, Rhynchospora capillacea, Selaginella selaginoides (Voss 1996). Rocks, cliffs, and gravelly shores (Gleason and Cronquist 1991). Calcareous or argillaceous rocks, shores and meadows (Fernald 1970).

This plant is limited to central New York, ranging from the Tug Hill Region west to the Genessee River Gorge. This plant is usually associated with the spray zone of waterfalls and within seepage areas of cliffs made up of fosilliferous shale. New York is near the southern limit of its range.

Bird's-eye primrose is a short plant that is visible most of the year as a small basal rosette of light green, spoon-shaped, toothed leaves. The undersides of the leaves are often white-powdery. When it flowers it produces a small cluster of small showy flowers at the end of a 6-10 inch narrow, leafless stalk. The five notched petals are pink on the outside grading towards yellow-white in the center. The fruits are five-parted capsules that persist late into the season.

This very slender plant may get up to 35 cm tall. The toothed leaves are sessile or short petioled. The scape is filiform and 0.3-1.4 mm thick at the summit. The involucral bracts are usually non-saccate at the base and 2-6 mm long. The calyx is slenderly campanulate, 3-6 mm long, and 2-3.5mm thick. The corolla tube is yellow. The limb is 0.8-2 cm broad, pale pink, lilac, bluish-purple or rarely white with all color forms having a conspicuous yellow eye. The top of the stigma or tips of anthers are exserted on old flowers. The capsule is subcylincric, 2-3 mm thick, and the half valves are 0.5-0.9 mm wide. The rounded seeds are nearly smooth.

For positive identification either flowers or fruits should be present, but it may be identified vegetatively based on habitat and morphological characters. A photo and habitat description should be enough to verify the identification.

This is a rather unique species when combining habitat and morphological characters. The only other species in the same habitat that may create confusion is Lobelia kalmii.

This plant flowers from mid-May through the summer, although peak flowering is late spring to early summer. Fruiting stalks may persist into the following field season, but most individual fruits disperse by the first frost. For those familiar enough with this plant to identify it vegetatively, field surveys may be conducted at any point during the growing season. Those not familiar with this plant may wish to limit surveys to the peak flowering period.

The time of year you would expect to find Bird's Eye Primrose vegetative, flowering, and fruiting in New York. 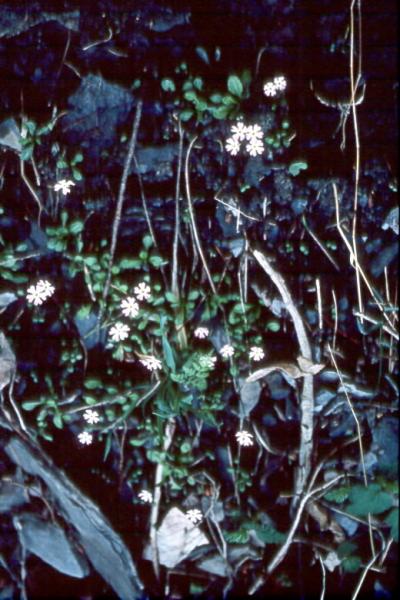 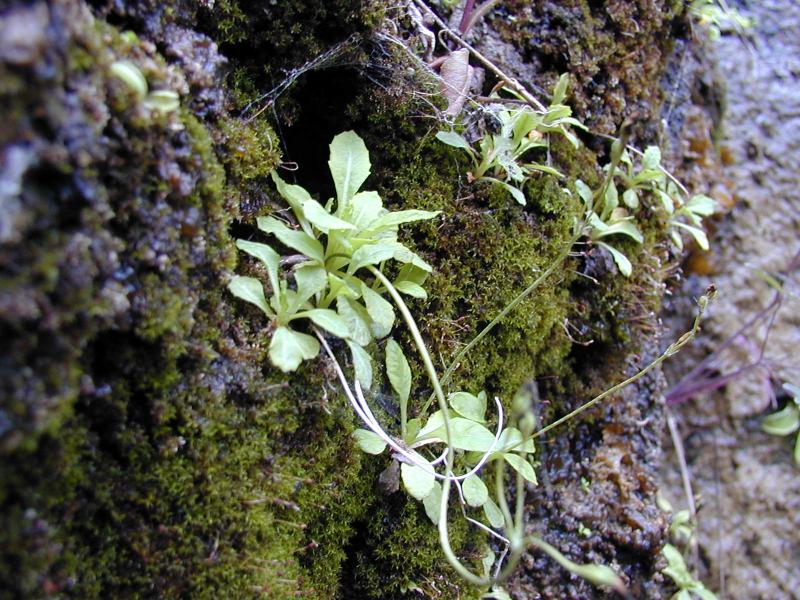