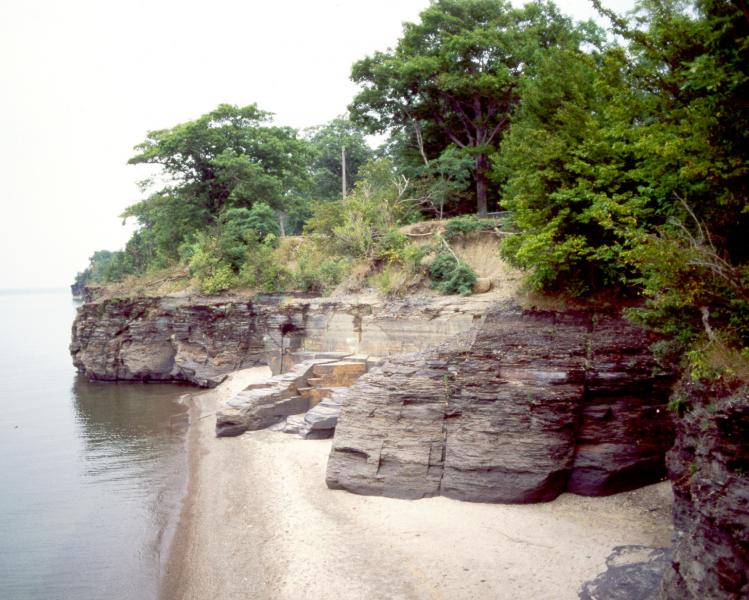 What is talus? Talus, or scree, is a steep slope usually found at the base of a mountain. The block size of the talus is strongly influenced by the type of rock forming the cliff face and the rate of erosion; for example, shale or rapidly eroding sandstone forms unstable, small, loose talus. The unstable nature of shale results in uneven slopes and many rock crevices. Other rocky types, such as hard dolostone caprock, produces stable, very large talus that provides habitat for much larger organisms.

There are several hundred occurrences statewide. Some documented occurrences have good viability and several are protected on public land or private conservation land. This community is limited to regions of the state with steep shale bedrock and talus outcrops, and there are several large, high quality examples. The current trend of this community is probably stable for occurrences on public land, or declining slightly elsewhere due to moderate threats that include development, trampling by visitors, and invasive species.

The number and acreage of shale cliff and talus communities in New York have probably declined slightly in recent decades as a result of development, trampling by visitors, and invasive species.

The number and acreage of shale cliff and talus communities in New York have probably declined moderately from historical numbers likely correlated with past development, trampling by visitors, and invasive species.

A natural (usually forested) buffer around the cliff face will help it maintain the characteristics that make it unique. It may be desirable to close portions of cliffs for various durations in order to protect rare cliff nesting birds and rare plant habitat.

Survey for occurrences statewide to advance documentation and classification of shale cliff and talus communities. Continue searching for large sites in good condition (A- to AB-ranked).

This community is scattered throughout upstate New York, north of the North Atlantic Coast Ecoregion, where the bedrock is shale. Shale bedrock is essentially limited to parts of the High Allegheny Plateau, Western Allegheny Plateau, Great Lakes, and Lower New England Ecoregions. In the Great Lakes Ecoregion, this community is concentrated in the western portion, and is suspected to extend northeast primarily to the escarpment of the Tug Hill. Small disjunct occurrences are known from the northern portion of Lake Champlain.

This physically broadly-defined community may be worldwide, where the bedrock is shale. Examples with the greatest biotic affinities to New York occurrences are suspected to span north to southern Canada, west to Michigan, southwest to Ohio and Tennessee, southeast to Virginia, and northeast to eastern New York and Vermont.

A community that occurs on nearly vertical exposures of shale bedrock and includes ledges and small areas of talus. Talus areas are composed of small fragments that are unstable and steeply sloping; the unstable nature of the shale results in uneven slopes and many rock crevices. There is minimal soil development, and vegetation is usually sparse. Different types of shale cliffs may be distinguished based on exposure and moisture.

Known examples of this community have been found at elevations between 10 feet and 1,850 feet. 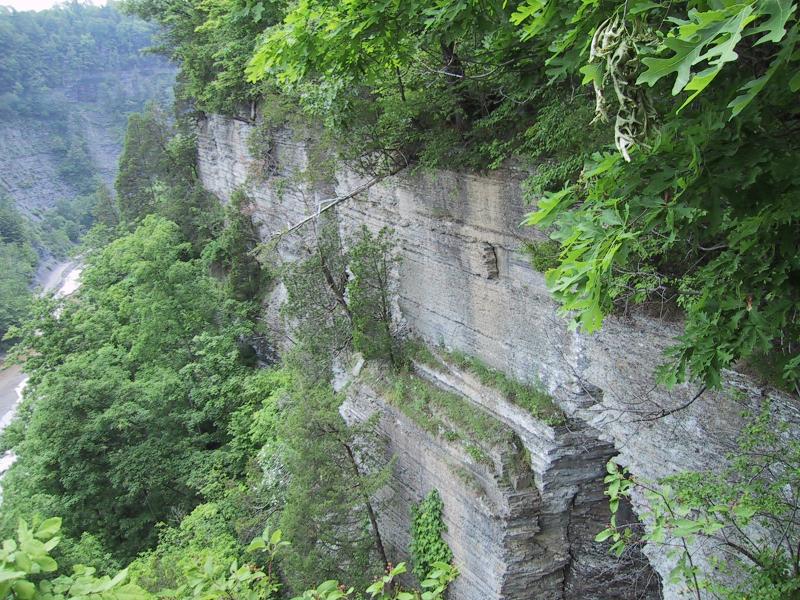 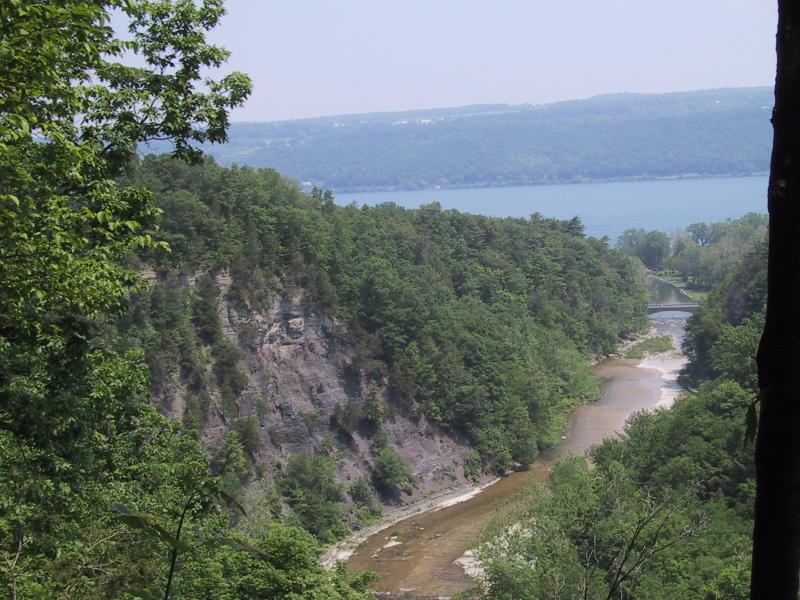 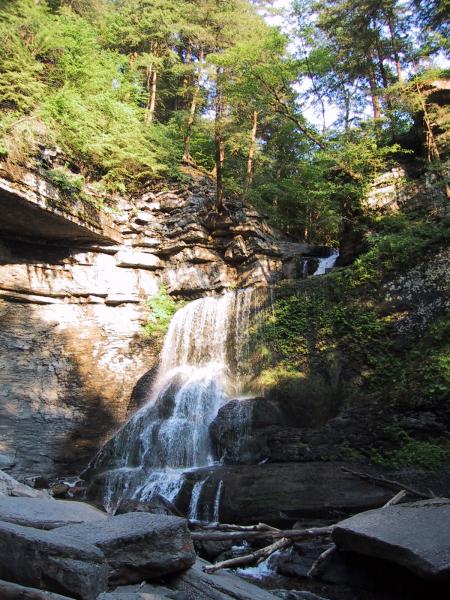 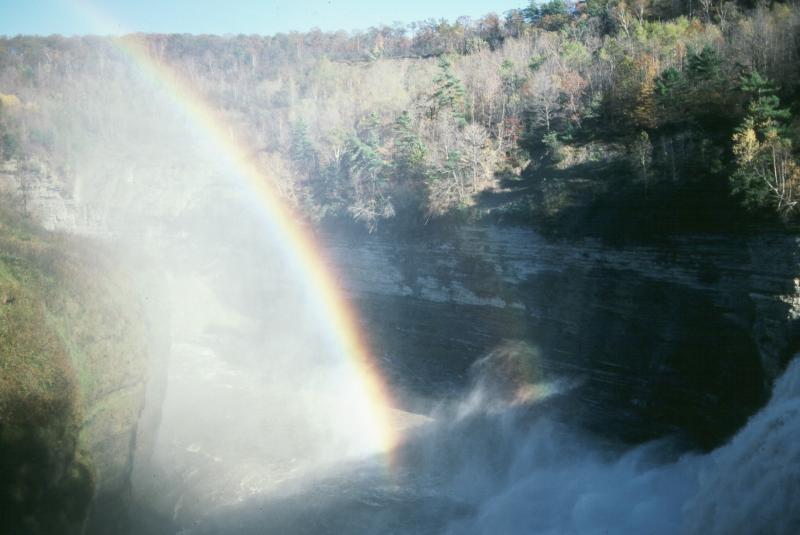 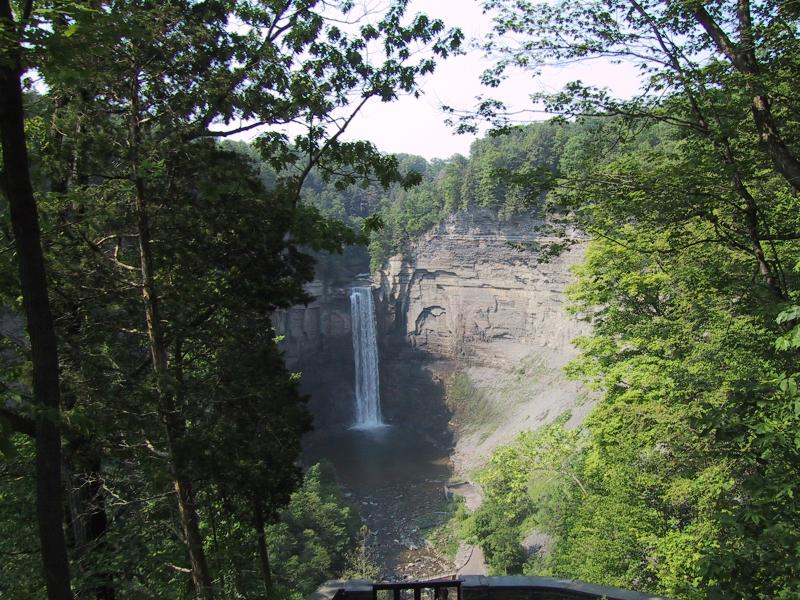 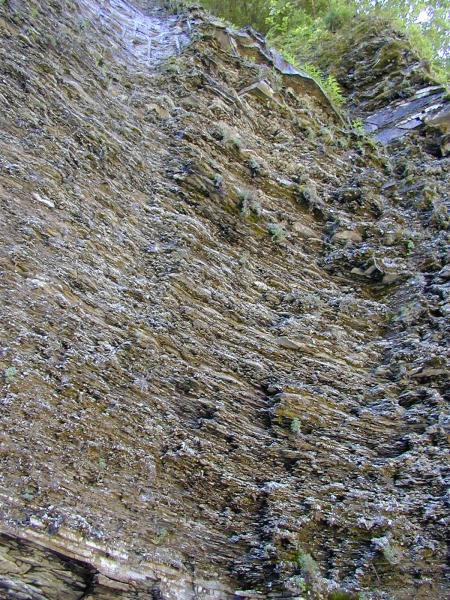 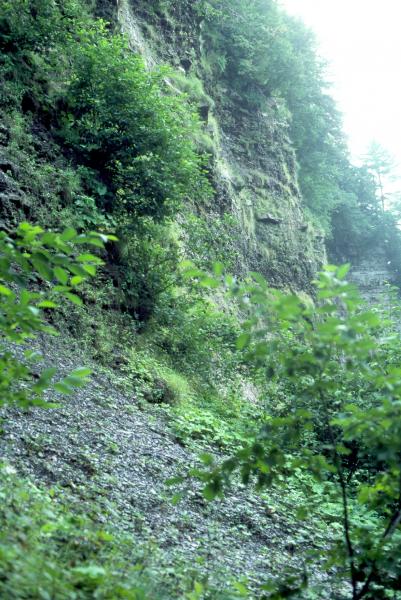 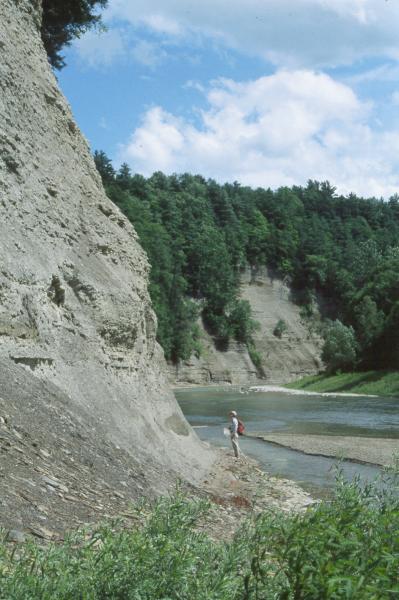 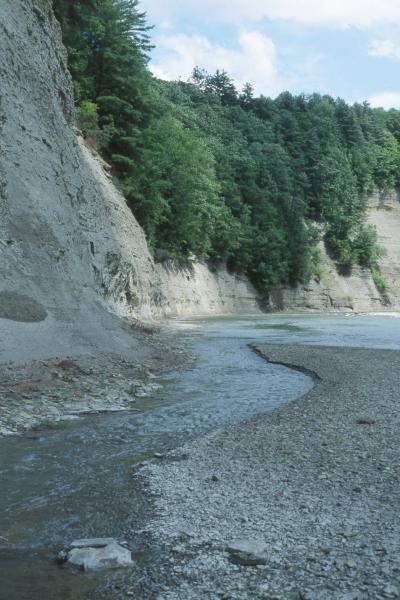 This figure helps visualize the structure and "look" or "feel" of a typical Shale Cliff and Talus Community. Each bar represents the amount of "coverage" for all the species growing at that height. Because layers overlap (shrubs may grow under trees, for example), the shaded regions can add up to more than 100%.

Information for this guide was last updated on: May 2, 2019