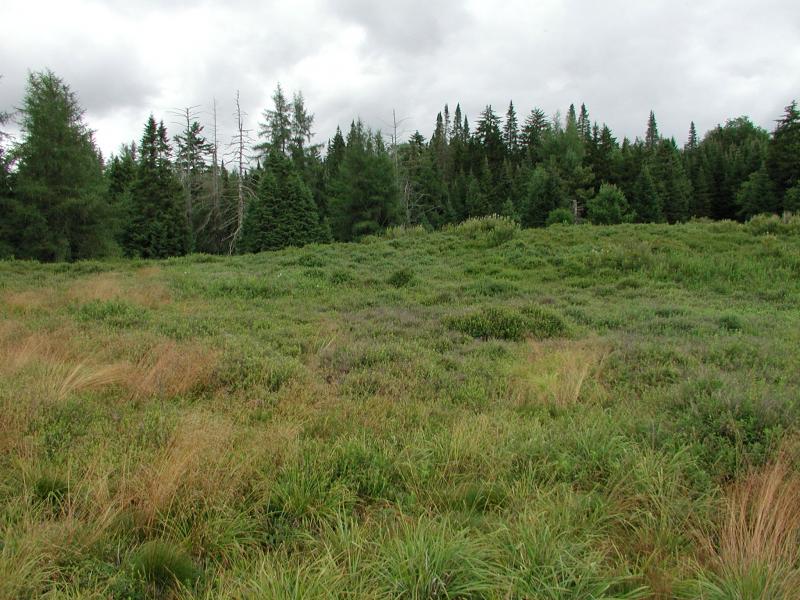 The terms 'boreal', 'heath', and 'barrens' accurately describe this community: 'Boreal' describes the circumpolar forest region in the northern hemisphere that is generally dominated by conifer tree species; the boreal forest extends north to the treeless tundra and south to the mixed conifer/deciduous forests or temperate grasslands. 'Heath' refers to shrubs in the heath family (Ericaceae), also called ericaceous shrubs that are broad-leaved, often evergreen with leathery leaves and a compact growth form. 'Barrens' refers to a depauperate community with either a low canopy coverage or with stunted individuals of species which elsewhere reach considerable size; this term is applied to both savannas and woodlands.

This is a relatively uncommon natural community with an estimated 15 to 30 extant occurrences statewide. A few documented occurrences have good viability and are protected on public land or private conservation land. This community has a limited statewide distribution (correlated to old lake deltas and outwash plains in the Adirondacks). Although there is one large occurrence documented, most are around 100 acres or less in size. Threats to this community include fire suppression, fragmenting development, recreational overuse, habitat alteration, and to a lesser extent invasive species.

The number and acreage of boreal heath barrens in New York have probably declined slightly in recent decades due to fire suppression, disturbance by off-road vehicles, and development.

The number and acreage of boreal heath barrens in New York have probably had substantial declines from historical numbers due to fire suppression, fragmentation, disturbance by off-road vehicles, and development. The area of the boreal heath barrens at one site (Oswegatchie Plains) is reportedly smaller than it was in the early 1900's.

As a fire-dependent natural community, the primary threat to boreal heath barrens is the suppression of fire. Other threats to this community include fragmenting development (e.g., residential, agricultural, plantations, roads, trails), recreational overuse (e.g., ATV use, hiking), and habitat alteration (e.g., logging). Although not currently considered a major threat, invasive species may become a problem at some sites in the future. Parts of some boreal heath barrens are used for Christmas tree farms and Scotch pine plantations.

The soils are acidic, nutrient poor and often seasonally flooded. Any disruption of the hydrology or soil enrichment contamination (e.g., from septic leach fields and fertilized lawns) in or around the barrens may alter its community structure and function. The open structure of this community is often maintained by fire and can present a fire hazard to existing and proposed development. Unprotected structures located within or near this community are more susceptible to damage from fire.

Determine the optimal fire regime for this community. This community needs to be compared to heath barrens in other states (e.g., Maine or Michigan) and in Canada to evaluate quality and composition in a regional context.

The range of this community is probably limited to localized old lake deltas and outwash plains in the Western Adirondack Foothills and Central Adirondacks. It occurs primarily in Franklin, St. Lawrence, Lewis, Essex and Hamilton counties. The historical range is unknown, but is likely to have been restricted to this same area.

This may be a regionally endemic community, or potentially widespread north of New York. Similar associations are reported from Maine, New Hampshire, Michigan and Canada. In New York, it is essentially restricted to the Adirondacks. Limited data are available outside of that area.

Known examples of this community have been found at elevations between 564 feet and 1,640 feet.

These heath barrens are lovely in fall when leaves of the dominant shrubs turn deep shades of red, orange and purple. 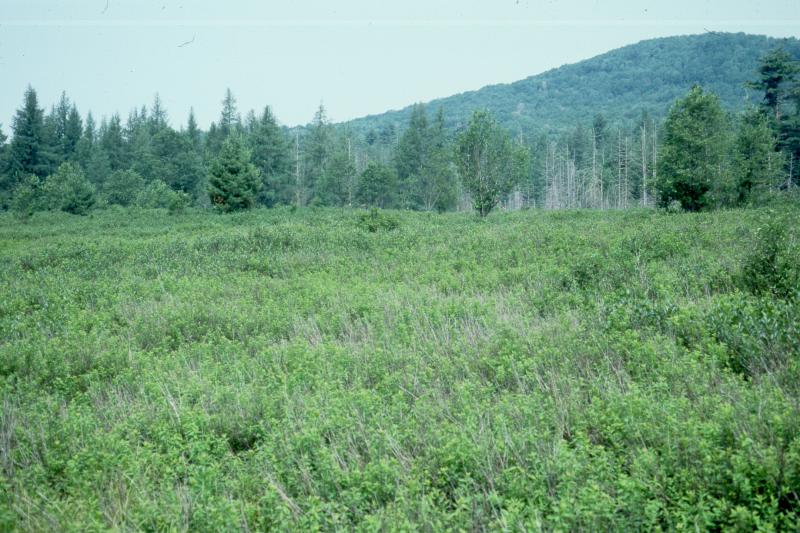 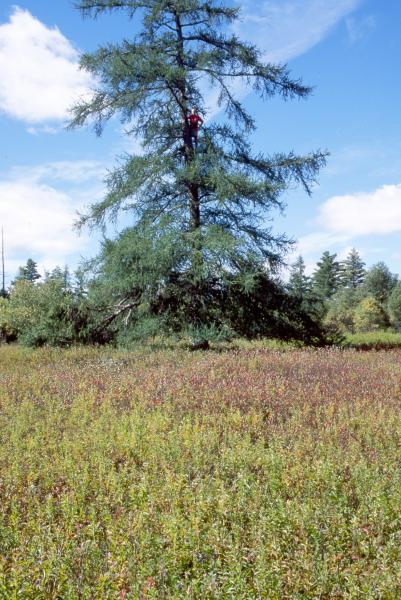 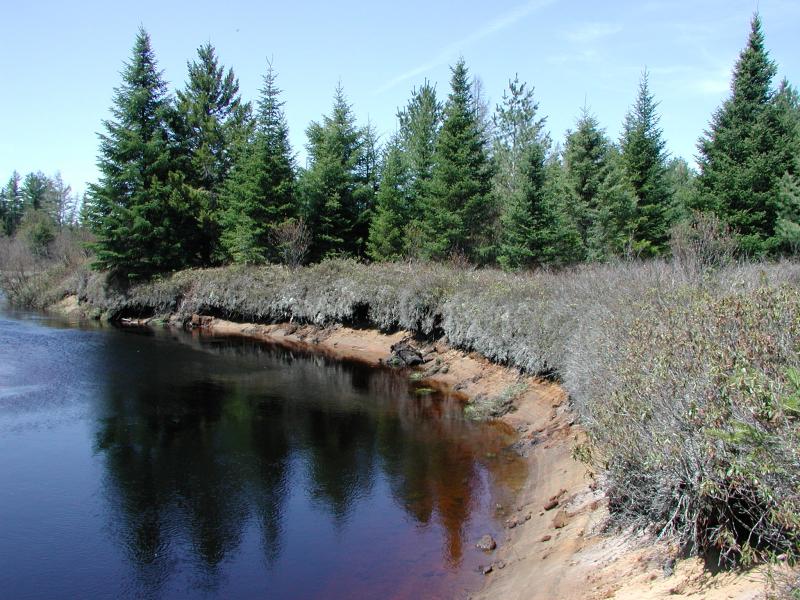 This figure helps visualize the structure and "look" or "feel" of a typical Boreal Heath Barrens. Each bar represents the amount of "coverage" for all the species growing at that height. Because layers overlap (shrubs may grow under trees, for example), the shaded regions can add up to more than 100%.

Bray, W.L. 1921. The history of forest development on an undrained sand plain in the Adirondacks. New York State College of Forestry at Syracuse University. Tech. Publ. 13, 21(2):1-47.