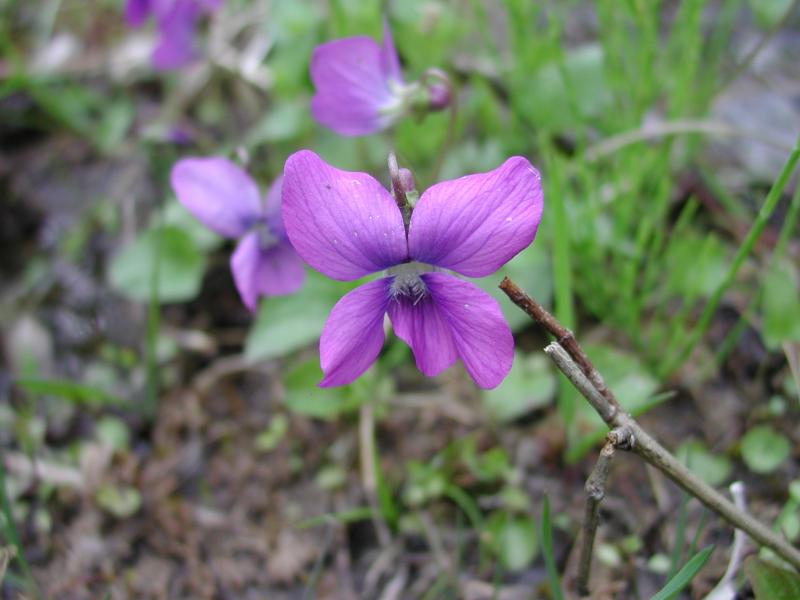 The species name "nephrophylla" means kidney-leaf, and refers to the shape of the basal leaves. Like most violets, this species produces "cleistogamous", meaning closed flowers as well as the familiar purple violet blossoms. These easily overlooked cleistogamous flowers never open and have no petals, and look like small bumps on the stems. They produce seeds by self-fertilization.

More precise population data are needed to determine trends for this species, though none of the verified occurrences are known to have been extirpated or have undergone declines in recent years.

The long-term trend for this species is unclear; there are sixteen historical occurrences that should be searched for.

Trampling and erosion by human activity, and trampling and herbivory by deer, have been identified as threats to some of the known populations.

Trails and human activity should be directed away from populations to prevent trampling. Some sites may need management to maintain an open aspect.

Viola nephrophylla is known from scattered locations in the western and northern parts of the state.

Viola nephrophylla is a perennial wildflower species. Its leaves are hairless, and wider than long, with roughly kidney-shaped bases. It is a "stemless" species, the flowers borne singly on leafless stalks emerge directly from the base of the plants. In Viola nephrophylla the flowering stalks extend much above the flowers. The petals are blue, the bottom and two adjacent ones densely "bearded" with threadlike hairs. The sepals are short, and obtuse to rounded at the apex. Like most other violets V. nephropylla also produces cleistogamous, or petal-less flowers, held on separate, erect basal stalks. The fruit are green, short, egg-shaped capsules, holding green-black seeds.

Viola sororia has leaves moderately to densely hairy throughout, and flowers as tall as or barely exceeding the leaves, and it is a plant of common upland habitats, while V. nephrophylla is most often found in cold, calcareous wetlands. Viola cucullata, Marsh Blue Violet, has a hairless bottom petal and long-tapering sepals with acute apices, and is a plant of circumneutral to acidic wetlands (Ballard 1994).

Viola nephrophylla flowers from mid-April to early June, and the fruits may persist into September.

The time of year you would expect to find Northern Bog Violet vegetative, flowering, and fruiting in New York. 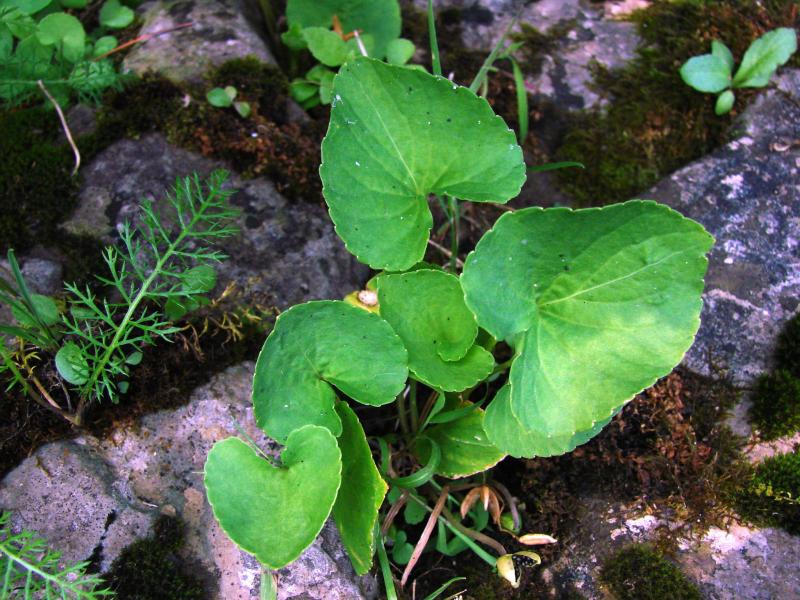 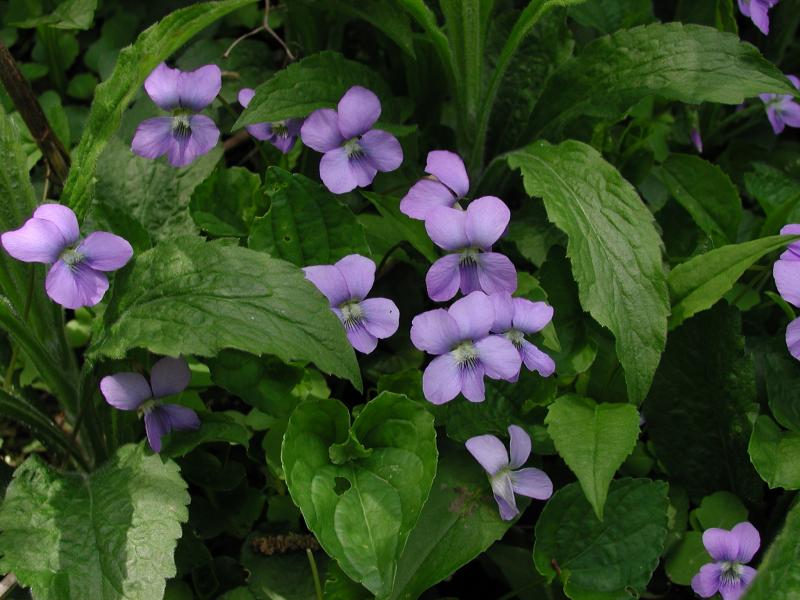