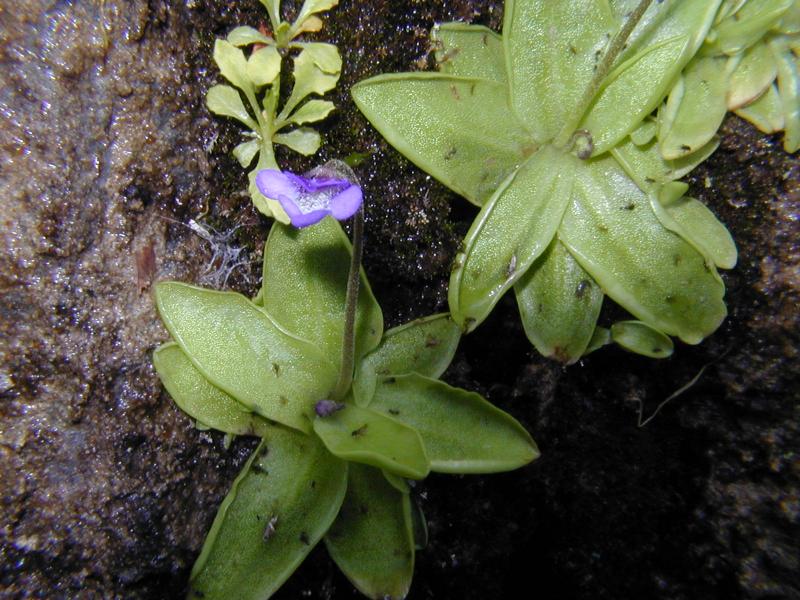 Butterwort is New York's only insectivorous plant which is not found in a marsh, bog, or swamp. Sometimes its pollinators are also unlucky enough to be caught and absorbed by the leaves. The name butterwort comes from its old world reputation of having medicinal and culinary uses. The juices from the leaves were rubbed onto cows' udders to protect them from infection. Another reference to butter was the use of its leaves to curdle milk. The genus name Pinguicula can be translated as little fat one or fattish for the greasy texture of the leaves.

There are six known populations and approximately six additional historical populations of this plant. Most of these populations are on well-protected cliffs, but some cliffs may be subject to natural or artificial sloughing. This plant has a limited range, and an even greater limited habitat. As a plant at the southern limit of its range, it has always likely been rare in New York.

The short-term trend of this plant seems to be stable. This plant is difficult to survey and population counts from year-to-year are usually not recorded. Changes would be noted only if the area where the plants occur was drastically altered but this has not occurred in the recent past.

Over half of the seven historical sites for this plant have been rediscovered and no sites have been considered extirpated. The habitat for this plant is not common but it is isolated and inaccessible enough that the plants are expected to remain here for many decades.

There are few threats to these plants since the sites are inaccessible and not open to disturbance. Changes in the amount of groundwater available to the sites could affect them in the future. So far no exotic invasive plants have been seen affecting these sites.

Sites should be monitored for changes in groundwater availability and for any new invasive plants that might be affecting them.

There are no research needs to report at this time.

A plant of seepage areas on open limey-shale cliffs or in the mist of a nearby waterfall. These sites have been lumped under the cliff community designation, but they may be best described as vertical marly fens. The sites are usually surrounded by birch, hemlock, and maple. (New York Natural Heritage Program 2005). A distinct calciphile, growing on alkaline rocks and sands (as on interdunal flats and hollows), marly flats, and occasionally in marly fens and on moist rock outcrops; frequently growing with Primula mistassinica (Voss 1996). Wet rocks and shores, occasionally in bogs and wet meadows inland. (Gleason and Cronquist 1991). Wet rocks and open spots, chiefly in calcareous areas (Fernald 1970).

This plant is restricted to central and western New York, associated with the spray zone of waterfalls and within seepage areas of cliffs made up of fossilliferous shale. New York is at the southern limit of its range.

Butterwort is a small insectivorous plant. It has a small basal rosette of bright green to yellow-green, narrow tongue-shaped leaves that are covered with sticky glands that give it a shiny, waxy appearance. The margins of the leaves curl inward as insects are trapped and digested. One to nine flower stalks grow up to 6 inches high from the basal rosette and are topped by a single, tubular, violet flower. The flower has 5 petals in two lips and they are white and hairy at the base. The bottom of the flower ends in a long spur. In the winter the leaves die back to form a bulblike winter bud or hibernacula that has smaller daughter buds that ring the main winter bud. These then germinate in the spring to grow more plants.

This insectiverous plant has leaves that are spatulate to elliptical, 2-6 cm long, and yellowish-green that are covered with a sticky slime. These leaves will promptly curl when picked. The scape is 0.4-1.5 cm high. The corolla, excluding the straight spur, is 1-2 cm long and violet. Its lips are very unequal and its tube funnelform. Small insects caught on the slimy leaf surfaces are digested.

This plant is easiest to identify in flower, but may also be identified vegetatively. To verify the identification, a few good pictures and a description of the habitat should suffice.

The combination of habitat and morphology make this plant rather unique, particularly when in flower. Vegetative leaves of Lobelia kalmii and other plants with basal rosettes may look somewhat similar to those unfamilar with these species. The slimy leaf surface of Pinguicula is unique.

This cliff species flowers from late May to early July, with fruits persisting through the end of summer. Since this plant can be identified vegetatively, surveys can be conducted at any point during the growing season.

The time of year you would expect to find Butterwort vegetative, flowering, and fruiting in New York. 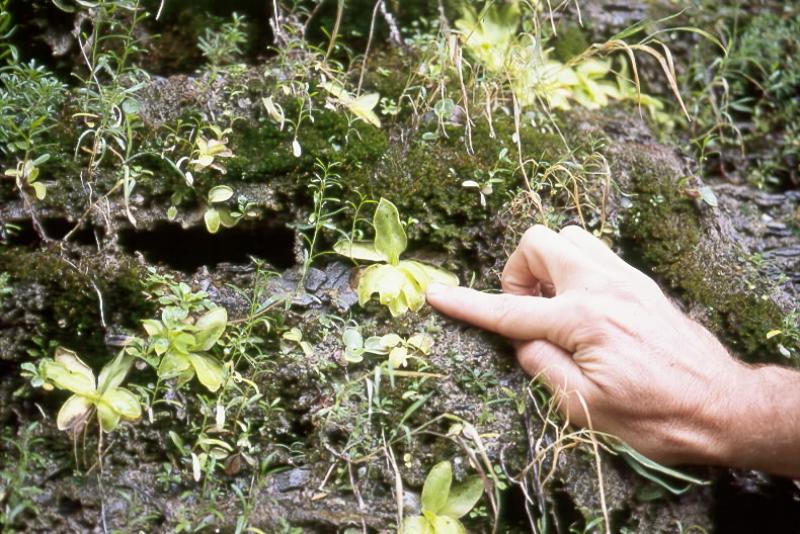 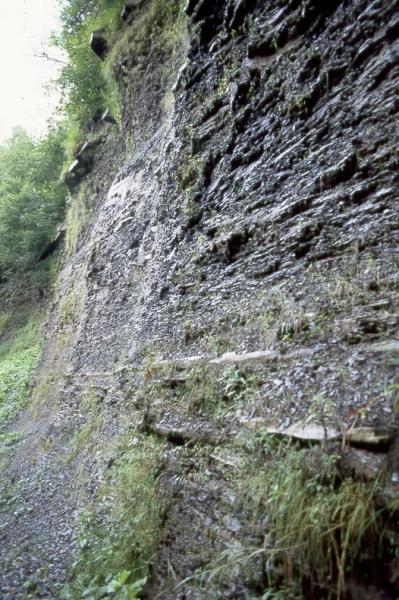 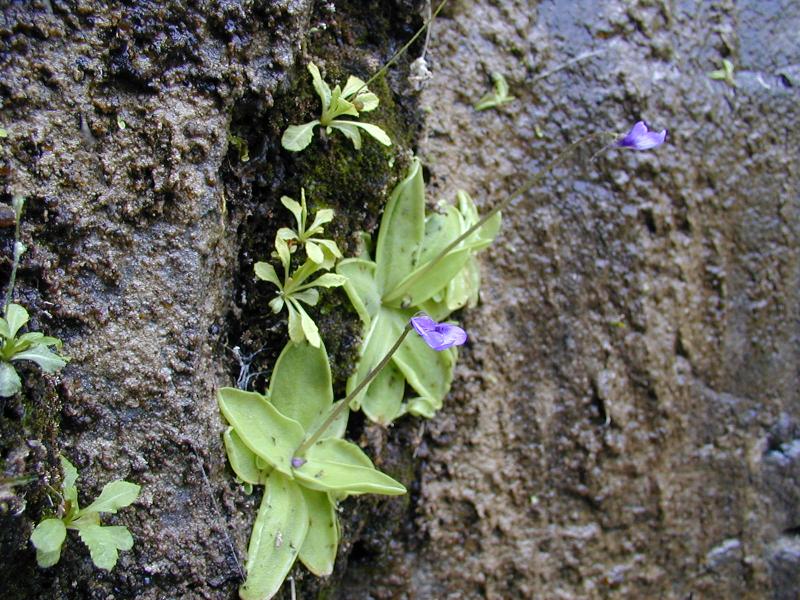 Information for this guide was last updated on: March 18, 2005