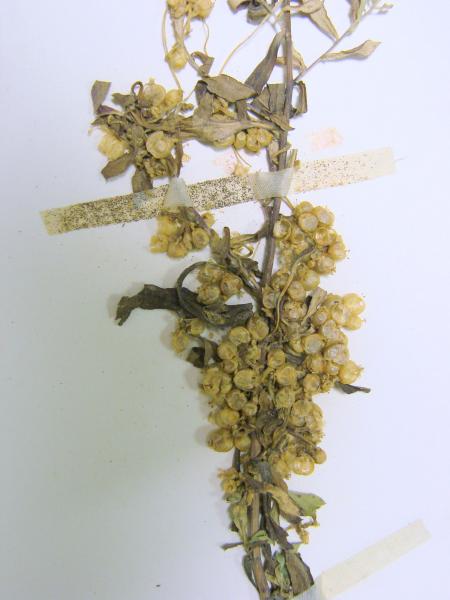 Even though this dodder can be found on a variety of host plants, its species name refers to only one of them, the buttonbush (Cephalanthus). The common name may come from a Middle Dutch word meaning the yoke of an egg referring to the yellow color of some of the flowers of Cuscuta. Dodder is an annual but some of its connections to the host plant (haustoria) may survive the winter and start new plants already on the host in the spring. The vines always seem to wrap around the host plant in a counterclockwise direction. Dodder is a speed demon when it comes to finding a host. Germination, emergence and attachment to the host may occur in as little as 24 hours and the seedling must find a host in 5-10 days or it will die.

There are four existing populations but little information is known about three of them. There are eight historical localities which have not been relocated.

None of the existing populations have been resurveyed since their discovery so short term trends are unknown.

The long-term trend seems to be down as none of the eight historical records have been relocated. However four new populations have been found since the 1980s. The real trend is probably unknown because these plants are difficult to survey and their habitat preference is relatively unknown. More directed survey work is needed and existing populations need to be resurveyed.

Whatever threatens the host plant of this species is also a threat. Unfortunately little is known about this.

A natural buffer needs to be maintained around the wetlands where this species occurs to preserve the hydrologic régime and prevent habitat destruction.

More research is needed to determine the habitat and host plant preference in New York as it has been seen growing on asters and goldenrods as well as buttonbush. How this plant seed banks and moves around within its environment is unknown.

In New York the known sites for this species have all been wetlands of various types, from shrub swamps to streamsides, wet meadows, and marshes. Known host plants in the state include willows, asters, golderods, button-bush, horsetails, mints, and water-willow, so it appears to not be very particular (New York Natural Heritage Program 2007). Low grounds, on various shrubs and coarse herbs (Fernald 1970).

This species known from scattered locations in eastern New York, and from Cayuga and Seneca Counties to the west.

This tiny species is known from most of the United States, as well as some Canadian Provinces.

Dodders are parasitic, annual plants, the seedlings attaching to a host plant soon after they sprout. The mature plants lack chlorophyll, roots, or leaves. They consist only of the pale yellor or orangish stems, attached to the host plant via numerous haustoria (suckers), and the compact (2-2.5mm) flowers. With prolific individuals the overall appearance is of a tangled mass of bumpy orange string sprawled and twining over the host plant. Upon closer inspection, the flowers are seen to be white, mostly 4-parted, sessile, and compact. The sepals are united at the base, and shorter than the corolla tube, the lobes of the corolla obtuse or rounded, also shorter than the tube, and the mature styles are 1 to 1.5mm long (slightly shorter than the fruit).

Flowers are needed to distinguish among Cuscuta species.

Cuscuta polygonorum and C. coryli also have united sepals and 4-parted flowers, and occur in New York, but these species have acute rather than rounded corolla lobes, with a calyx equalling or surpassing the corolla lobe, rather than shorter.

Flowers August to mid-October, fruits persist until the end of October.

The time of year you would expect to find Buttonbush Dodder flowering and fruiting in New York. 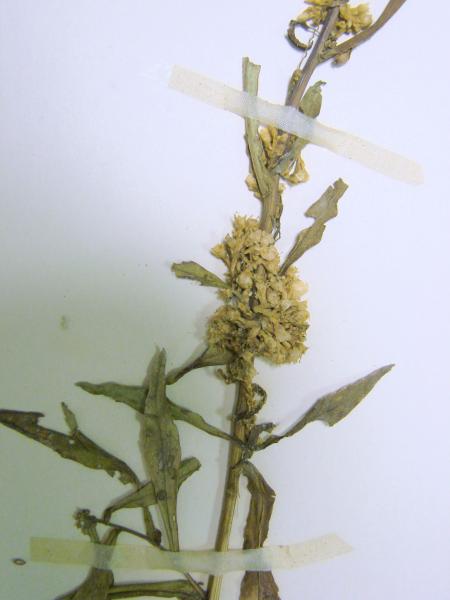 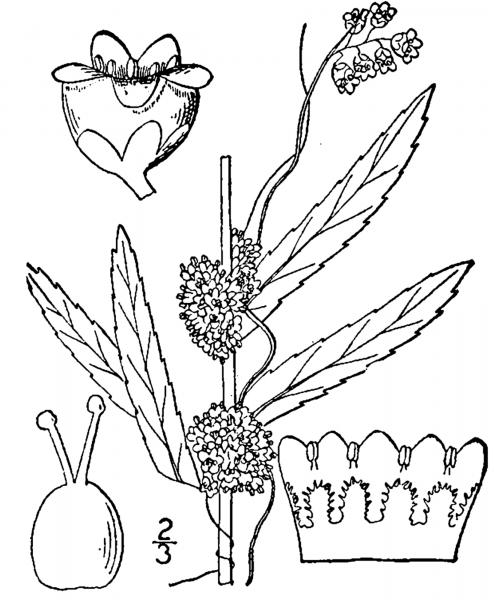