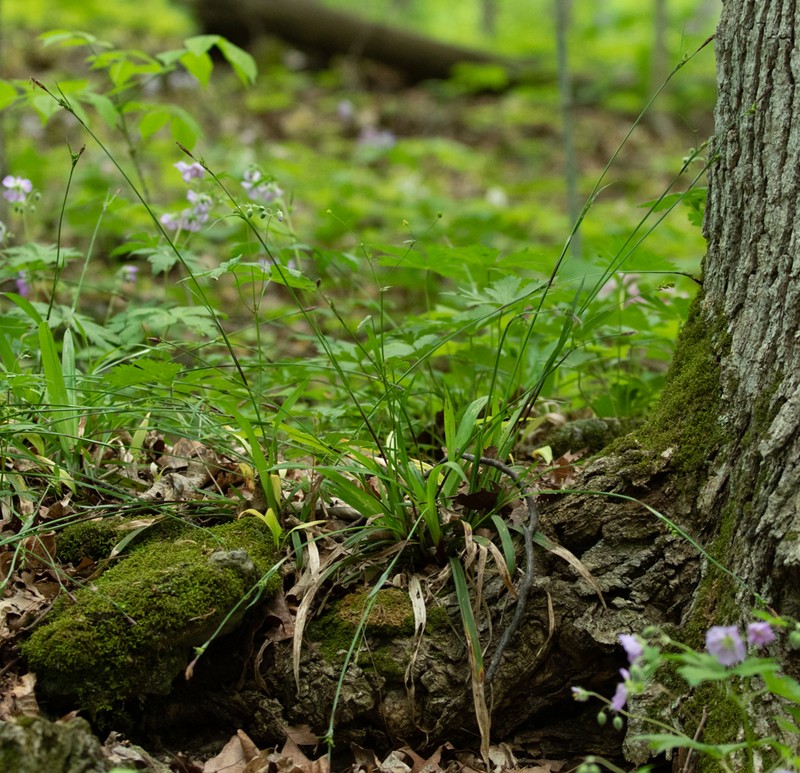 State Conservation Status Rank
S1S2
Critically Imperiled or Imperiled in New York - Especially or very vulnerable to disappearing from New York due to rarity or other factors; typically 20 or fewer populations or locations in New York, very few individuals, very restricted range, few remaining acres (or miles of stream), and/or steep declines. More information is needed to assign either S1 or S2.
Global Conservation Status Rank
G4G5
Apparently or Demonstrably Secure globally - Uncommon to common in the world, but not rare; usually widespread, but may be rare in some parts of its range; possibly some cause for long-term concern due to declines or other factors. More information is needed to assign either G4 or G5.

Based on herbarium records, this sedge is limited to central and northern New York. The habitat is limestone woodlands. Currently, there are less then three known populations. Most of the herbarium records are pre-1950, and these are from a relatively small range.

This species was only recently added to the active list of monitored plants in NY and there is no information available on how populations have been changing recently. So, short term trends are unknown.

There are about four extant populations most of which were not known previous to their recent discovery but were probably overlooked in the past. All other records are historical and have not been seen in at least 20 years but these populations have not been looked for and it is unknown if they are still extant. Therefore, overall long term trends are unknown.

Searches need to be done on historical populations to determine if they are still extant.

Carex careyana is known from central, western, and northwestern New York. It is at the northeast edge of its range in New York.

Carex careyana is a tufted, perennial, grass-like plant. Its leaves are fairly broad (4-18 mm wide) and have a few strong longitudinal ribs. The bases of the plants have a distinctive purple color. Stems are 34-62 cm tall and arise out of the leaves at the bases of the plants. A few flower/fruit clusters that are 7-18 mm long occur on erect secondary branches off of the main stem. Fruits (perigynia) are 5-6.6 mm long (Bryson and Naczi 2002).

Carex careyana is a cespitose perennial. It has basal leaf sheaths distinctly purple at the base. Leaf blades are quite wide (4-18 mm wide) especially for an upland species and are strongly veined. Culms are 34-62 cm long and have (2-)3(-4) spikes per culm. The terminal spike is staminate and 8-20 mm long while the lateral spikes are pistillate, have 4-9 perigynia per spike, and are 7-18 mm long. The bracts that subtend the spikes have blades 2.1-9.2 cm long. The perigynia are 5-6.6 mm long and strongly trigonous in cross section (Bryson and Naczi 2002).

Carex careyana is best identified when it is in fruit although this species is pretty easy to identify when it is in flower or even simply vegetative, if one is familiar with the various broad leaved upland sedges that occur in NY.

Carex careyana is quite similar to C. plantaginea. The leaves of C. plantaginea have a wrinkled or seersucker texture vs. only being longitudinally somewhat folded for C. careyana. In addition C. plantaginea has lower bract blades absent to small (to 2 cm long), perigynia smaller (3.7-4.9 mm long), and lateral spikes with 9-13 perigynia (Bryson and Naczi 2002, New York Natural Heritage Program 2006).

Carex platyphylla also has broad leaves but bases of the basal sheaths are white or brown and the leaves are glaucous when fresh.

Carex careyana is one of the earlier flowering and fruiting Carex species in New York. It is in immature to mature fruit from mid May to late June although the perigynia are almost completely shed by the end of June. Therefore surveys are most successful from mid-May to mid-June.

The time of year you would expect to find Carey's Sedge fruiting in New York. 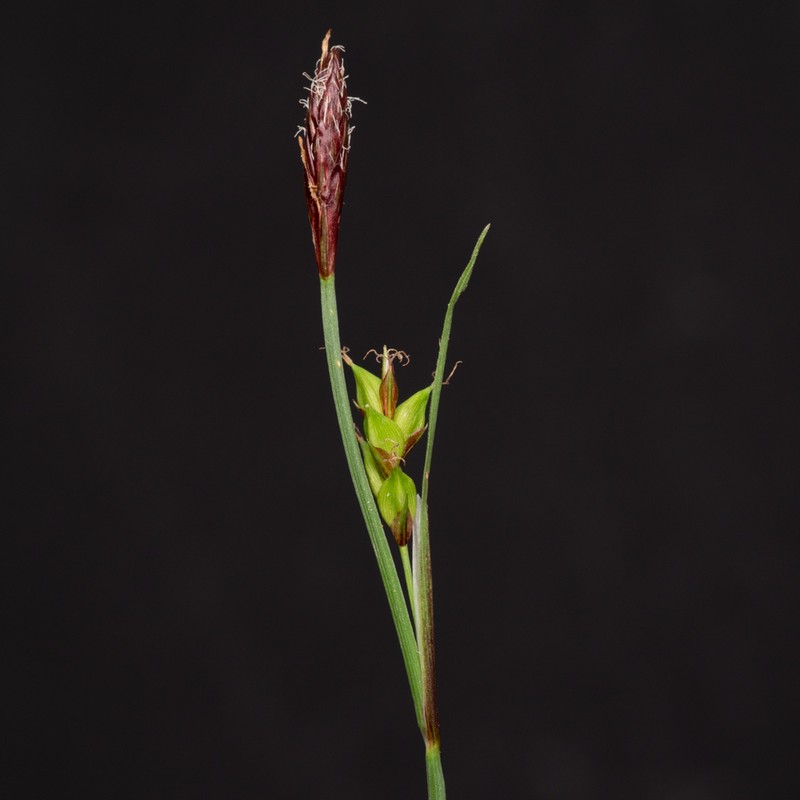 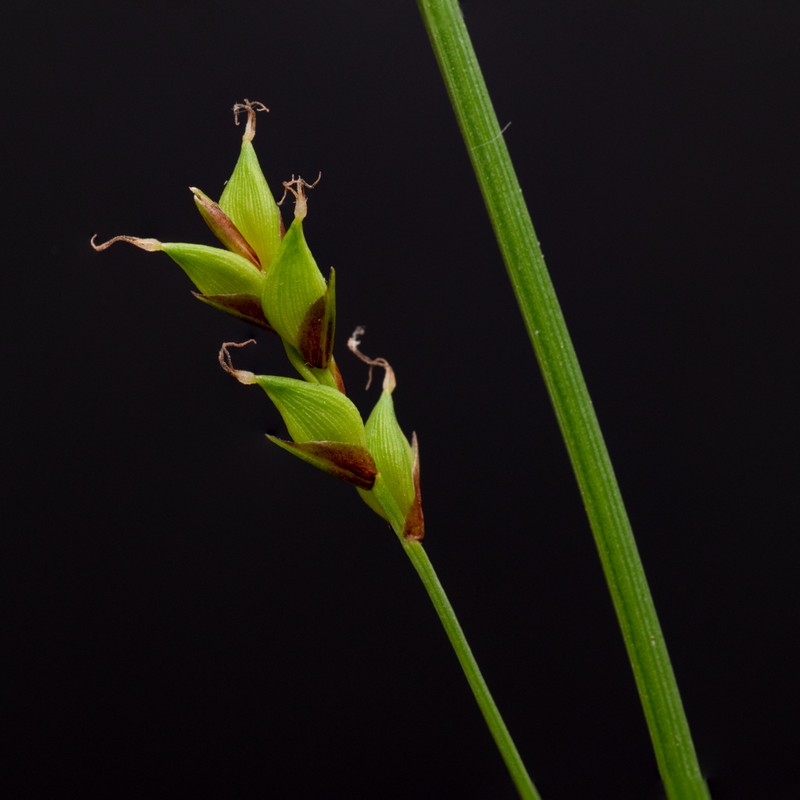 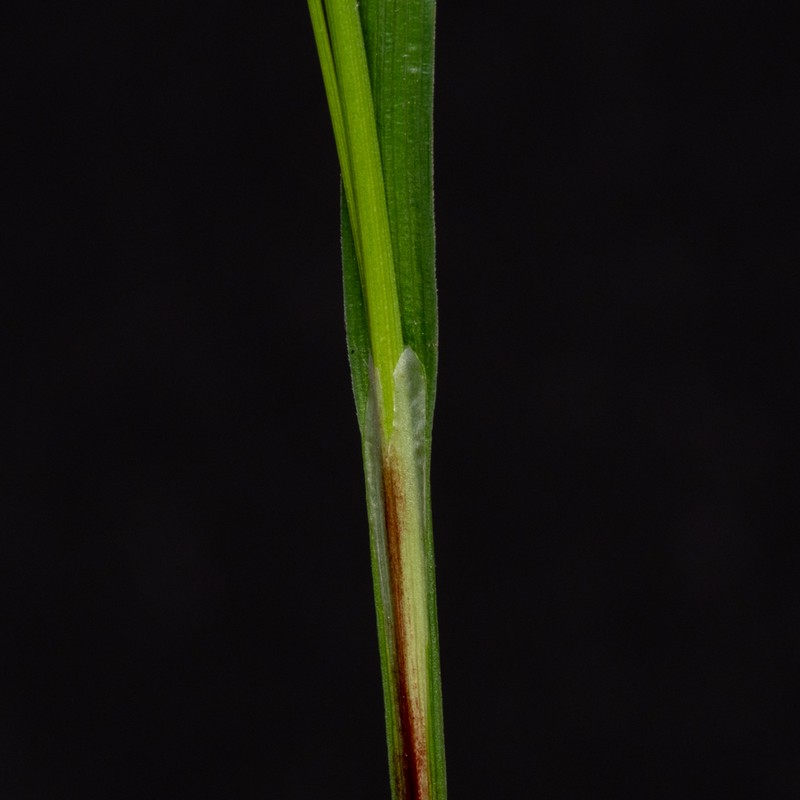 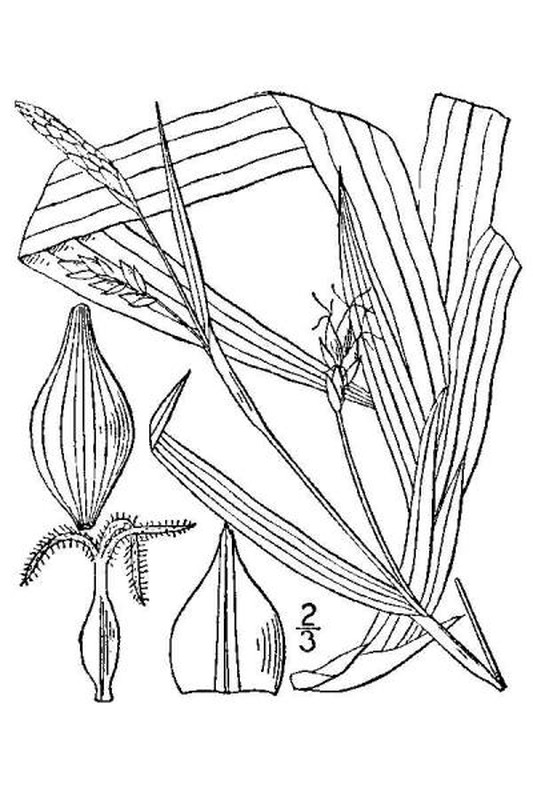 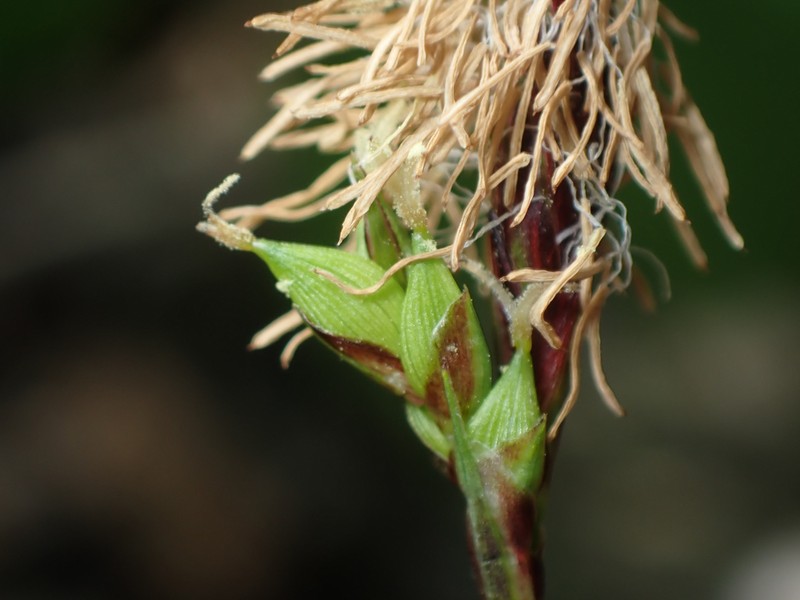 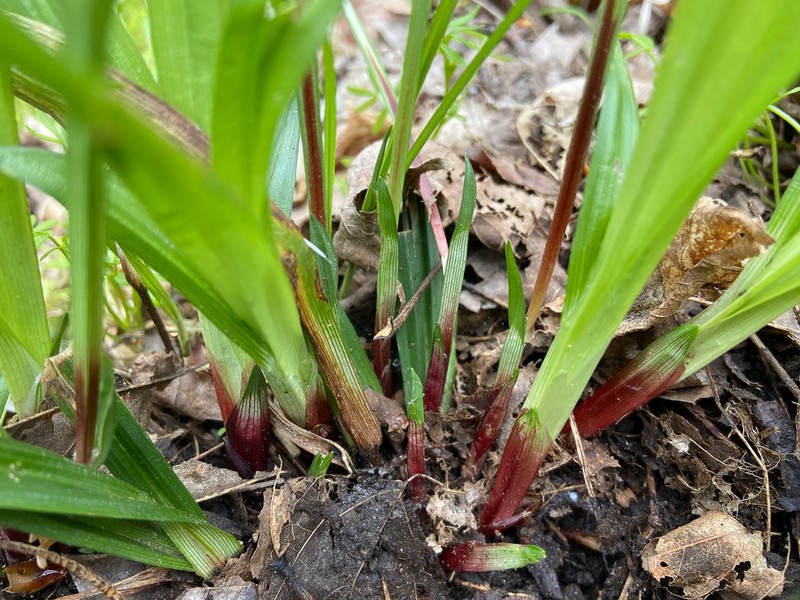 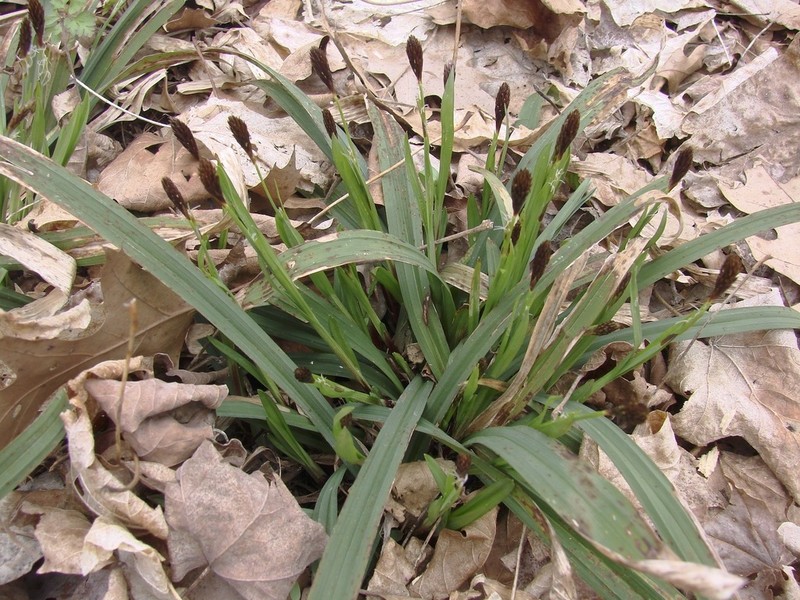