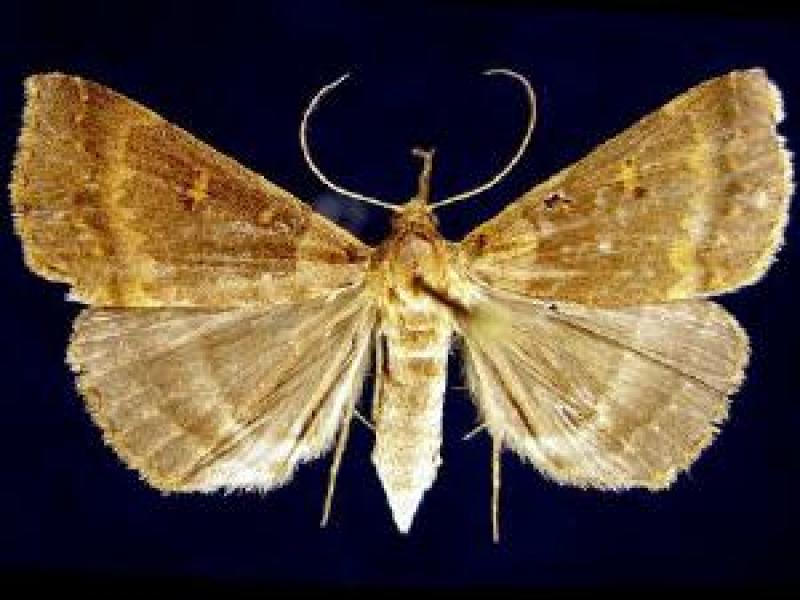 This species is part of the Noctuidae family which is the largest family of Lepidoptera, with about 2,900 species in N. America and 20,000 worldwide (Covell 1984).

There are three known extant occurrences in New York on Long Island. Specimens have been taken only a few times despite significant effort in what would seem to be appropriate habitat.

The threats to this species in New York State are uncertain. Artifical lighting and insecticide use are potential threats. Artificial lighting can: increase predation risk, disrupt behaviors such as feeding, flight, and reproduction, and interfere with dispersal between habitat patches. In addition, many individuals die near the light source. It is not known if the impact of artificial lighting is severe, but the impact is likely greater for small, isolated populations (Schweitzer et al. 2011). In addition, the use of insecticides and biocontrols can eliminate or greatly impact many non-target species populations.

Insecticide use should be avoided when possible if rare species are present. When insecticide use cannot be avoided, careful planning along with consistent rare species monitoring, can result in successful eradication of the target species without eliminating rare species. A biocontrol alternative is Bacillus thuringiensis (Btk) for some target species, such as gypsy moths. However, sensitivity to Btk varies among native species, this option should be fully researched for treatment timing and regimes and weighed with other options to have the least impact on native lepidopteran populations (Schweitzer et al. 2011).

Additional research is needed to determine the habitat requirements and foodplant preferences.

Schweitzer (1998) thinks this species is confined to Long Island and vicinity.

Chocolate Renia can be found from Martha's Vineyard, Massachusetts south to Florida and west to Indiana and Texas (Covell 1984).

Chocolate Renia is approximately 2.5-3 cm wide. The males are grayish brown. The females are a deep buff to reddish. The wings are smooth or mottled. The antemedial line is dark and even with an outward curve. As with all Renia species, the males have tufts on their antennae (Covell 1984).

According to Covell (1984), adults can be found from July to August rangewide, while Schweitzer (1998) stated the moths can be found August to September. Specific information for New York is not available at this time.

The time of year you would expect to find Chocolate Renia present and active in New York. 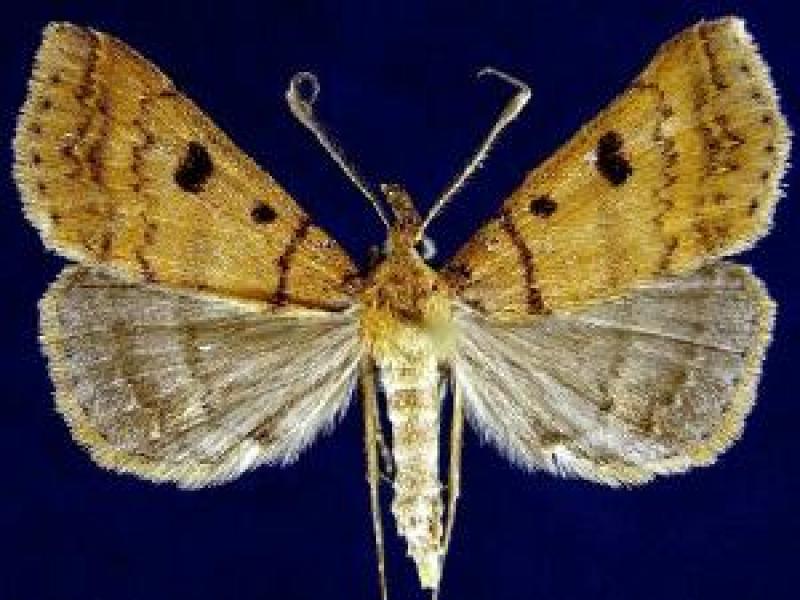 Information for this guide was last updated on: June 26, 2012