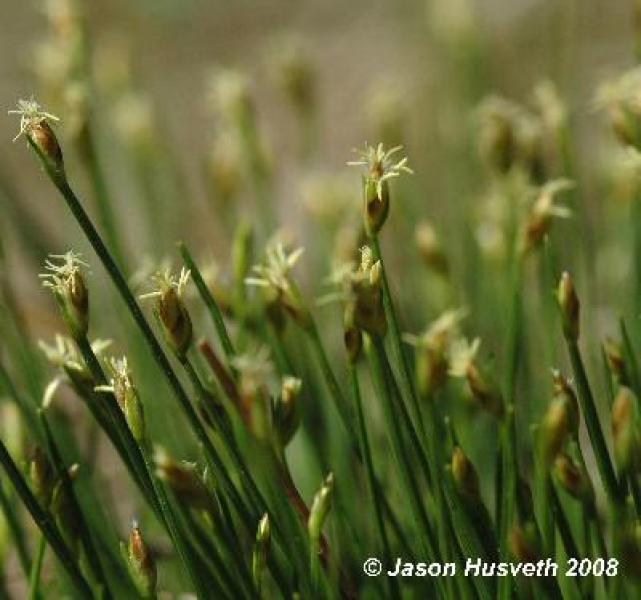 New Yorkers should be proud. This plant is named after George William Clinton (1807-1885), son of Governor DeWitt Clinton, and outstanding citizen of Buffalo where he helped organize the Buffalo Society of Natural Sciences and was the first president of the Buffalo Museum of Natural Sciences. He was an amateur botanist and the Clinton herbarium in Buffalo is named after him. He died while walking through the Albany Rural Cemetery, still clutching a clover in his hands (Wikipedia contributors).

There is one verified occurrence, 4 historical occurrences, 1 occurrence destroyed.

The only population known to be extant occurs in a dynamic habitat. Surveys of this population have fluctuated in space and time with counts ranging from 12 to 300 individuals. Without consistent area surveys the population trend is uncertain but the species has persisted at the site for over 50 years, suggesting some level of stability.

The long term trend is a decline as only one extant site is known. Of the three remaining historically known sites, one has been extirpated by development and another was not relocated during a survey in the 1950's and may be lost. The other historically known population has not been resurveyed so its status is unknown.

Reinventory the extant site every 10 years and document and control any invasive species that invade Trichorphorum clintonii's gravel bar habitat.

This species is has been found in the Adirondacks and western New York. It is at southern edge of its range in the state.

Trichorum clintonii is a northern species that ranges from central Alberta to west-central Saskatchewan to Quebec and souh and east from Minnesota to New York, Maine and New Brunswick. This species is not documented from Vermont or New Hampshire. It is rare throughout its entire range.

Trichophorum clintonii is a grass-like plant at grows in short, dense clumps (cespitose) up to 36 cm tall. Its stems are triangular (trigonous) and become rough (scabrous) closest to the inflorescence. The leaves (6-) 15-250 mm long and 0.5-0.8 (-1) mm wide, are equal in length or shorter than the stems at flowering, The inflorescences are solitary terminal spikelets subtended by a distinctly separate, enlarged scale. Spikelets are 3-6 flowered and 3.4 to 5.3 mm long by 1.3 to 2.55 mm wide, with sharp tipped or awned bracts 3 to 6mm long, the awns are up to 1.4 mm. The fruits (achenes) have a compressed triangular (trigonous) shape.

This species is easiest to identify when it is in fruit. Specimens should include intact, mature fruits and full stems including leaves.

Three other Trichophorum species occur in New York. The triangular stem (in cross section) of T. clintonii separates distinguishes it from the very similar T. cespitosum, which has a round stem. Also closely related to T. alpinum, it can be distinguished by the number of flowers per spike fewer than 10 vs. typically 15 or more for T. alpinum, and its pale brown vs. white perianth bristles, that are shorter than or merely equal the fruit (achene) length instead of greatly exceeding it (20x). T. planifolium is distinguished by the nearly universal abrupt short, sharply pointed scales with a midrib extending beyond the tip, which contrast with the blunt scales of T. clintonii with midribs that do not reach the tip. The genus Trichophorum resembles the spike rushes (Eleocharis spp.) but can be definitely distinguished by the lack of a distinct enlarged appendage or "bump" (tuberacle) at the top of each fruit (achene).

Trichophorum clintonii typically begins flowering in early May with fruiting in mid to late May with fruits persisting until late August.

The time of year you would expect to find Clinton's Club Sedge flowering and fruiting in New York.