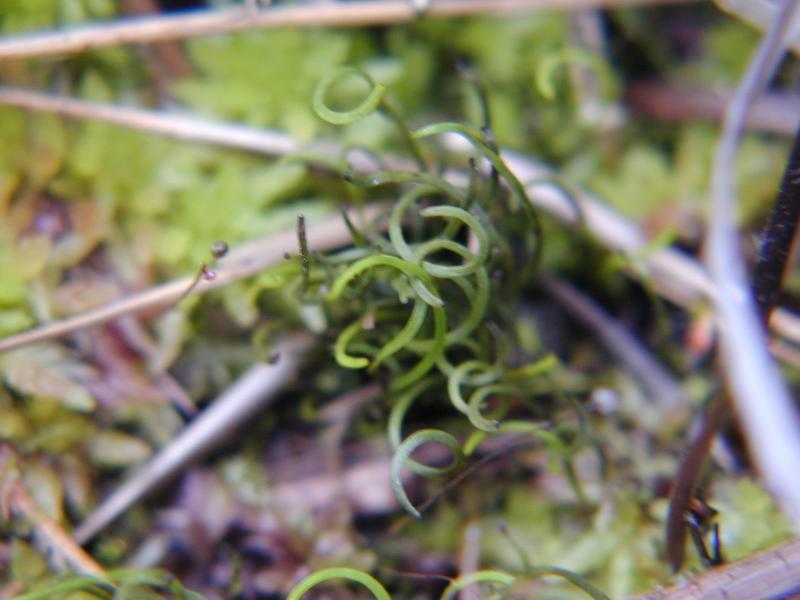 It's almost impossible to find this tiny fern without getting down on one's hands and knees, but be careful not to crush it! The genus Schizaea is from the Greek word schizo, to cut, and refers to the fertile frond that is delicately cut and divided (Meehan 1879).

The existing population has declined over the last few decades and two older records have not been rediscovered.

This plant has always been very rare in New York, and its numbers have been in severe decline over the last 90 years.

Severe drought or severe flooding is a threat to the remaining population as well as too many visits and trampling by people wanting to see the only population in New York.

Visits to the lone remaining site should be restricted .

Monitoring of this population and its response to habitat changes is needed.

At the only New York population still known to exist, Curlygrass Fern is found on higher sphagnous mounds within a series of low, wet swales. Historically it was also collected from cranberry bogs (New York Natural Heritage Program 2011). On hummocks in bogs or wet grassy places in acid soil (Gleason and Cronquist 1991). Open damp peaty or sandy depressions, sphagnous bogs and low mossy open woods, or even in crevices of ledgy shores, tablelands and lowlands (Fernald 1970).

In New York this tiny fern is known only from the Montauk area of Suffolk County, Long Island.

It is rare throughout its range in Newfoundland, Nova Scotia, and New Brunswick in Canada and in New York, New Jersey, and Delaware in the United States. It is considered exotic in North Carolina.

Curlygrass Fern is a small fern which grows low to the ground. The sterile and fertile leaves (fronds) are differently shaped. The sterile fronds are spiraling, curly, and slender (1-5 centimeters long by 0.2-0.3 millimeters wide), and form dense, crowded, somewhat grasslike tufts. The fertile fronds are much longer, slender (barely 0.5 mm wide), and erect (up to 10 centimeters tall). The fertile portion terminal, arranged into 3-8 pairs of crowded, finger-like pinnae 1.5 to 4 millimeters long, with multicellular hairs along their margins (FNA 1997).

Plants with fertile fronds are much more likely to be found, though an astute and lucky observer may identify vegetative plants as well.

Curlygrass Fern is unlike any other fern within the NY flora. Because of its rarity and diminutive size, locating this plant is much more difficult than identifying it.

Vegetative plants may, with lots of luck, be found from June until fall.

The time of year you would expect to find Curlygrass Fern vegetative and fruiting in New York. 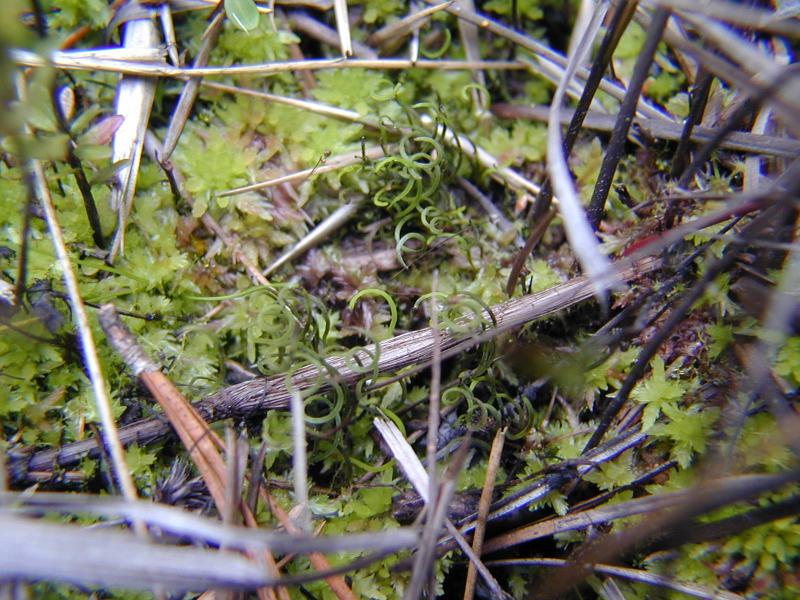